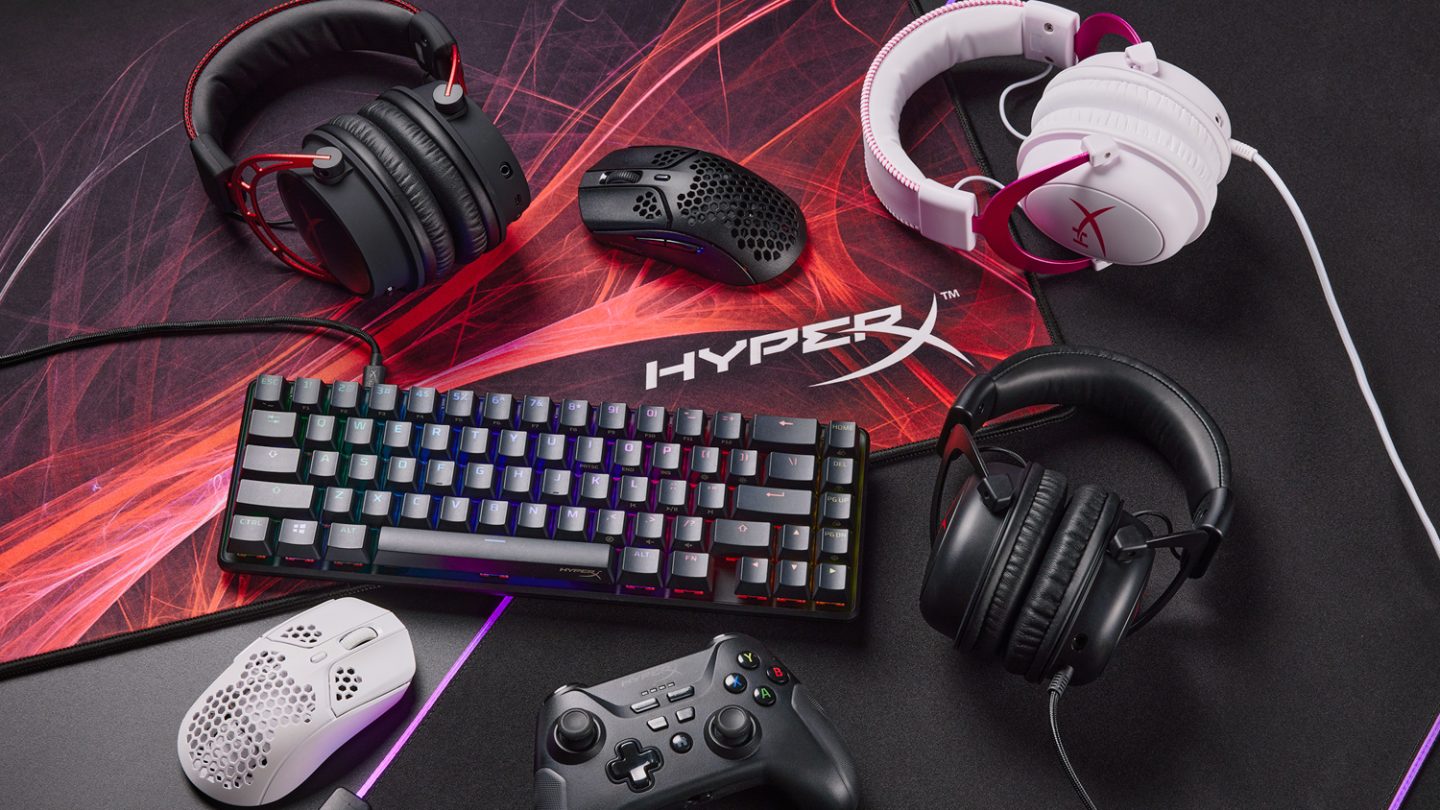 Here’s everything HyperX announced at CES 2022.

First up is the new HyperX Cloud Alpha, which has long reigned as one of the best gaming headsets in its price range. The new model’s headline feature is that it offers a massive 300-hour battery life on a single charge — seriously beating out any of the competition. 300 hours is absolutely huge, and means that you could go months before needing to charge the battery.

The headset has other features too. For example, it supports DTS Headphone:X for a more immersive listening experience, and uses HyperX’s new Dual Chamber Technology for a slimmer and lighter design. And, as usual, the headset is built to be relatively comfortable and lightweight — as previous models have been.

Gaming on the go is becoming increasingly common, especially with the rise of game-streaming. The new Clutch wireless gaming controller is built to allow users to game with comfort straight from their phone. The controller has supports Android devices through Bluetooth, or through a 2.4GHz wireless receiver. It also supports wired use with a PC through a USB-C to USB-A cable. The Clutch offers 19 hours of battery life on a single charge. It comes with a clip that should fit most smartphones.

Next up is HyperX’s latest gaming mouse, the Pulsefire Haste. This mouse has a new honeycomb hex shell design that HyperX says will provide quicker movements and better ventilation. Not only that, but that mouse offers better wireless tech through a 2.4GHz connection. And, it should last up to a hefty 100 hours on a single charge.

Perhaps even better is the fact that the mouse offers size programmable buttons and is rated for up to an impressive 80 million clicks. Don’t expect the mouse to break quickly.

Mechanical keyboards are all the rage these days, thanks to their tactile feel. The Alloy Origins 65 is HyperX’s latest mechanical keyboard, and offers a 65% form-factor, while still keeping dedicated arrow keys, delete, page up, and page down. Each switch is rated for up to 80 million clicks, meaning that the keyboard should last years to come. The keyboard uses premium double shot PBT keycaps, and has RGB backlighting that can be controlled through HyperX’s NGENUITY software. It’s available with either HyperX Red linear switches, or Aqua tactile switches.

The new Cloud Alpha isn’t HyperX’s only new gaming headset. The company has also taken the wraps off of the new Cloud II gaming headset. The Cloud II is built with a new advanced audio control box that enables 7.1 virtual surround sound. It also features HyperX memory foam, covered in a premium leatherette and an aluminum frame for better durability.

According to the company, users can easily turn 7.1 surround on and off using a simple button. And, the device offers multi-device compatibility.

Last but not least is the new HyperX Cloud Core gaming headset. This headset is the cheapest in HyperX’s new line, but still supports DTS Headphone:X technology for an immersive experience. Not only that, but the headset also has an aluminum frame and comfortable fit. And, it has a detachable microphone that is both Discord and TeamSpeak certified.