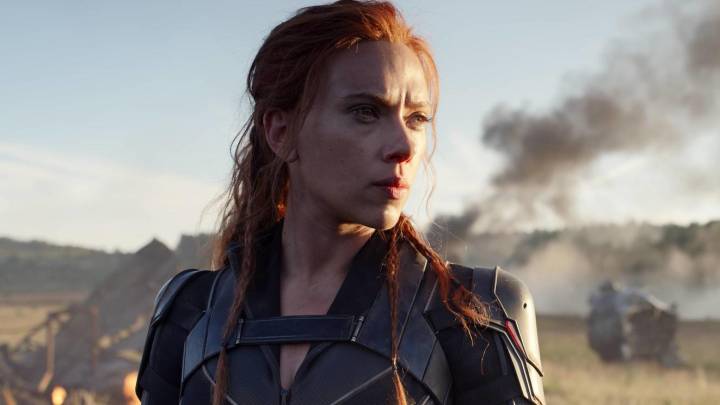 Black Widow should have been Marvel’s first massive success of the MCU’s Phase 4. It’s a movie that fans have been waiting for years for Marvel to make, but the studio needed more than a decade to finally deliver the film that is deserved by both the titular character and the actress who played her in so many MCU adventures. But the pandemic ruined that glorious Phase 4 opening that Black Widow would have delivered.

The movie’s release was delayed several times because of the pandemic, but it will finally be released on July 9th. It’ll still be the first MCU Phase 4 movie, but not the first Marvel adventure to kickstart this new phase. That title goes to WandaVision, which launched in mid-January. It’s because of the pandemic that Black Widow’s box office success might take a severe hit since the film will launch online at the same time as its theatrical release. Also, the launch delays allowed various rumors to trickle in, detailing other Marvel films set to be released around Black Widow. As it stands right now, Eternals and Spider-Man: No Way Home seem to be the most exciting Marvel films of the year, and they appear to be a lot more interesting than Black Widow.

Of course, Black Widow still should be a ton of fun to watch. And it turns out that the film might have a huge plot twist we never saw coming despite seeing plenty of Black Widow leaks so far. Before you read any further though, we’ll warn you that massive spoilers might follow below.

As always with leaks and rumors, what’s about to follow below can’t be verified at this time. The new plot leak comes from 4chan, a constant source of MCU leaks. Some of them end up panning out and being the real deal, but many other supposed leaks end up being little more than fan fiction.

Before we get to the supposed Black Widow plot twist, we’ll remind you that we’ve seen several plot leaks already that tell somewhat similar stories, complete with similar descriptions of a post-credit scene — head to this link to check out some of the latest ones. While those leaks can’t be verified either, they point to the same character being one of the film’s main villains. Mason (O-T Fagbenle) is supposedly the Taskmaster, a character we’ve already seen in the Black Widow trailers that Marvel has released.

The new 4chan leak puts an entirely different spin on things. It’s not Mason who will be Taskmaster in the movie, but Olga Kurylenko’s character Anya Dreykov. Anya is the daughter of Viktor Dreykov (Ray Winstone), and some of the previous Black Widow leaks mentioned this character without giving it an identity. If the new leak is to be believed, then Kurylenko plays Anya, and Anya is the Taskmaster. That would be a huge twist.

Taskmaster is Olga Kurylenko’s character Anya Dreykov, the daughter of Ray Winstone’s character Viktor Dreykov, the director of the Red Room. She was Natasha’s best friend, but when Natasha decided to escape, Anya tried to stop her and they fought. Natasha was forced to choose between leaving Anya to die in an explosion and escape, or rescue her and risk being recaptured. She chose to escape, something that has always haunted her.

Anya was severely injured but survived and was rebuilt by Dreykov and Rachel Weisz’s character Melina Vostokoff with cybernetic enhancements, including to analyze and mimic other people’s fighting skills. Anya lives under Dreykov’s control and is ordered by Dreykov to recapture Natasha. In the end, Natasha is once again forced to choose between leaving Anya to die to escape or helping her and risk capture. This time, she chooses Anya, who forgives Natasha and dies in her arms from the injuries she suffered in the final battle.

O.T. Fagbenle’s character Rick Mason is a red herring in regards to being Taskmaster, but he is secretly working for Dreykov and wants revenge against Natasha for ruining his life by leaking S.H.I.E.L.D.’s secrets online, exposing his identity and forcing him to live underground. Also, the movie ends with Ross retrieving the specs for Taskmaster’s implants and planning to create his own version.

Reports in early April said that Kurylenko has a mysterious role in Black Widow, although that’s yet to be confirmed. The actress isn’t credited for the film yet, but that kind of secrecy is just what you’d expect from Marvel.