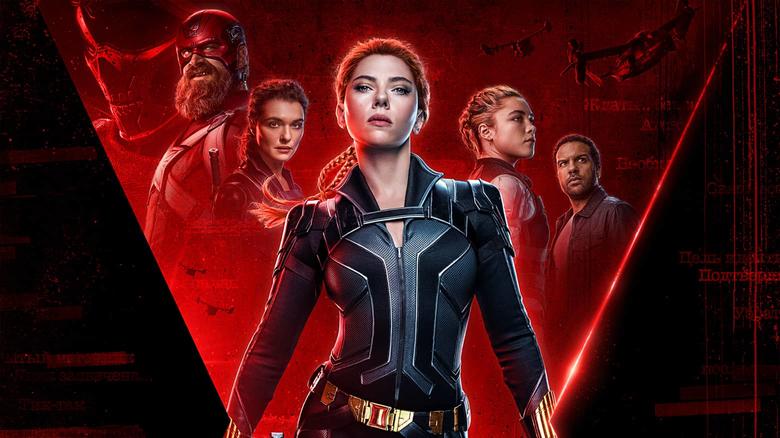 As long as the novel coronavirus pandemic is out of control, movies won’t return to cinemas. Spending more than two hours in the same closed space with plenty of strangers isn’t exactly the best thing you could do to limit the spread. Some of the upcoming attractions will launch online but don’t count on studios releasing their biggest blockbusters via streaming services. Disney’s Black Widow has a tentative launch date of November 6th, but there’s no telling whether will be able to honor it.

Just days ago, we learned that Christopher Nolan’s Tenet premiere was pushed back again as the number of COVID-19 cases continues to increase in the US. Black Widow would probably sell even more tickets than Tenet, considering the massive interest in MCU films. After all, Black Widow is the first film of the MCU Phase 4, and it’s the film that both the actress and the heroine deserve. Scarlett Johansson played Black Widow in nine Marvel movies, including here the unreleased Black Widow and her Captain Marvel uncredited cameo. Black Widow is long overdue, and it’s now being delayed on account of the COVID-19 health crisis.

That said, fans who enjoy spoilers should be thrilled to hear that the entire plot of the film and the two credits scenes have leaked again. While there’s no way of verifying any of the information at this time, we’d caution everyone else to avoid the spoilers below, as they might be real, including the first major plot twist of Phase 4.

This isn’t the first time that the Black Widow plot or credit scenes have leaked. We’ve already shown you two similar plot leaks from late 2019 — the November 2019 and October 2019 leaks. The January 2020 leak gave us the purported credits scenes of the film.

This brings us to the latest Black Widow account, the July 2020 leak, which comes from 4chan via Reddit. It’s supposedly from a marketing team that was shown the film, as is looking at alternatives to make the most of a movie that would have likely made a billion dollars at the box office:

is in a real fuckin tizzy trying to figure out what to do with Mulan and Black Widow with all these Covid delays. They’ve been showing the movies to all sorts of different teams to see what the best way to re-coup their investment is. My marketing team was one. I feel safe sharing this because of the sheer amount of people in this industry I know who’ve seen the movie.

The plot is a lot more detailed than the 2019 leaks, but it offers the same general picture as them. The person who wrote the account on 4chan either had actual access to the full film, or they just the previous leaks and filled in the blanks using their imagination.

That said, the leaker says the movie starts right after Civil War, as Black Widow runs from the government, in search of a device that would help Captain America’s faction avoid detection. The same device was previously used by Black Widows.

So the movie opens with RDJ’s voice over a timecard setting up that it’s right at the end of Civil War. He tells Nat she needs to run, because they’re gonna come after her the hardest due to her past. She gets on a motorcycle and drives away from the Avengers facility and we get the Marvel logo. […]

Back in the present/past/when the fucking movie is set, Nat goes to Budapest. She’s looking for something to make her/Cap/Sam be untraceable. There’s a voice cameo of Anthony Mackie as she relays info to him. She knows that Yelena can find it, because the Red Room used to use it for its Widows.

Yelena Belova, Nat’s Black Widow sister, is the obvious destination for Nat. That’s the only family she had before the Avengers, and that’s how Nat will end up joining Melina and breaking Red Guardian out of prison.

Melina knows that Taskmaster, the villain of Black Widow, is training a new generation of Widows.

As they’re scheming to take Taskmaster’s program down, they’re met by a former love interest of Nat’s.

While crossing a border they are captured by CIA agent Rick Mason. Nat and him used to fuck. He reveals he’s working for Thunderbolt Ross directly to bring them back home. Ross and Widow make a deal that if Mason accompanies them the whole way, and she turns herself in after, they’ll be allowed to continue shutting the Red Room down.

We see a flashback of a younger Ross and younger Nat making a similar deal when she’s recruited into Shield. Ross wanted her for his own reasons but says something like ‘Fury always gets what he wants ever since he saved the world from aliens or whatever.’

I’m butchering it but Hurt’s delivery of it was maybe the best joke in the movie.

Taskmaster eventually kills Mason, and he dispatches of Red Guardian in front of Nat, Yelena, and Melina, after fighting him. It’s all part of the “big finale in the mountains you’ve all seen in the trailer.” That’s where we’ll learn Melina is actually one of the bad guys of the film. She’s looking for revenge as Nat killed her kid and the man she loved many years ago. That man is Dreykov, who ran the Black Widow program before. The leak tells us that an early flashback in the movie actually shows us how Natasha killed him and his kid.

This is also where we find out that Mason is Taskmaster, just as all the other leaks say. Melina wore his suit to fake his death before:

Melina escapes to suit up in this pretty sick armor thing. They are surrounded by Widows and Taskmaster says he’s won but then Nat and Yelena give a real ‘girl power’ speech and the Widows decide to help them. They overwhelm Taskmaster by attacking him all at once. Nat and Yelena using eachothers moves (something else set up in flashbacks) to confuse him. They finally have him beaten and on his knees but Nat won’t kill him because of their past. Yelena doesn’t hesitate and shoots him through his cracked mask in what to me felt like super cringey moment. She tells Nat go ahead. Nat’s bleeding and her suit is cut open so Yelena gives her her vest and says she’ll see her on the other side.

Nat has to face Melina and kills her after offering her the chance to surrender and forgive her. Natasha says that killing Dreykov’s daughter has haunted her for 20 years.

Nat and Yelena meet and hug goodbye. That’s how Nat ends up keeping Yelena’s vest, as Yelena doesn’t want it back.

Yelena feels bad that their whole family fell apart or died. But Nat says that this made her realize she already has a family worth dying for in the Avengers. She offers Yelena to come with her, but Yelena says saving the world isn’t her thing. Nat points out they just did and Yelena smiles and says ‘well that was a one off’ then rides off.

After all of this, Yelena does steal the gadget that Nat was looking for, and Natasha realizes it at the end of the film.

The actual major Black Widow twist comes up in the credits scenes. We learn not only that Mason is still alive, but that he was still working with Ross and Yelena:

Post credits 1 is Yelena walking into a dark warehouse. A bunch of soldiers point guns at her. Her casually puts her hands up and throws the device on a table. Sitting at the table is Thunderbolt Ross.

Taskmaster is there and Yelena gets pissed saying that he killed her friend and that wasn’t part of the plan.

He takes off his helmet to reveal a bandage and points out that she returned the favor by shooting him in the head. She points out it’s not the first time she’s done that.

She says to Ross ‘I think that relieves me of our deal.’

And Ross responds ‘oh no, we’re just getting started.’

The second scene is Clint looking at Nat’s grave in the future, the kind of moment the audience did not get back in Avengers: Endgame:

Final credits scene is Clint looking at Natasha’s grave with his kids. Nice tender moment, but honestly a bit of emotional whiplash from the twisty turning spy movie that preceded it.

The plot and credits scenes are very much in line with the late 2019 and January 2020 leaks, especially the post-credits moments. This is either confirmation that all these leaks are real, or that they’re all fake. We won’t know until releases Black Widow in theaters or online.

While you wait, you can inspect this new leak in full below: