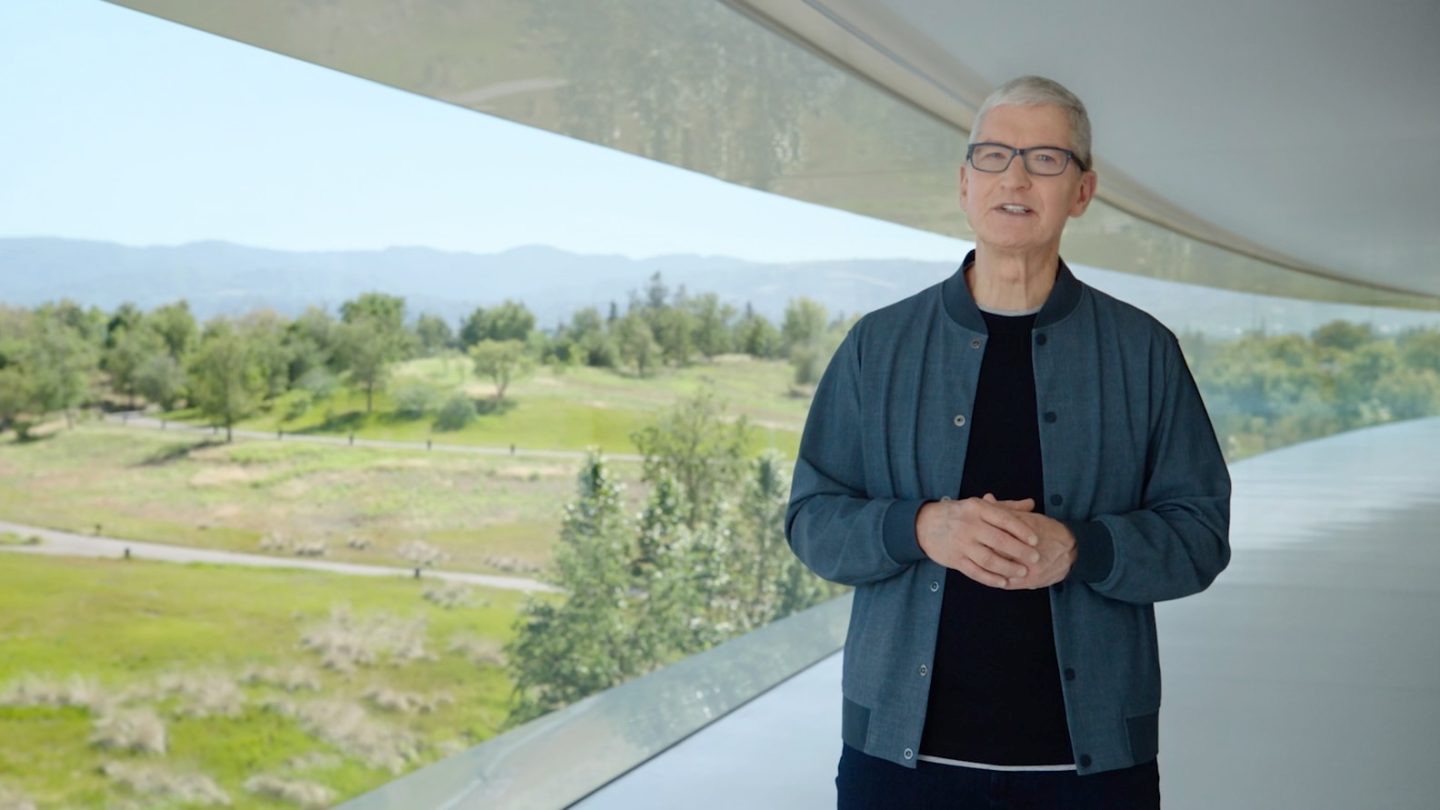 Apple’s Worldwide Developer Conference is finally here. The keynote has ended, and boy was it a big year for software in Apple-land. For the uninitiated, WWDC is where Apple announces its next-generation software, from the new operating system for the iPhone to upgrades to apps. WWDC 2022 was no different.

What we don’t always get at WWDC, however, is new hardware — but this year was a little different. At the event, Apple announced a new MacBook Air and a slightly revamped MacBook Pro, after months of rumors and leaks.

Interested in learning more about Apple’s next generation of products? Here are the biggest announcements we saw at WWDC 2022.

iOS is getting a pretty major revamp for iOS 16. It all starts with the lock screen, which now allows you to edit the color and font for the clock and date, and add complication-like widgets to the lock screen that can give you information at a glance. These complications can be things like your activity rings, calendar, and so on.

Notifications aren’t getting a complete revamp, but Apple is making it easier to keep track of things happening in real time. Live Activites allow you to do things like keep an eye on the score of a game, or on the progress of your Uber, without having to resort to opening apps.

Apple’s watch operating system is getting a few new features, but not the same level of features that are coming to iOS 16. WatchOS 9 now supports a number of new watch faces, along with new banner notifications, and a new share sheet.

Perhaps the biggest change to watchOS 9 comes in the form of the new Workout app. The app will now be able to show more information at a glance, including vertical oscillation. Different workout views let you see only the information you want to see at any given moment, including heart rate zones, which are now supported by the Workout app. Lastly, the app supports multi-sport workouts, automatically switching for triathletes, for example.

Other new features include the ability to track sleep stages, and better track your medications, when you need to take them, and any drug interactions that you should be aware of.

Apple’s Mac operating system is getting some great updates too. The latest version of MacOS is called MacOS Ventura, and while it doesn’t necessarily bring a huge update to MacOS< it does bring a few new features that should come in handy. Notably, MacOS Ventura supports a new multitasking feature that Apple calls Stage Manager. This feature lets you have one main app or set of apps open on the screen, and easily change to other app windows or sets of windows by clicking on them on the left of the screen. It’s a little difficult to explain, and not a feature that everyone will use, but those that tend to have lots of apps open at a time might find it helpful.

Other refinements in Ventura include changes to Mail, which now lets you undo sending an email, and schedule the sending of an email. And, Safari on MacOS supports a new PassKey feature that is aimed at getting rid of passwords.

The iPad is getting much better multitasking. Apple is bringing the same Stage Manager feature from MacOS to the iPad. That has a number of implications. For starters, not only can you easily switch between windows and apps, but you can also resize your windows, and set them up the way you want them on the screen. Sizable windows is a feature that users have been asking for for years on iPadOS.

Apart from that, iPadOS 16 gets a number of other updates from MacOS. Mail and Safari are getting the same updates, for example. And, iPadOS will get things like better ways to collaborate through Messages, and more.

Apple is finally entering the next generation of its custom-built silicon. At WWDC 2022, the company took the wraps off of the new M2 chip, which takes the M1 chip, and adds things like support for more unified memory. Apple says that the M2 chip can perform up to 40% better than the previous-generation M1.

Speaking of the M2, the first laptop to feature it is the 2022 MacBook Air. The new MacBook Air offers a revamped design, better internals, and more.

The design of the laptop is much closer to the new MacBook Pro than the last-generation MacBook Air. It has a notch in the 13.6-inch display, along with flatter sides. Gone is the tapered shape, in fact. On the sides, you’ll get a MagSafe charging port, and two Thunderbolt 4 ports. And, the laptop is available in a number of new colors, including Midnight and Starlight, on top of Silver and Space Gray. The laptop is 11mm thick, and weighs 2.7 pounds.

Apart from the new design and better performance, the new laptop offers a brighter screen, and a notch that hides a 1,080p camera.

Unfortunately, the new MacBook Air is more expensive than the last generation model, coming at $1,200. It will be available in July.

The entry-level MacBook Pro is getting the M2 treatment too, though at this point it’s a little hard to figure out why you might want it. The 13-inch MacBook Pro looks the same as it has for the past few years, with the M2 chip, and support for up to 24GB of RAM. Otherwise, it’s the same as before. It will be available for $1,300 in July.