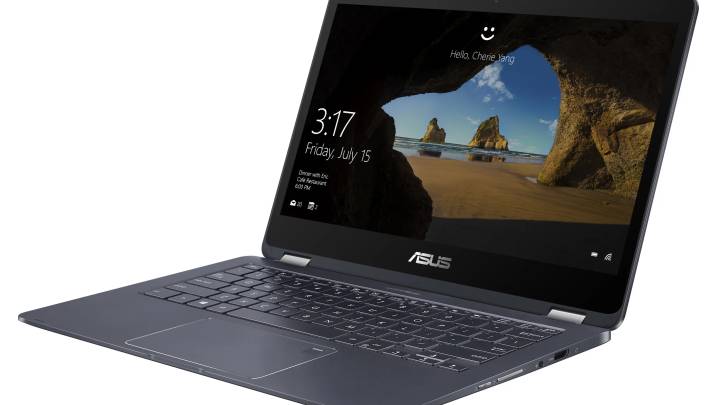 At an event in Hawaii today, Qualcomm and Microsoft revealed that the popular Snapdragon line of processors — which run every flagship Android smartphone you’ve ever heard of — is coming to PCs. This is a huge deal for a number of geeky tech reasons, but there’s one huge takeaway for anyone who uses a PC: Battery life is about to get ridiculous.

The architecture of Qualcomm’s Snapdragon processors is fundamentally much more efficient than the x86 and x64 processor architectures that have traditionally powered Windows devices. We’re talking 20 hours of battery life, rather than 8; devices that turn on as fast as an iPad, rather than taking 20 seconds to resume from sleep; and always-on LTE connectivity that doesn’t drain your battery life.

Qualcomm first announced that Snapdragon system on chips were coming to Windows early this year, but we do finally have news that a real concrete product is going to be released. Asus has the honor of being first, with the Asus NovaGo connected PC. It’s a fairly standard convertible laptop with a hinge that lets you flip the keyboard around behind the screen, but this one has a few impressive spec claims to make: 22 hours of battery life, and gigabit LTE download speeds, thanks to LTE-Advanced technologies like 4×4 MIMO and 4-carrier aggregation.

The Qualcomm SoC is the Snapdragon 835, the same processor that’s powered phones like the Pixel 2 and LG V30. It’s paired with up to 256GB of flash storage and 8GB of RAM, which should be enough for some heavy web browsing sessions.

The Qualcomm-powered Windows devices can run “optimized” versions of regular Windows Store apps, but might feel a little limited compared to full-powered Windows PCs when it comes to the applications you can run. Think of them more as an alternative to Chromebooks or the Retina MacBook than something that’s going to replace your gaming rig.

The Asus NovaGo will start at $600 for the version with 4GB RAM/64GB of storage, or $800 for the full-fat 8GB/256GB version. Interestingly, that means the price is going to be very close to smartphones that have the same internals. A release date wasn’t mentioned, but the fact that we’ve got a price and a full list of specs means we should be hoping for a release date sooner rather than later

HP also announced a new device using Snapdragon, this one a tablet with detachable keyboard like the Microsoft Surface. Qualcomm is also promising a raft of new devices from big PC makers like Lenovo, which we’ll see at CES in January.