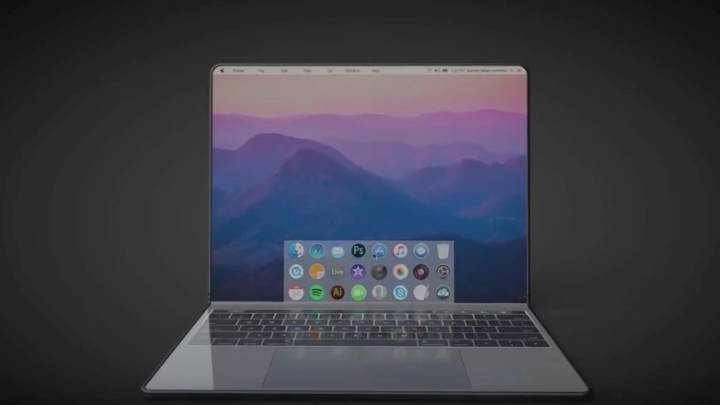 A report said recently that Apple is already prototyping an ARM MacBook, a device that features a touchscreen, LTE support, as well as a mix of macOS and iOS software. Then we heard that Apple has been poaching Intel engineers lately for the same ARM MacBook project.

That said, there’s no evidence that the ARM MacBook is coming soon, and previous rumors did say that Apple will launch these devices in 2020. And while we don’t have anything from Apple to back up these speculations, I’m pretty certain that ARM MacBooks are coming. Just look at what the competition is doing.

Earlier this week we learned that Dell might be making a “Surface Phone” smartphone/laptop device that will be powered by an upgraded version of the Snapdragon 845 processor. Clocked higher than the processor currently powering the top Android handsets out there, the Snapdragon 850 has been designed specifically for ARM laptops running Windows 10.

Last year, Qualcomm put the Snapdragon 835 in phones and laptops. At the time, I told you that while notebooks with all-day battery life and always-on connectivity are exciting, you should wait for the Snapdragon 845 versions to come out.

But you can forget all about the Snapdragon 850 already. WinFuture has learned that Qualcomm is making a Snapdragon 1000 processor, which will power Windows 10 devices starting with late 2018 or early 2019. Asus is supposedly the maker of the first Snapdragon 1000-powered laptop, which is called Primus internally.

No details are available about the Snapdragon 1000, but the device is supposedly more powerful than the Snapdragon 850, as Qualcomm is looking to better compete against Intel in the laptop chip-making business.

WinFuture says that the Snapdragon 1000 should have a TDP (thermal design power) of 6.5 watts, an increase of 1.5 watts over the Snapdragon 845, which can only be explained by a significant increase in performance. Intel’s 7th-gen Core i processors have a TDP of 7 watts.

Add to all these Qualcomm rumors ARM’s Cortex-A76 processor announcement, a chip that will deliver laptop-grade performance with smartphone-like power consumption and the picture is pretty clear. Apple’s rivals are already working on significantly improved laptops that can offer more power, impressive battery life, and 4G (5G? even) connectivity.

Now, Apple’s chip unit is already producing iPhone processors that are more powerful than anything available from Qualcomm or Samsung. There’s no way Tim Cook and Co. are not making an ARM MacBook to take on all these ARM devices ready to run Windows 10 and other Microsoft applications out of the box. No way.

When will the ARM MacBook come out? You know the deal: Whenever Apple feels it’s ready to ship, and not a moment before.