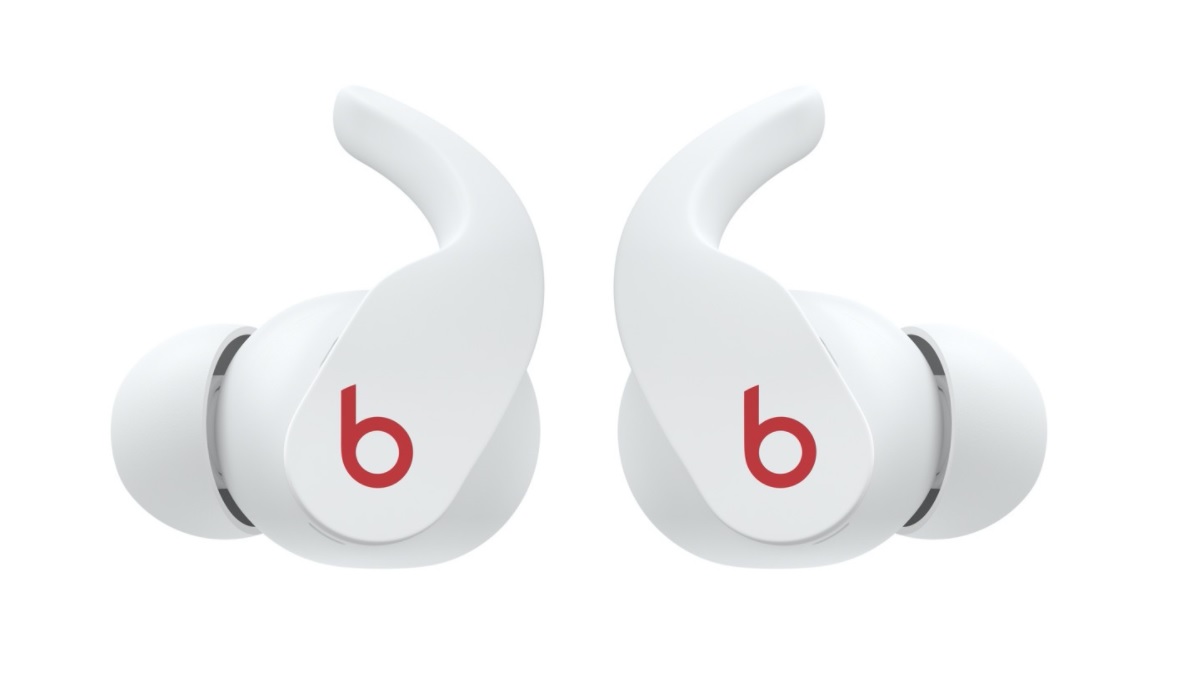 Apple announced a number of new products at its Unleashed event earlier this week. The company debuted two new custom chips, new colors for the HomePod mini, and the third-generation AirPods. But even on the day of a hardware reveal event, Apple couldn’t contain leaks about an unannounced device. On Monday, 9to5Mac shared details and images of the Beats Fit Pro. The site says that Apple will announce the new earbuds on the week of November 1st, likely in a press release.

According to 9to5Mac, the Beats Fit Pro will be similar to the Beats Studio Buds that Apple introduced earlier this year. Based on the leaked images, the design will be similar, as a whole Fit Pro earbud sits inside the ear. The Fit Pro charging case looks somewhat different, though, taking cues from the case for the Powerbeats Pro. 9to5Mac also notes Powerbeats Pro will still be available after Apple launches the Beats Fit Pro, in case you prefer earbuds with a more substantial footprint.

As for specifications and features, the Beats Fit Pro are shaping up to be a premium set of earbuds. In addition to Active Noise Cancellation, Apple will also bring its H1 chip to the Fit Pro. The H1 chip, which improves wireless connectivity, wasn’t present in the Beats Studio Buds.

Sources tell 9to5Mac that Beats Fit Pro will have a six-hour battery life with Active Noise Cancellation or Transparency mode turned on. With Adaptive EQ, the Beats Fit Pro’s batteries can last up to seven hours. While using the charging case, you can squeeze up to 30 hours out of them. Additionally, the Fit Pro earbuds feature Class 1 Bluetooth and a built-in accelerometer.

Interestingly, the Beats Fit Pro might also be the best Apple earbuds for Android users. Sources claim Android users should be able to access quick pairing, battery levels, and custom controls through the Beats app. Finally, the new earbuds should come in black, gray, purple, and white.

Here’s an animation of the new earbuds that @AppleSWUpdates shared on Twitter:

There’s no word on the price, but the Beats Studio Buds sold for $149.99 at launch. Considering these have added functionality and use the word “Pro” in their name, we would bet these will be at least as expensive, if not more so. Once again, sources expect Apple to confirm the existence of the earbuds two weeks from now. They should then start shipping to customers a few days later.