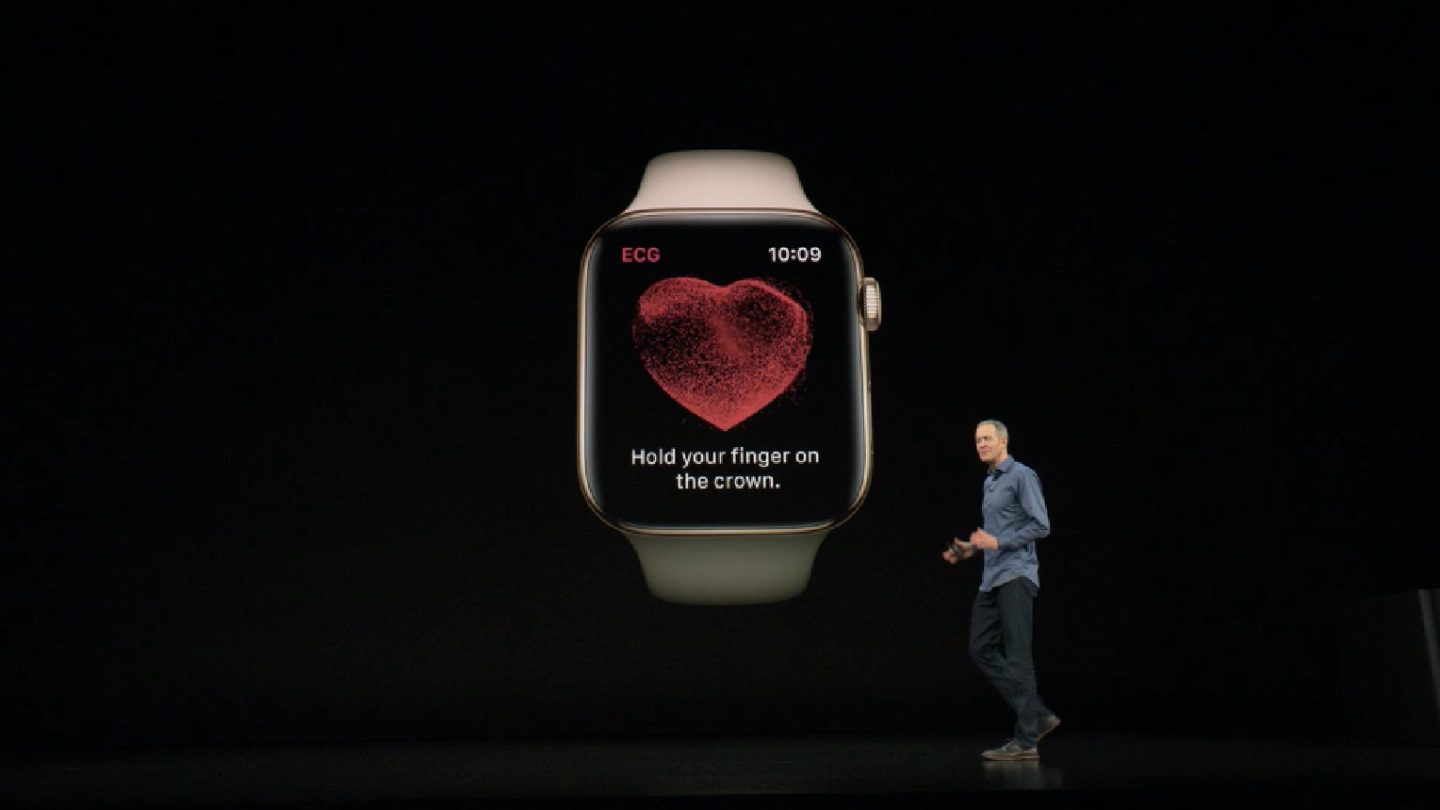 Apple CEO Tim Cook garnered a ton of press coverage recently from one pretty straightforward assessment he gave about what he thinks the iPhone maker’s ultimate legacy will be. At some point in the future, he mused, we’ll all look back and regard Apple’s “greatest contribution” to humanity being its work in the area of personal health — a space where the company has certainly been making an even deeper push these days.

At a core of that work, of course, is the latest iteration of the Apple Watch and all the things it can do around spurring people to be healthier. Everyone already has a sense of some of the most powerful and potentially game-changing features of the Apple Watch Series 4, like its ability to take an ECG right there on your wrist. But Apple is trying to take things even farther — it’s launched a just-announced study with Johnson & Johnson, for example, to see if the watch can be used to spot the risk of a stroke.

Back in November, you’ll recall, Apple also entered into a partnership with Stanford University School of Medicine for a still-ongoing Apple Heart Study app that collects data on irregular heart rhythms using the watch’s heart rate sensor. For this new study, Apple and the pharmaceutical giant are trying to see if the watch can diagnose atrial fibrillation or AFib, even earlier. AFib, of course, is a leading cause of stroke and responsible for some 130,000 deaths a year in the US. What’s worse, as many as 30 percent of AFib causes don’t get reported until life-threatening issues show up, at which point it’s almost too late.

Apple COO Jeff Williams has said the company is getting thank-you letters on a pretty regular basis from people who discover they have AFib and catch it in time. Which helps explain why the company wants to get a better understanding about the condition and about the role the watch can play in that understanding.

The study with Johnson & Johnson will be limited to people who are at least 65 years old and who wear the Apple Watch Series 4, which has a couple of different tools used to detect AFib. They include an irregular heart rhythm notification as well as an ECG app that’s been cleared by the U.S. Food and Drug Administration.

The new study will kick off later this year, with details on how to participate coming soon.