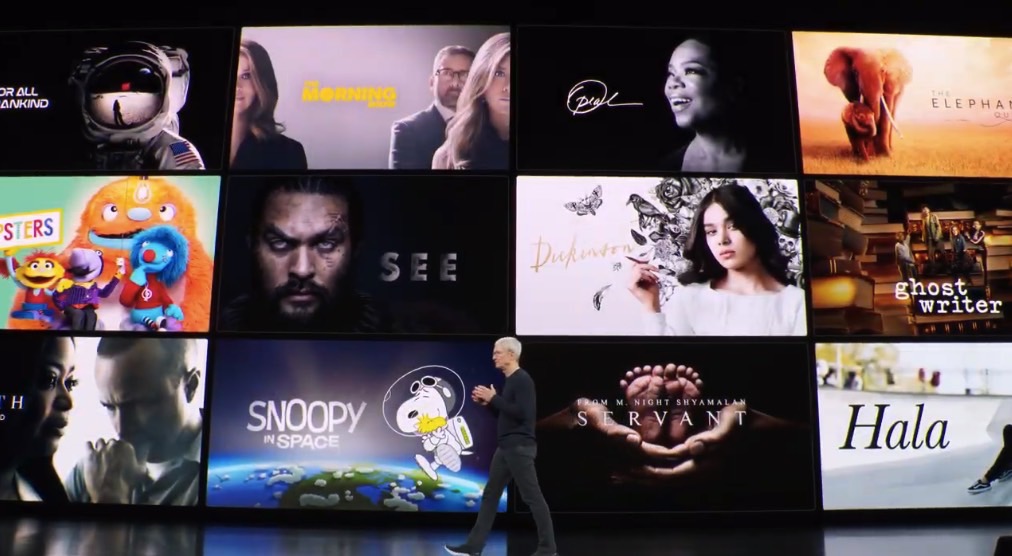 Today at Apple’s highly-anticipated fall iPhone event, the company spent finally revealed some of the key details of the new streaming service +.

+ says the first shows on the service will launch on November 1st, with additional Apple original shows coming shortly thereafter. The service will be priced at a mere $4.99, and Apple is taking the deal one step further by including a full year of with new purchases of iPhone, iPad, Mac, and .

We’ve already seen a handful of trailers for the service’s original content, but this event brought with it a new teaser. We got our first look at See, a new sci-fi drama starring Jason Momoa, about a civilization that lost its sight.

It’s unclear at this point what shows will be ready to go for the November 1st launch, but Tim Cook was careful with his wording, saying only that “the first shows” would launch on that date, and leaving us to guess what exactly that means.

+ has always looked like a bit of a tough sell in the face of established competitors like Netflix, Hulu, and . Still, the super-low price and the fact that so many people will get to watch the shows for a full year after picking up a new iPhone, iPad, or other Apple hardware means that it’ll likely have a sizable audience right out of the gate.