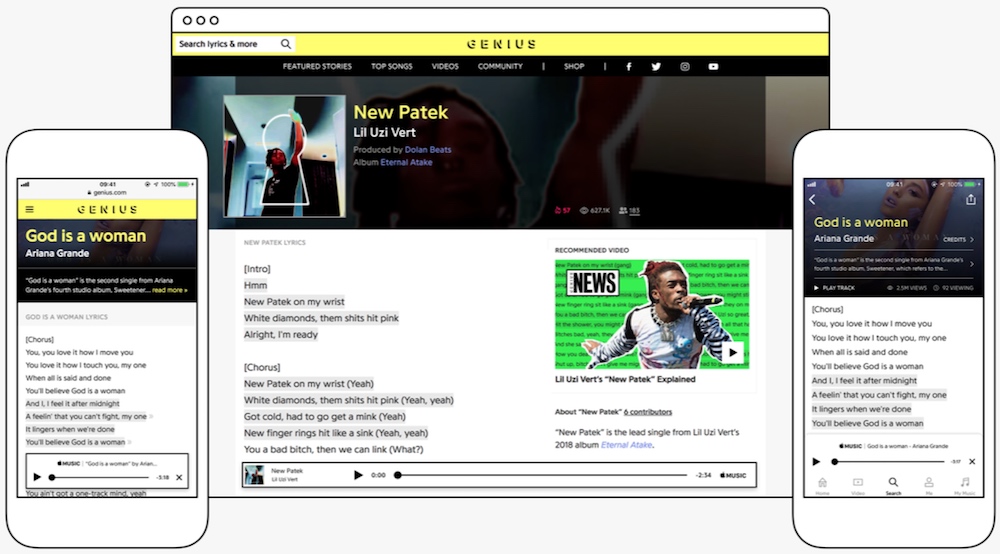 Additionally, Apple Music is now the official music player for Genius.com. What this means is that subscribers who visit Genius’ website can log into the site and play songs directly from within the browser. It’s a nice little perk that certainly makes the Apple Music experience a tad more compelling.

“Being able to read lyrics and annotations on Genius while you listen along on Apple Music is a dream Genius experience,” Ben Gross of Genius said in a statement. “We’re proud to make Apple Music our official music player, and we’re doubly excited to bring Genius lyrics to their amazing platform.”

Genius’ blog post on the new partnership reads in part:

Lyrics on Apple Music won’t look exactly like they do on Genius since we have some different formatting (for example, section headers), but the lyrical content will be consistent across both platforms. For now, that means we won’t be able to tell whether the lyrics for a given song on Apple Music come from Genius or not, but there may be updates on this in the future, so stay tuned!

As to how the neck and neck battle between Apple Music and Spotify is shaking out, a report from this past summer claimed that Apple Music now boasts more paying subscribers than Spotify in the United States.