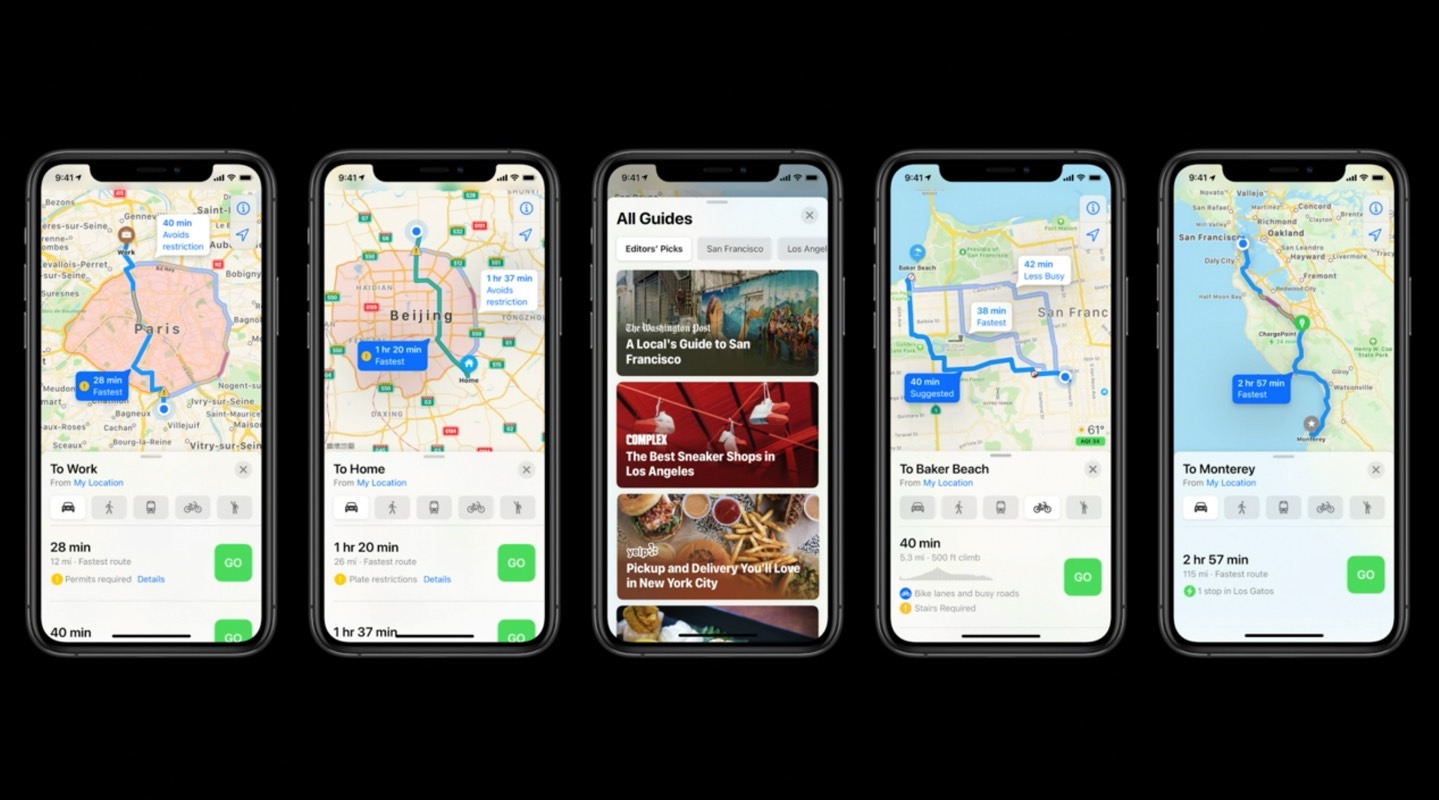 Cycling enthusiasts with Apple devices should be happy to hear that Apple Maps now supports navigation directions in all 50 US states. Hawaii is the last state to get cycling navigation in Apple Maps, with the feature covering the entire continental US as of July.

The company announced support for cycling navigation in Apple Maps at WWDC 2020 when it introduced iOS 14. But the feature wasn’t available nationwide in the US. Similarly, only a few international markets support it, although Apple continues to extend coverage.

Hawaii’s addition to the list of supported US states means all Americans can now take advantage of Apple Maps for cycling directions. Or switch to Apple Maps if they’ve been relying on Google Maps or something else until now.

The news comes from Redditors who posted screenshots showing the feature in Hawaii. The animation at this link shows the aggressive rollout of cycling directions support in the US over the past few months.

Comparatively, Google Maps is still miles ahead of Apple when it comes to supporting international cycling support. Google Maps has the feature in 30 countries, having launched it in 2010, a decade before Apple.

While Google Maps might have much wider coverage than Apple Maps, Apple’s cycling directions have been smarter until recently.

Apple Maps offers bikers detailed information about the route ahead, which is also crucial for picking a path. The app will show elevation data and specify whether there are any stairs along the way. That way, users will know whether to select a different route to avoid carrying the bike up the stairs or steep inclines.

Moreover, Apple Maps cycling navigation will also provide information about the journey, specifying whether or not the chosen road has bike lanes.

Google has only recently added granular details to cycling navigation in Google Maps. The app will also display elevation data stairs. Furthermore, Google Maps will also provide information about how busy a route is when it comes to car traffic.

Whatever app you choose for cycling directions, you should enjoy a good experience, assuming your country is covered.