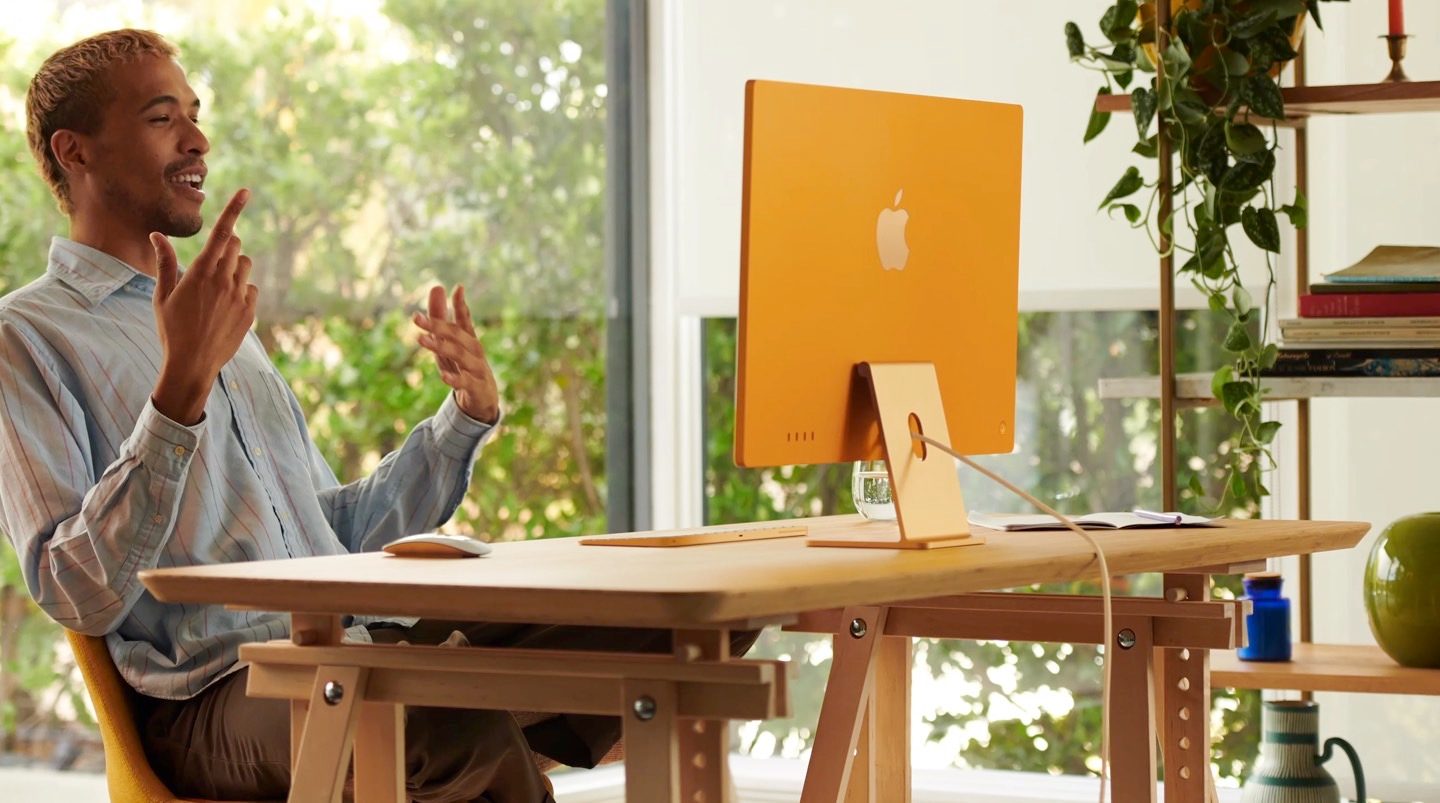 This past April, Apple at long last introduced a completely revamped iMac. The new 24-inch iMac, which replaces the existing 21.5-inch design, comes in an assortment of colors that are clearly a throwback to the iMac G3 of yore. Given that the overall look and feel of the iMac hadn’t changed much over the last 10 years, Mac fans were beyond enthused to see Apple’s iconic desktop receive a redesign from the ground up. But where is the new 27-inch iMac?

When Apple introduced the new smaller iMac, it didn’t even mention the existing larger model. A few months later, word has now emerged that we can expect to see a revamp of the 27-inch model in the near future.

When will Apple replace the aluminum 27-inch iMac

According to Mark Gurman, who has a solid record with respect to Apple rumors, a replacement for the larger iMac is “en route.” Though Gurman doesn’t provide any more information concerning a release date, it’s plausible that we might see Apple announce the new desktop later this fall. Presumably, Apple will want to release a revamped iMac before Thanksgiving in order to take advantage of the busy holiday shopping season.

What will Apple’s next-gen desktop bring to the table

The rumored new iMac will likely boast a larger display due to thinner bezels, similar to how the new 24-inch iMac has more screen real estate than its predecessor. In other words, Apple will be able to increase the screen size without necessarily designing a larger machine.

More interesting than the display size on the 27-inch iMac is that Apple’s new iMac could house a next-gen M2 processor.

“I don’t think, however, that Apple will launch the larger model with the same M1 chip that’s in the smaller model,” Gurman notes. “It likely will be an M1X, the beefier version of the current ‌M1‌, or an M2X.”

Given how insanely fast the M1 is, we can only imagine what type of performance an M2 might deliver. Not too long ago, Apple executive Bob Borchers recounted a wild anecdote about the development of the M1. Specifically, Borchers relayed that the battery life provided by the M1 on a MacBook was so great that Apple engineers initially thought the indicator was broken.

“When we saw that first system, and then you sat there and played with it for a few hours and the battery didn’t move, we thought ‘Oh man, that’s a bug, the battery indicator is broken,” Borchers said. “And then Tim [Milet]’s laughing in the background, ‘Nope, that’s the way it’s supposed to be,’ and it was pretty phenomenal.”

Milet, for those unfamiliar, is Apple’s VP of platform architecture.

Also, note that the M1 on the 24-inch iMac is 85% faster than the most recent 21.5-inch iMac. The machine also offers 2x faster GPU performance and 3x faster machine learning thanks to the 16-core Neural Engine in M1. It stands to reason that Apple will deliver similar performance improvements on the 27-inch iMac replacement as well.

As a final point, Mac sales overall have been on the rise in recent months. The surge in sales is likely due to the M1 processor and a growing number of employees now working from home. During the second quarter of 2021, Mac sales grew by nearly 10%. In fact, the Mac in some quarters is now more profitable for Apple than the iPad. We’ll get a better grasp on the state of the Mac when Apple announces its earnings later this month.