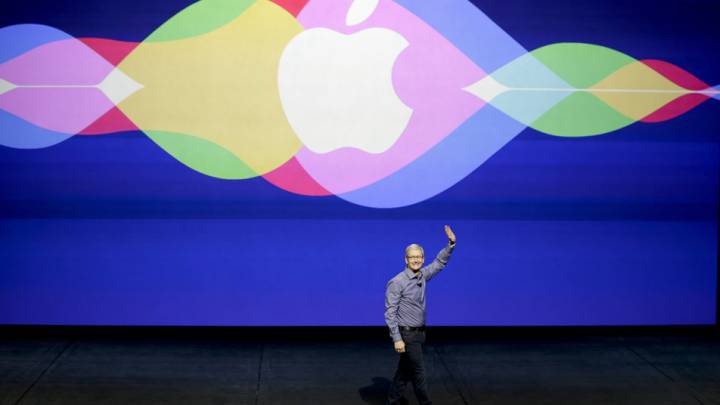 Have you managed to catch your breath yet, Apple fans? Holy moly did Apple put on a show today in Cupertino, as millions of people from around the world followed along from their smartphones, tablets, computers, and televisions. Well, they all got their money’s worth on Tuesday, as did the hundreds of avid Apple fans in attendance in the just-opened Steve Jobs Theater.

We all know that the iPhone X was the star of the show today, but it was hardly the only big announcement from Apple. The company’s event on Tuesday was packed full of product announcements that spanned nearly every major product category in Apple’s portfolio. From new phones and watches to a new Apple TV and everything in between, this post will recap every single one of the big announcements from today’s historic press conference.

CEO Tim Cook started the show by discussing Apple Park, lovingly referred to by people outside Apple as the spaceship campus. The opening of Steve Jobs Theater on Tuesday was the first step in Apple’s move to the new campus, and Cook said that Apple staff will begin moving in later this year.

Of note, Apple Park is powered by 100% renewable energy, including one of the world’s largest on-site solar installations.

Apple Watch Series 3 might look just like last year’s Apple Watch model from afar, but it has been improved in every way. Plus… it finally has built-in cellular data connectivity. The watch no longer needs to be connected to a phone for core functions like phone calls, messaging, mapping, and even Apple Music streaming.

Apple added a new dual-core processor to the Apple Watch Series 3 that is a whopping 70% faster than the chipset in last year’s model. Apple also added plenty of new bands to its lineup, as well as a new gray ceramic Apple Watch Edition model. The Apple Watch Series 3 starts at $329 without cellular and $399 with integrated LTE, and it will be released on September 22nd.

The new Apple TV 4K adds 4K resolution (obviously) to the Apple TV lineup for the first time, and it also adds support for HDR. This finally means the Apple TV can take advantage of modern technologies found in high-end UDH TVs on the market right now. In fact, you don’t even need a high-end TV anymore to get 4K resolution and HDR support.

The new Apple TV 4K features Apple’s A10x chip, which offers four times faster graphics than the chip in the previous-gen Apple TV. Apple will also upgrade FHD iTunes purchases to 4K once the content is available in 4K. The Apple TV 4K will start at $179, and it ships on September 22nd.

Find out everything you need to know about the new Apple TV 4K in our earlier coverage.

Apple’s sequels to the iPhone 7 and iPhone 7 Plus are such significant upgrades that Apple decided to skip the “S” models that typically follow new number series iPhones. The new iPhone 8 and iPhone 8 Plus look similar to last year’s models from afar, but they feature fresh new designs with glass backs that are color-matched to the aluminum edges of the phone. They will come in three colors, silver, space gray and a new gold finish never before seen on an iPhone. Oh yeah, and they have wireless charging too, of course.

Everything you need to know about Apple’s hot new iPhone 8 and iPhone 8 Plus can be found in this post.

The iPhone X is everything we expected it to be from all the leaks, and so much more. Learn all about it right here.