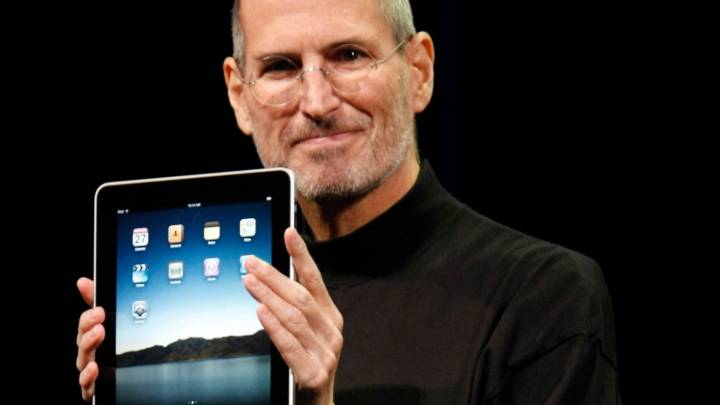 “We want to kick off 2010 by introducing a truly magical and revolutionary product today.”

Those were the first words Steve Jobs uttered as he walked across the stage, in his trademark jeans and black turtleneck, to open his keynote address — some would say his last truly great product keynote before his passing the following year — at the Yerba Buena Center in San Francisco 10 years ago today.  It was the big reveal, finally, of Apple’s long-awaited tablet computer, the iPad, and it’s interesting to look back and consider the world it was entering at this time in 2010.

HBO was still a year away from airing its first episode of Game of Thrones, and Netflix hadn’t yet begun broadcasting House of Cards — its first foray into the world of original programming with which it would soon become so inextricably linked. We mention both of those, irrelevant as it might sound, because the iPad would go on to become an indispensable content consumption device for many users, arguably one of the tablet’s most enduring legacies today.

Of course, the thinking at the time was that the iPad could become a complement and maybe even a laptop replacement for some users. “It’s unbelievably great,” Apple’s then-CEO said during the presentation, “Way better than a laptop, way better than a smartphone.” In the official announcement sent out that same day, Apple raved about the tablet thus: “Apple today introduced iPad, a revolutionary device for browsing the web, reading and sending email, enjoying photos, watching videos, listening to music, playing games, reading e-books and much more.”

Apple was a different company back then, yet in many ways the same. Before he got to the actual iPad unveiling, Steve took a moment in that keynote to express his disbelief about Apple recently hitting $50 billion in annual sales (a figure the company totally dwarfed last year, when that number hit $260 billion). He also took a moment to note that Apple had at that point recently sold its 250 millionth iPod, which was still a key product at the time for the company. Compare that, however, to the fact that Apple sold its 2 billionth iPhone some two years ago.

Here, for an added bit of nostalgia, is the first TV spot Apple ran to promote the iPad, back during the Academy Awards in March of 2010:

Watching Steve’s iPad keynote it feels like forever ago, when the tech industry by and large still excited most people instead of eliciting mixed feelings and trepidation about privacy and the like. Facebook was still on its march to global dominance — heck, it was still a moment when having a Facebook page seemed like something you had to do, and the social giant was still two years away from buying Instagram.

The full presentation, which you can watch above, stands as one of the final reminders of how masterful Steve was at product reveals and how he could whip up Apple fans into a fever pitch heading into and during one of those announcements. The tablet is still likely not a complete, perfect computer replacement for many users, although Apple does now offer Pro models that are more fully-featured and with peripherals like a keyboard and Apple Pencil. I don’t know about you, but my iPad is a constant companion with me especially during travel, when I can do everything from email maintenance to reading e-books and watching shows and movies. It’s not a laptop replacement for me, but I’m still glad to have it, nevertheless.