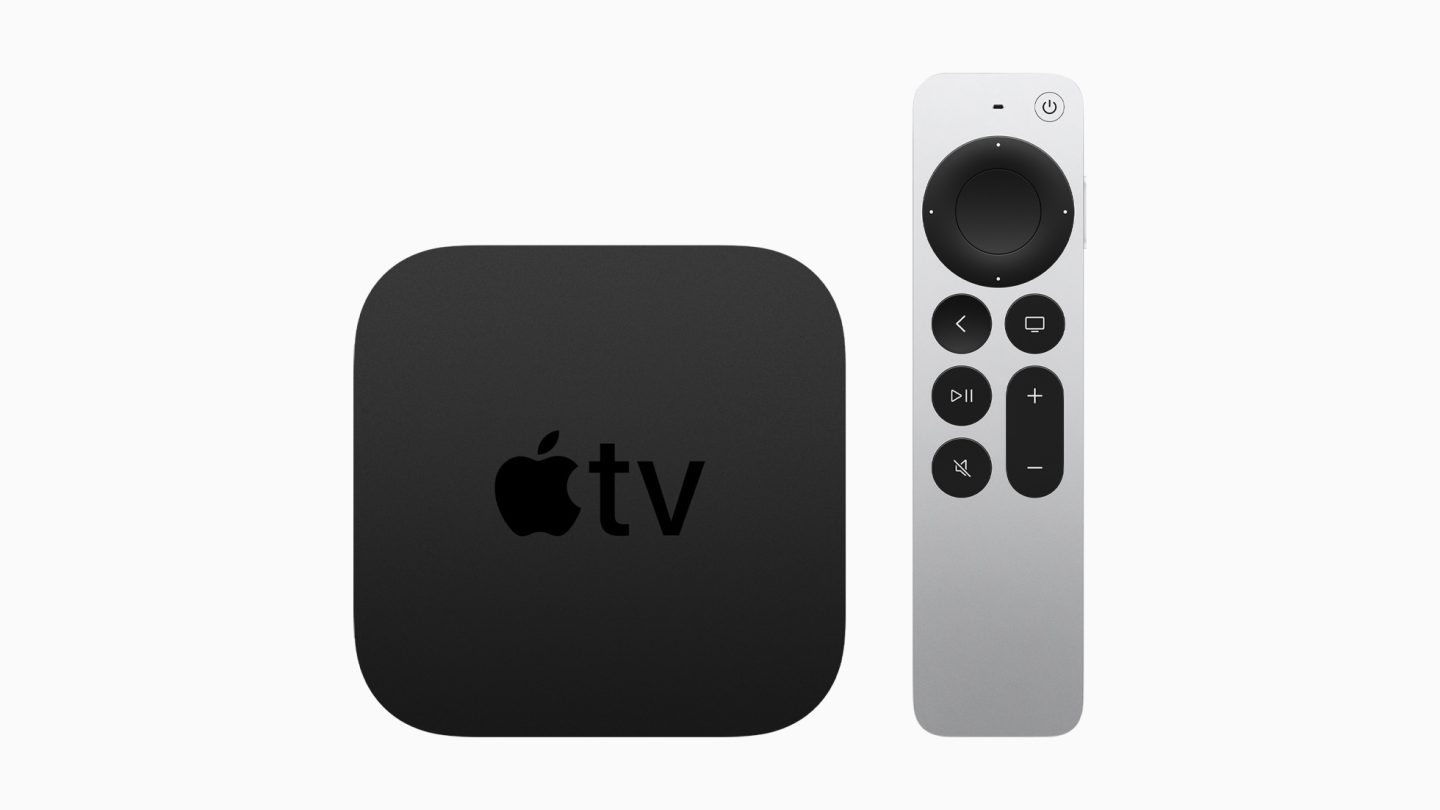 Among the benefits include a new color balance feature, and it works with your iPhone and the advanced sensors therein to improve TV picture quality. It also now has much more accurate color without having to adjust your TV, making your TV look better than ever. Order on April 30, and they’ll be available in the second half of May.

From Apple’s announcement: “At the heart of the new Apple TV 4K is the A12 Bionic chip that provides a significant boost in graphics performance, video decoding, and audio processing. And with an all-new design, the Siri Remote makes it even easier to watch shows and movies on with intuitive navigation controls.”

We know plenty of you have gripes about the Siri Remote, and here’s what Apple says about the redesign. It includes a clickpad control that offers five-way navigation for better accuracy, and it’s also touch-enabled for quick directional swipes. The outer ring of the clickpad also supports a new circular gesture that turns it into a “jog control” that Apple says is perfect for finding a scene in a movie or show. With its one-piece aluminum design, the new Siri Remote also supposedly fits more comfortably in a user’s hand.

“ 4K is in a category of its own, leveraging a deep integration of Apple hardware, software, and services that delivers a massive upgrade to any TV for the very best cinematic experience,” said Bob Borchers, Apple’s vice president of Worldwide Product Marketing. “With the A12 Bionic and the all-new Siri Remote, 4K lets customers enjoy their favorite shows, movies, and more in the highest quality, with simple and intuitive controls. And of course, 4K offers easy access to Apple services, along with thousands of apps on the App Store for even more entertainment options.”

Additional details: With the A12 Bionic chip, Apple says that 4K also now supports high frame rate HDR and Dolby Vision video, enabling fast-moving action at 60 frames per second to play more smoothly and appear more lifelike than ever before. Additionally, Apple is working with video providers like FOX Sports, NBCUniversal, Paramount+ and more as they begin to stream in high frame rate HDR. And with high frame rate support in AirPlay, videos shot on iPhone 12 Pro can be displayed in full 60-fps Dolby Vision on the new 4K.

And now for the good stuff — pricing.

The new 4K will be available starting at $179 in the US from apple.com, in the Apple Store app, and Apple Store locations. 4K is also available through Apple Authorized Resellers and select pay TV providers. You can order the new 4K starting Friday, April 30, with availability beginning in the second half of May in more than 30 countries and regions, including the US.