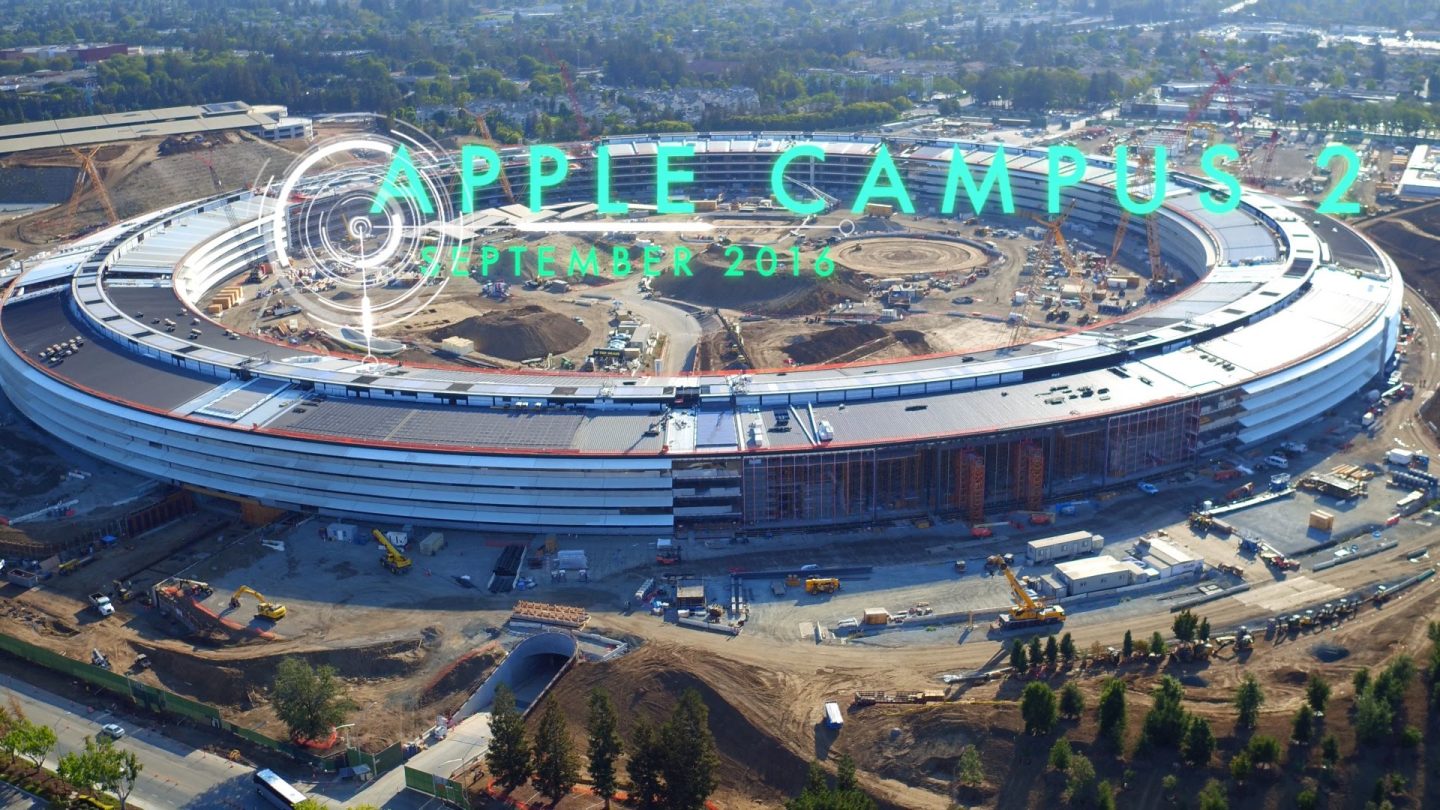 Apple’s product development normally happens in absolute secrecy, but that’s kinda hard to pull off when you’re constructing something that looks like a giant UFO. As Apple’s Campus 2 site has undergone construction, we’ve continued to get frequent drone videos of the progress.

Both videos are shot with DJI drones, although with different levels of quality. Duncan Sinfield used a DJI Inspire 1 to capture images of the solar panels going in on the roof of the main building, which is a far cry from what the structure looked like a year ago. Landscaping is one of the areas that still needs a lot of work before any employees move in next year. At the moment, everything apart from the main buildings are just big piles of dirt (some of them particularly big).

The second video was filmed by Matthew Roberts using a Phantom 3 Pro. The smaller drone managed to get closer to the roof, and you can clearly see all the HVAC hardware Apple is having to install for all of its hard-working humans.