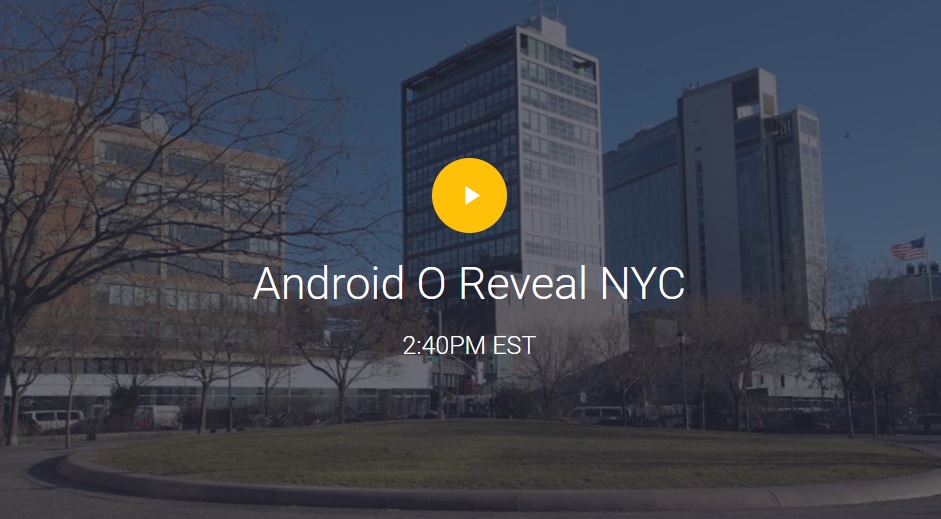 At long last, Google is finally ready to tell us everything we’ve been dying to know about Android O. The first developer preview rolled out back in March, with three more arriving in May, June and July. But even though we know many of the new features and improvements of the new mobile OS, we still don’t know what it’s going to be called or when it will be available to the public. That should change today.

In celebration of the total solar eclipse taking place on August 21st, Google will host a live streamed event from New York City at 2:40 PM EDT, which is “when you’ll meet the next release of Android and all of its super (sweet) new powers.” Google didn’t provide any specific details about what the event would consist of, but considering Android 7.0 Nougat launched on August 22nd last year, we’d be shocked if a release date wasn’t among the announcements made during the stream.

Back in March, we covered some of the most exciting advancements of Android O, including optimizing background activity for improved battery life, support for higher-quality audio, notification channels and picture-in-picture videos. From a visual perspective, Android O isn’t a major overhaul, but those who are able to upgrade their phones to Android O will notice the difference.

As for the name, recent leaks seem to indicate that Oreo is brand that Google opted to partner with this time around, but Nova Launcher’s Cliff Wade stirred the pot with this tweet on Sunday afternoon. If you want to find out who’s right, you can watch the live stream below at 2:40 PM EDT: