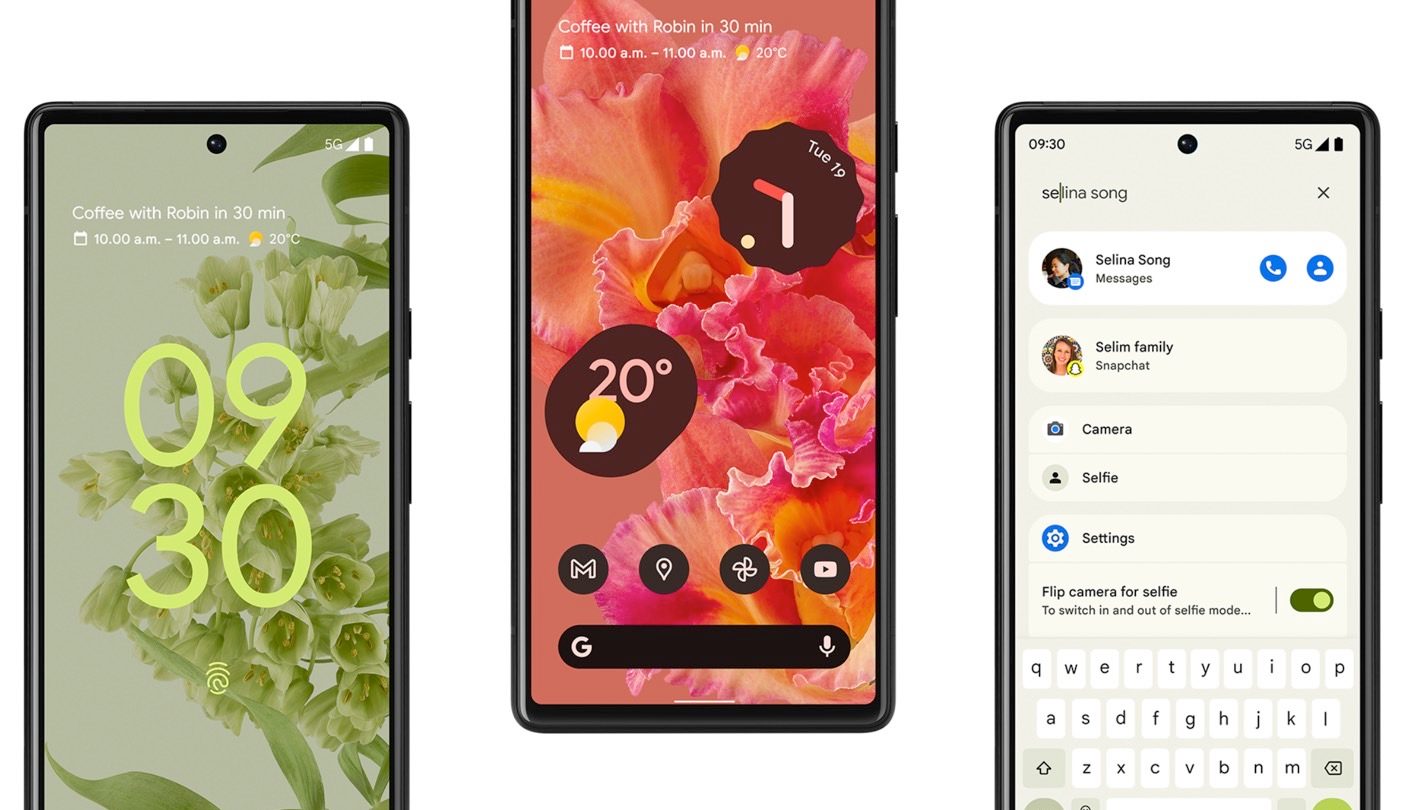 Android 12’s release is officially here. While it’s been available on the Android Open Source Project (AOSP), it’s finally making an official debut on smartphones with the Pixel lineup. The new operating system is a huge upgrade from Android 11, including new customization and privacy options.

As exciting as its release may be, Android 12 is only available on a few select phones right now. More are slated to get the OS update later this year. For now, here’s everything we know about Android 12’s rollout, including which devices it’s available on.

Now that Android 12 is officially released, it’s bound to make its way to more phones throughout the coming months. As always, Google is putting its own phone lineup first, starting with recent Pixel devices.

Beginning on October 19, Android 12 became officially available to download on the Pixel 3, Pixel 3A, Pixel 4, Pixel 4A (5G), as well as the Pixel 5 and Pixel 5A. The upcoming Google Pixel 6 and Pixel 6 Pro will also launch with Android 12 already installed. You can download the update for the latest Pixel devices by heading into your system settings and checking for updates.

When it comes to other Android smartphones, availability on the Android 12 release is a bit spotty. Samsung phones are expected to receive the update sometime later this year. However, no official news has been shared at this time. We do know that Android 11 was released in December of 2020, so it’s possible we could see a similar release window for the next update.

Samsung tends to only update its phones that have been released in the past couple of years. As such, Android 12 is expected to hit the most recent Galaxy phones, as well as the devices from last year. Samsung has not shared an official list of supported devices yet.

Android 12 on other phones

Google and Samsung’s smartphones might be some of the most notable to get Android 12. But, the list of supported devices doesn’t stop there. Handsets from high-end manufacturers like Motorola, Nokia, OnePlus, Oppo, Realme, Xiaomi, Sony, Vivo, and Asus will also get the update. Some of these devices—like the Oppo Find X3 Pro and the OnePlus 9 Pro—already offer Android 12’s beta as a download. It’s possible they could see full releases before the end of the year.

Right now, the list of supported devices is very small, but we expect it to expand over the coming months and into 2022. You can keep track of the latest updates for your device in the system settings. Make sure to keep an eye out for any Android 12 update releases on your daily smartphone.