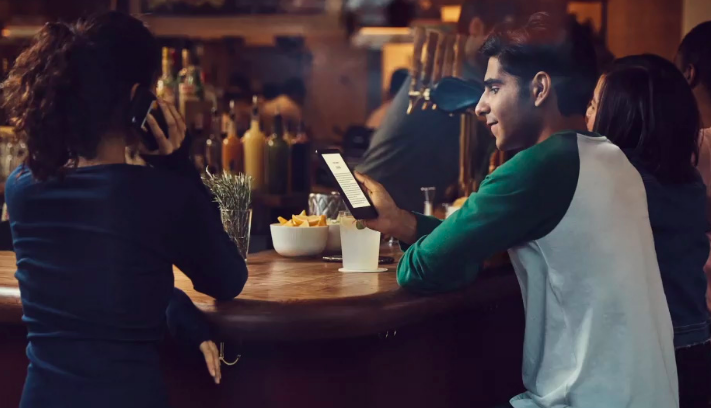 Amazon on Wednesday rolled out an updated version of its Kindle e-reader, giving the entry-level version of the tablet a small price bump and adding a front light to it — making this the first Kindle with a front light you can get your hands on for less than $100.

At that price, it no doubt sounds like quite a steal, though there are a few key points to be aware of. This $89.99 version of the device includes the screen saver ads you’ll have to accept, unless you want to pay more for a version of the Kindle without them. Amazon says this version of the Kindle also include updated electronic ink technology for better contrast, in addition to a six-inch, 167 PPI capacitive touch display.

That display contrasts with the 300 PPI version found on the Kindle Paperwhite and Oasis, with the $90 Kindle also being the only one in the device family that isn’t waterproof. So, again, there are some trade-offs if you want an e-reader at this low of a price.

In terms of what else is new about the updated entry-level Kindle … the front light is, well, kind of it. Which is not to say there aren’t myriad benefits to mention, especially if this is your first Kindle or maybe even your first e-reader. It’s thin and light, so it’s easy to hold, and the on-device storage allows you to keep thousands of books on hand. You also get a battery that lasts for weeks, and for a limited time, Amazon will give you three months of Kindle Unlimited for free (a $30 value) when you order the device.

Kindle Unlimited provides unlimited access to millions of titles, which lets you read popular authors across a range of genres as much as you want at no extra cost.

The new Kindle is available for pre-order today in white or black on Amazon’s website. It will start shipping on April 10. Amazon says that if you’re a previous Kindle owner, you can trade in your device to receive an Amazon.com gift card for the appraised value as well as a 25% discount on a new device, including the all-new Kindle. You can also buy a cover for your new Kindle for $29.99.