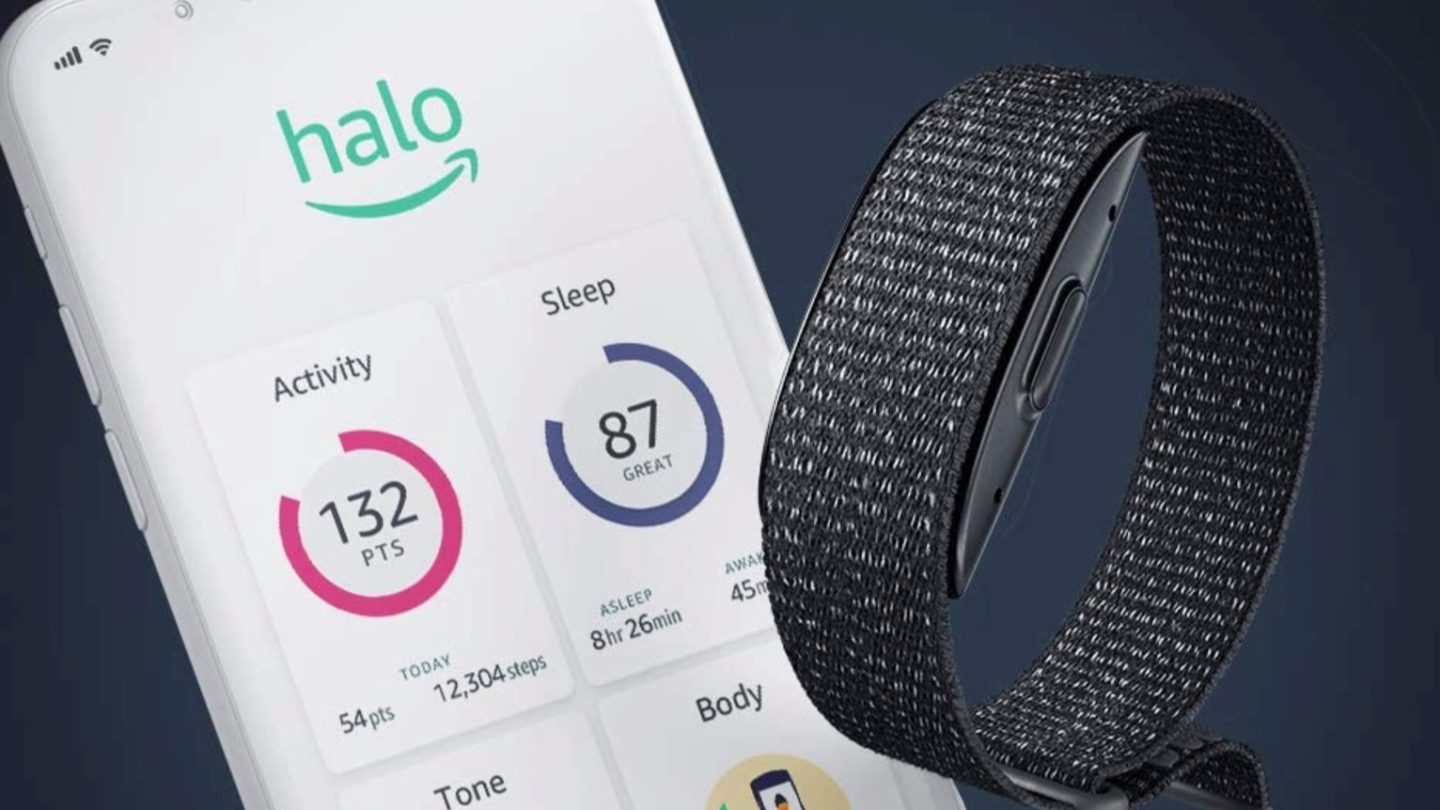 The Apple Watch is the standard of wearables, and there’s no disputing that. There’s no smartwatch like Apple’s, and all the rivals are looking at matching the Watch when it comes to design and especially health and fitness features. It’s the Apple Watch that has been leading the way, and we keep seeing reports from people who say the device may have saved their lives. Some of Apple’s rivals have developed all sorts of competing devices that rival the Apple Watch, including fitness bands that are more limited in scope when it comes to smart features, and full-fledged smartwatches. Amazon now joins that list with an unusual type of product. The Amazon Halo isn’t a smartwatch, as it has no screen whatsoever. The design of the Halo is even more minimal than your average fitness bands. But the device features more Apple Watch-like features that aren’t necessarily available on simpler bands. And it all happens via the companion smartphone app.

The Halo fitness retails for $64.99 during the early access program, and that gives you access to six free months of Halo. This product requires a subscription to work, which will cost you $3.99 a month, and that’s on top of what you pay for Amazon Prime. The price of the Halo will go up to $100 after the early access period, CNET explains, which makes the gadget a lot more affordable than the cheapest Apple Watch.

But, again, the gadget has no screen of its own. The band does come with a bunch of sensors that can measure heart rate, temperature, and count steps. A mobile app will let you access everything that Halo tracks and the smart band is a lot more ambitious than other similar gadgets. In addition to detecting your activity and performing heart rate and temperature checks, the Halo experience includes a sleep monitoring feature, an exercise score, and a voice tone monitor.

The last one is easily the most unusual feature of Halo, and it could be the most controversial one. The band listens to how you talk, to make sure that the tone of your voice matches the contents of the message you want to express. Yeah, that sounds rather creepy considering Amazon’s well-known issues at recording the voices of users via its Alexa gadgets. Only the Halo will not send that data to the cloud for training voice algorithms unless you opt into it. And it won’t listen to your voice at all if you don’t want to. The Halo’s only button acts as an on/off switch for the Tone feature.

Equally controversial is a feature that relies on your phone’s camera to take a photo of your entire body to then determine your shape and body fat percentage. As CNET explains, Amazon’s servers are involved in this process. You send the encrypted image to Amazon, which then analyzes it and beams back the results. The photo stays on your phone, and it’s gone from Amazon’s servers once the 3D data is processed. You’ll have to trust Amazon that it won’t abuse the feature and that the privacy works as intended. Amazon says that Amazon, “all scan images are fully deleted within 12 hours. The scan images aren’t viewed by anyone at Amazon and aren’t used for machine learning optimizations.”

The sleep tracker collects plenty of information about your sleep from your habits and monitors your temperature throughout the night to identify the sleeping conditions that are the most likely to improve the quality of your sleep.

The primary purpose of any fitness tracker is to track one’s activity, and the Halo will do that too. The band will automatically track walks and runs, but you’ll have to track other types of activity manually. The Halo app gives you points depending on the type of physical activity it detects or your input. The more effort, the more points you get, of course.

All these features rely on Amazon’s AI tools, and that’s what you’re paying through your subscription. But the band will work without a plan, though the experience will be more limited to basic tracking data.

Amazon says on its website that it has partnered with a variety of companies to improve your health and help you learn healthier habits. But CNET points out that Halo will not work initially with the two partners that matter most. That’s Apple’s HealthKit and Google’s Fit App, which track health data from all sorts of other devices, smartphones included.

When it comes to actual specs, the Halo band weighs up to 24g, depending on the size of the band, which is user-replaceable and customizable. It’s water-resistant up to 50M and connects to your smartphone via Bluetooth 5.0. The battery lasts up to 7 days if you disable the Tone app, and up to 2 days if you enable the feature. More information about Halo is available at this link.

UPDATE: Amazon reached out to BGR to make it clear that the Halo band’s subscription will not be compounded with the Prime membership, as the two are separate products. The wearable will also work without a Halo subscription attached, supporting more basic features like step counting, heart rate monitoring, and sleep tracking.

As for tracking activity, the Halo will use the heart rate monitor to automatically detect a physical activity without any manual input, as long as the heart rate is elevated for at least 10 minutes.

The article has been corrected to reflect that the Halo app will measure the body fat percentage, not the weight.