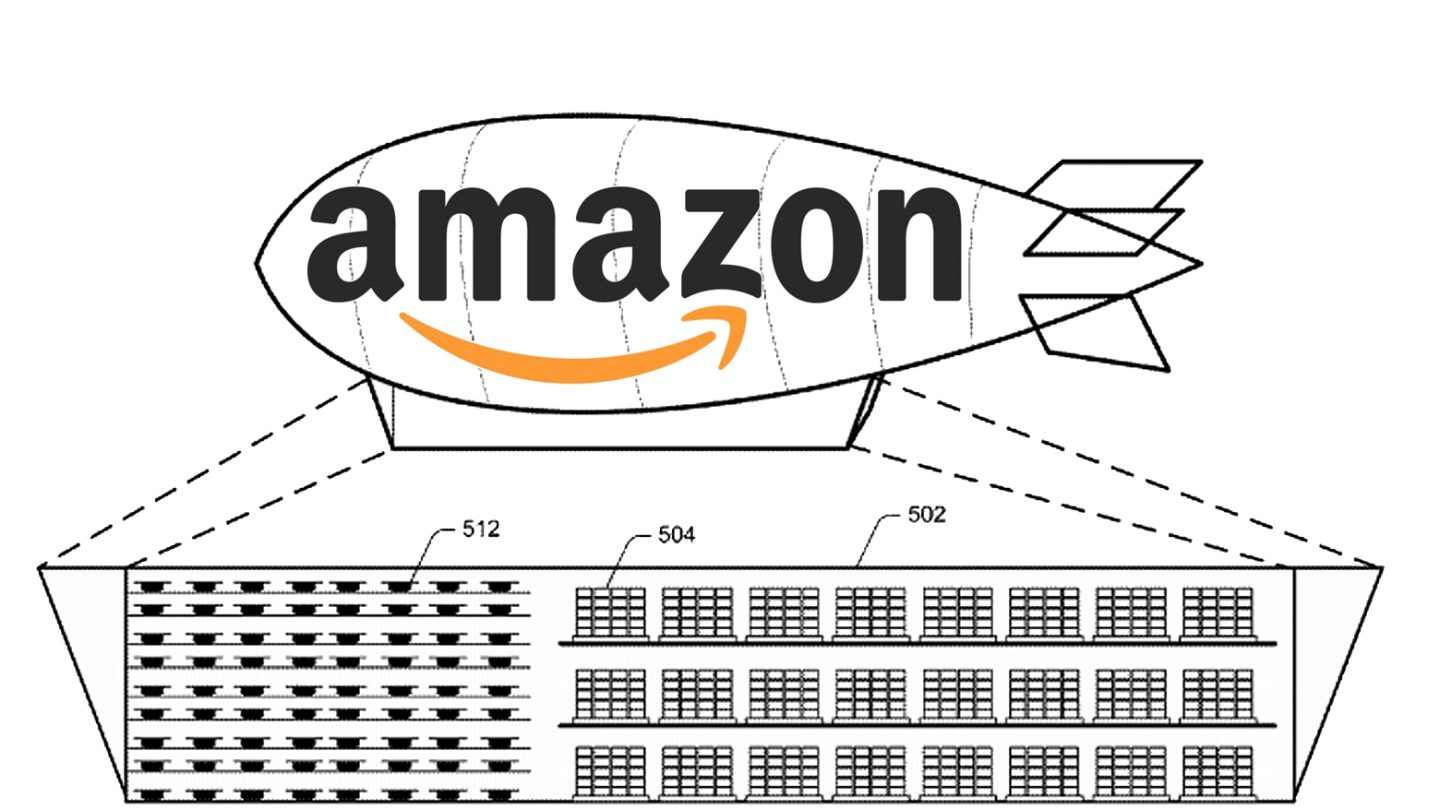 If Amazon’s free two-day shipping with and huge number of products available for next-day delivery for just a few dollars more isn’t fast enough for you, perhaps you’d rather just have the entire Amazon warehouse fly right to you. A recent patent by the online mega retailer suggests that just such a thing may be in its roadmap.

Amazon is already pioneering drone deliveries with a pilot program already off the ground in Cambridge, but when it comes to airborne deliveries, the company’s ambitions are apparently much greater. The patent — which was filed way back in 2014 and awarded earlier this year, but was just recently discovered — describes massive flying warehouses which the company calls “airborne fulfillment centers.”

The centers would be manned by Amazon employees who would fill online orders via drones sent down from the mothership, so to speak. The crafts would travel to areas where Amazon believes the demand for certain goods will be high, allowing the company to complete orders and deliver products much faster. Amazon also suggests that the ship’s crew could come and go via a fleet of smaller airships that depart, pick up passengers, and then dock again.

Products would be delivered via an army of drones, much like the Prime Air drone that made the short trip to deliver some popcorn earlier this month. Once the mothership has exhausted its supply or demand in an area has subsided, the craft would either move on to a new destination or return for restocking, depending on the situation.

So what are the odds you’ll see a massive Amazon blimp blotting out the sun in the near future? All things considered, it’s probably a long shot. Drone regulations in the United States and elsewhere are currently putting a chokehold on any company wanting to dabble in autonomous deliveries, and most areas require all drones to be within line of sight of a human pilot at all times. Those rules could definitely loosen in the future, but for now this patent is little more than wishful thinking.