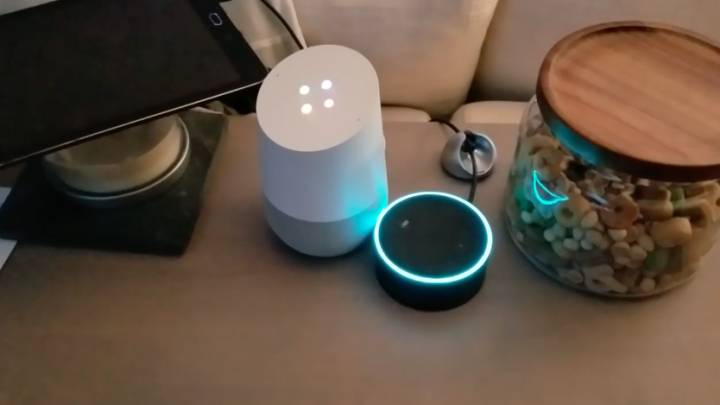 With the smart speaker wars heating up and voice looking to be one of the next major computing platforms, Amazon and Google have taken commanding leads. But for vastly different reasons, according to ad agencies who’ve worked on mostly branded voice apps for Amazon’s Alexa and Google Assistant.

Representatives of five such agencies, in fact, walked through their reasoning with CNBC, explaining why they think at this point Alexa is the favorite in terms of excelling at selling. It has, among other things, a robust developer ecosystem and an easy-to-use retail interface that’s tied right into Amazon itself.

Google Assistant, though, has an edge when it comes to natural language processing.

“According to research from Dentsu digital agency 360i, Google Assistant is better at comprehending the way people really talk,” the CNBC report points out. “The team asked 16,000 travel, finance, retail and automotive-related questions to both devices, and found Google Assistant was five times more likely to give a correct answer as Alexa.”

One takeaway of this kind of comparison is that two companies like this, with deep pockets and world-class talent, both racing to improve their personal assistant products will end up being a win for consumers, no matter which one comes out on top.

Alexa, meanwhile, is a voice extension of a retail behemoth, so no surprise why these ad agencies think it’s better at selling you things — at least for right now — compared to Google. That may also be why Amazon Echos have so penetrated the consumer marketplace, with about two-thirds of smart speaker users in the U.S. owning an Echo.

That’s according to eMarketer, which found 30 percent using Google Home.

Market insight firm Canalys has new research out showing the smart speaker market is white-hot right now and will continue to be so. According to the firm, more than 100 million such devices will be in use by the end of this year, up from less than 40 million a year ago. Also according to Canalys data, Google is gaining ground. It shipped 3.2 million Google Home units in the first quarter, compared to Amazon’s 2.5 million Echo shipments.

Where happens next: Chris Neff, senior director of innovation at advertising agency The Community, thinks Alexa and Google Assistant both still need to do a better job of understanding the nuances of common speech patterns, plus context – where people are located, as well as using past purchases as a gauge for current purchase intent.

It should be less of a device, in other words, and more of that second half of the name of Google’s offering — an assistant.

“For instance, no one asking someone else to buy them a jar of mayonnaise would describe it by the actual size in ounces,” an exec at media agency Mindshare North America told CNBC. “Most people would say they want a small, medium or large container. That’s something we have to think about: How do consumers think about our products when they are not staring directly at them at a brick and mortar shelf?”