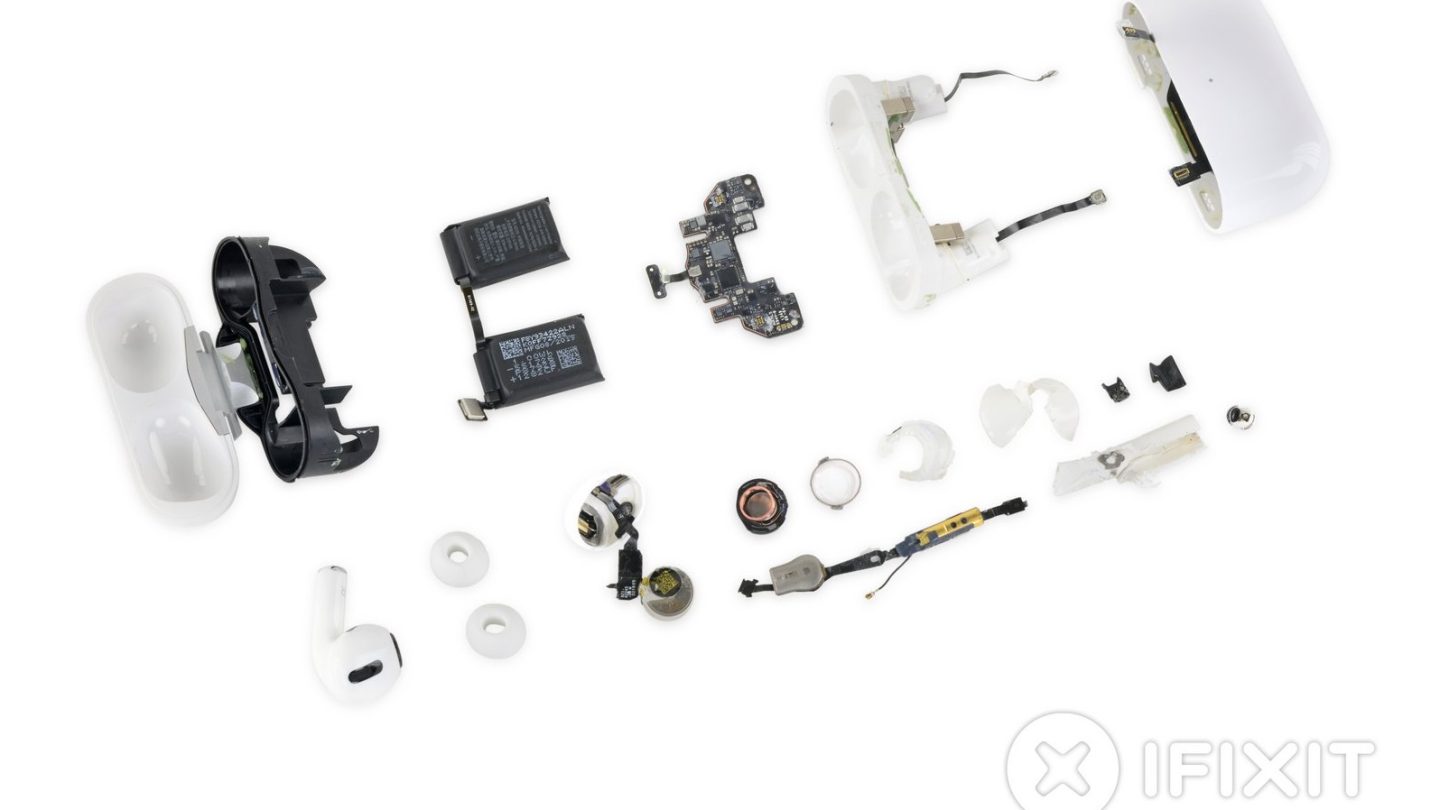 If you were holding out hope that Apple’s latest AirPods model might be easier to take apart and repair than previous versions of the wireless headphones, we have some bad news for you. On Thursday, iFixit shared its teardown of the new AirPods Pro, and they were awarded the same repairability score of zero as the original AirPods.

Beyond confirming what we already knew, the teardown also uncovered a few interesting details about the AirPods Pro that haven’t been shared elsewhere. For example, each AirPod Pro weighs 0.19 oz (5.4 g), which is a third more than the previous model. The elongated charging case was heavier as well, coming in at 1.61 oz (45.6 g) compared to the 1.34 oz (38 g) of the case that shipped with the AirPods 2. As iFixit notes, bigger is often better when it comes to battery life, as was the case with the iPhone 11 line that launched earlier this fall.

Near the end of the teardown, iFixit points out that Apple has seemingly confirmed that AirPods Pro are no easier to repair than the original AirPods or AirPods 2. As Wired’s Lauren Goode revealed in a tweet, Apple says that the size of the headphones and the process by which they were constructed make repairs unrealistic:

An update to Monday’s report: Apple has confirmed that the new AirPods Pro are no more repairable than previous versions of the wireless earbuds. The pods are made partly with recyclable materials but due to size and build process (i.e glue) it doesn’t repair. Just replace.

As we noted earlier this week, the only recourse if you lose or damage your AirPods, or if the battery dies, is to have them replaced, which will cost you $89 for each AirPod. You can also purchase AppleCare+ for Headphones for $29 upfront, and you’ll only have to pay $29 to replace a pair of AirPods (including the new Pro model) or the charging case. Coverage lasts for up to two years or through two incidents — whichever comes first.