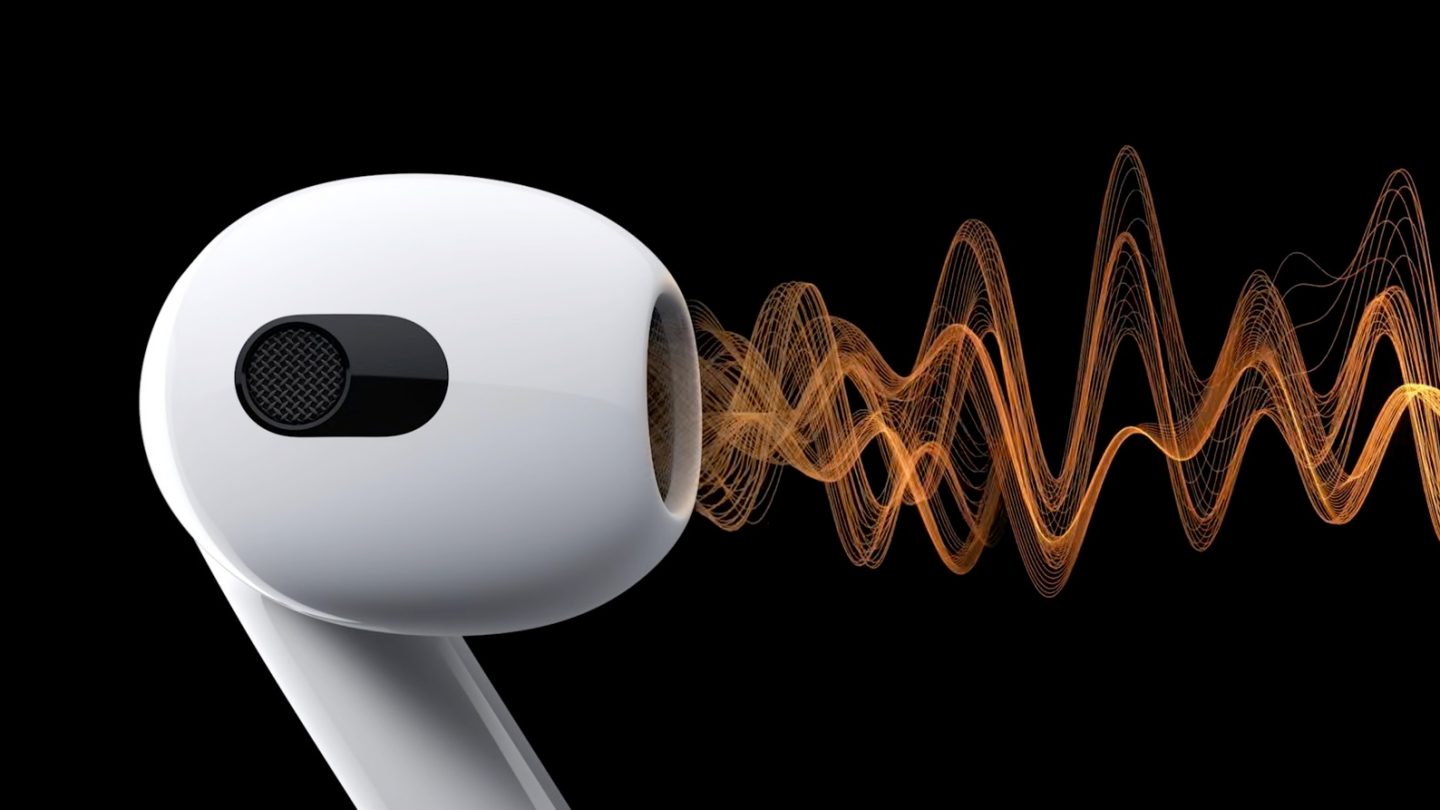 The 2021 MacBook Pro was the most important thing to come out of Apple’s Unleashed event on Monday. Apple stunned the world with the next-gen M1 Pro and M1 Max chips that will power the new machine. But many fans watching live were also waiting for another announcement from Apple.

That’s the AirPods 3 refresh that appeared in numerous leaks this year. Apple finally delivered the AirPods 3 announcement, confirming many of the rumors that preceded the event. The new earphones come with a significant redesign that makes them look like the AirPods Pro.

However, they’re not identical copies as the new AirPods 3 don’t feature removable tips like the Pro. Also, the third-gen AirPods do not support active noise cancelation. But the AirPods 3 do have a hidden feature that’s not available on the Pro model. It’s a skin sensor that no other wireless earphones in the industry have.

The AirPods 3 feature a skin detection sensor that can tell whether or not the earphones are in your ears. This will instruct the AirPods to stop playback when you place the earphones on a table or in a pocket. Here’s how Apple describes the feature in the press release:

A new skin-detect sensor accurately discerns if AirPods are in the ear — versus in a pocket or on a table — and pauses playback when removed.

A great sense of detection. An enhanced skin-detect sensor knows the difference between your ear and other surfaces, so audio only plays when you’re wearing AirPods — and pauses when they’re in your pocket or on a table.

Also, Apple mentions the new sensor in the comparison tool to check out the differences between the various AirPods generations. The AirPods Pro do not feature the mysterious “skin-detect” sensor:

Of note, Apple never really detailed the skin sensor during the event.

The feature might seem inconsequential. Apple uses the skin detection tool to conserve battery life by stopping music playback quickly when the buds are removed. But the sensor is unique in the industry, according to a report from TrendForce:

Through the integration of PPG (photoplethysmography) technology, the AirPods 3 contain an improved in-ear detection mechanism based on skin-detect sensors that are equipped with four SWIR (short-wave infrared) LED chips that have two different wavelengths, as well as two InGaAs photodiodes.

The sensor might be used to detect human skin right now, but it has other potential health-related features. Insiders speculate the sensor detects water content in the wearer’s skin. That’s how it tells the difference between skin and other surfaces. In the future, the sensor might have more complex uses:

SWIR wavelengths range from 1,050-2,500 nm, which encompasses the optical properties of compounds such as water, sugar, and alcohol. While SWIR technologies gradually mature, and prices begin to reach feasible levels, wearables manufacturers are expected to officially integrate SWIR technologies into their products in 2H21. With improvements in their algorithm, wearables are increasingly likely to feature PPG-based biosensing functions, which can measure not only heart rate and blood oxygen levels, but also other variables including body hydration as well as blood glucose, blood lipid, and blood alcohol levels in the future.

It’s not just AirPods Pro that lack the sensor. AirPods 3 alternatives from Apple’s rivals do not come with skin sensors either. The upgrade might be a costly addition to wireless earphones if this report is accurate.

Prelude to the AirPods Pro 2?

If all this sounds familiar, that’s because rumors say Apple plans to add new health-tracking features to AirPods. Apple already hinted after WWDC that the AirPods might collect health data in the future as part of the company’s “sensor fusion” algorithms.

The current AirPods already help Apple track headphone audio levels, and the data shows up in the health app. Also, AirPods Pro offer a feature called Conversation Boost to improve sound for the hearing impaired. Others have used the AirPods to monitor the respiratory rate of patients.

But rumors said earlier this year that the AirPods Pro 2 would deliver more advanced health tracking features on top of enhancing hearing. The AirPods of the near future might read body temperature and help Apple monitor posture. These are just rumors, however. The AirPods Pro 2 won’t hit stores until sometime next year. Apple’s AirPods 3 are available for preorder right now.