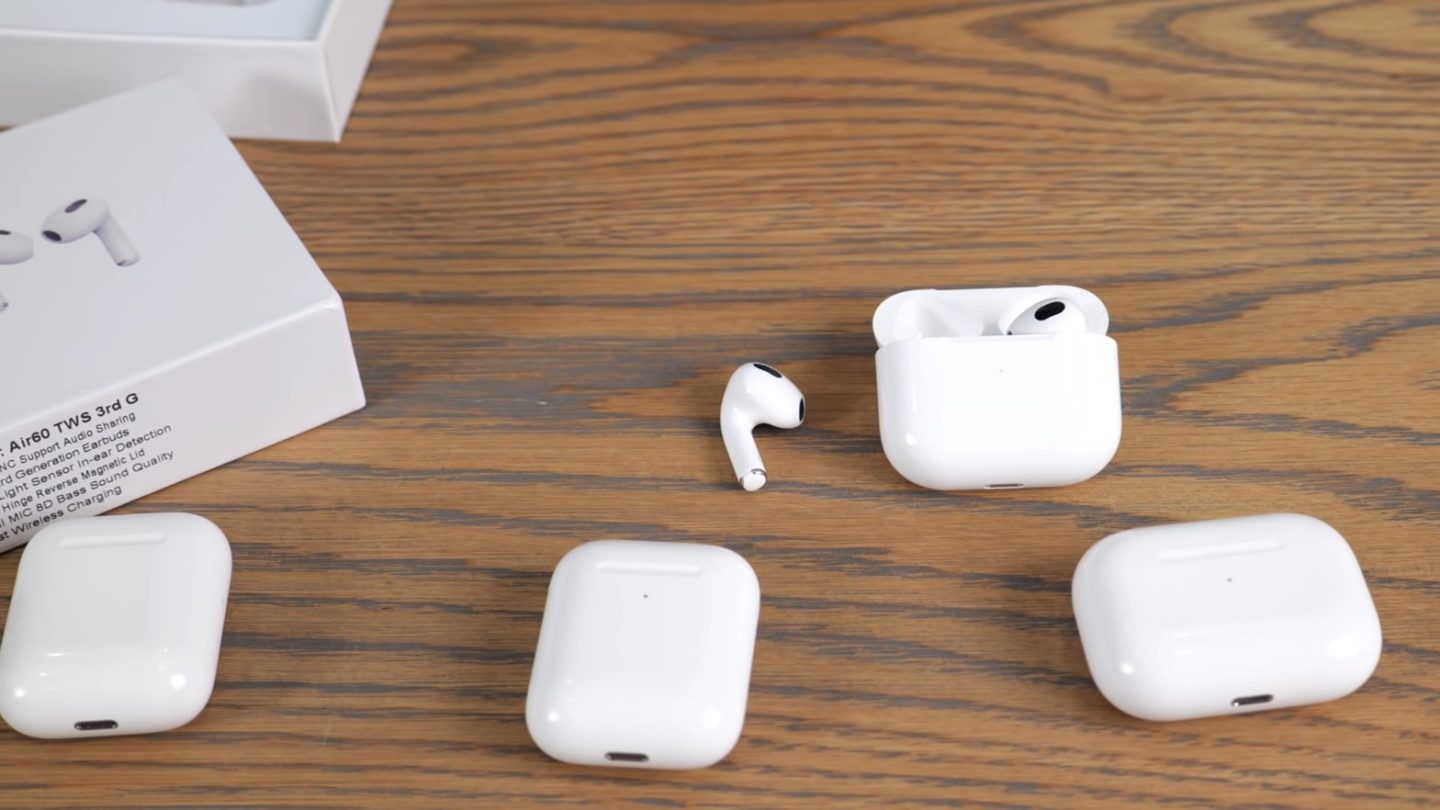 Apple streamed its first big virtual event of 2021 on April 20th to unveil a host of new products, including a redesigned iMac, an M1-powered iPad Pro, an upgraded , the purple iPhone 12, and the long-awaited AirTag. All things considered, it was an incredibly busy event for the company, so it’s no surprise that some highly-anticipated devices didn’t make the cut. One such rumored announcement was that of the next AirPods model, and while there wasn’t any news on that front at the Spring Loaded event, the leaks have continued to spring online.

In a new video published on his YouTube channel this week, EverythingApplePro unboxed and showed off a pair of AirPods clones that look exactly like what we expect the third-generation AirPods to look like when they launch later this year. They’re called Air60 TWS and only cost $45, but they might be our best look yet at the AirPods 3 design.

For months, we’ve been hearing that Apple’s next AirPods would feature a design similar to that of the AirPods Pro. Subsequent leaks suggested that the AirPods 3 would have a shorter stem like the Pro model, but would forgo the replaceable ear tips as well as premium features such as Transparency and Active Noise Cancelling.

As the YouTuber notes in the video, the knockoff headphones are 1:1 with the CAD renders that have leaked online, so if those leaks are accurate, the Air60 TWS should be virtually identical to the AirPods 3.

As expected, the charging case is something of a mashup of the cases for the AirPods 2 and the AirPods Pro. With the shorter stem, Apple can make the case more stout, while the lack of ear tips means the case can be less wide as well. Stacked up next to each, the AirPods Pro and the cloned AirPods 3 look incredibly similar, save for the ear tips and the larger sensor on the clones. The stem is slightly thicker on the clones as well.

Throughout the video, EverythingApplePro cites an extensive leak from Chinese site 52audio that revealed many of the specs and features of the AirPods 3 earlier this year. That leak did claim that the AirPods 3 would feature optional ear tips, but that isn’t the case with these knockoffs, at least. As for the price, 52audio believes that the AirPods 3 will sell for $150, while other sources think Apple will stay in the $200 price range, which is how much second-generation AirPods with a wireless charging case currently retail for in Apple’s online store.

It has now been more than two years since the second-generation AirPods made their debut, and about a year and a half since the AirPods Pro launched, so it’s only a matter of time before Apple is ready to refresh both product lines. According to analyst Ming-Chi Kuo, we’re probably going to be waiting until at least Q3 2021, though.