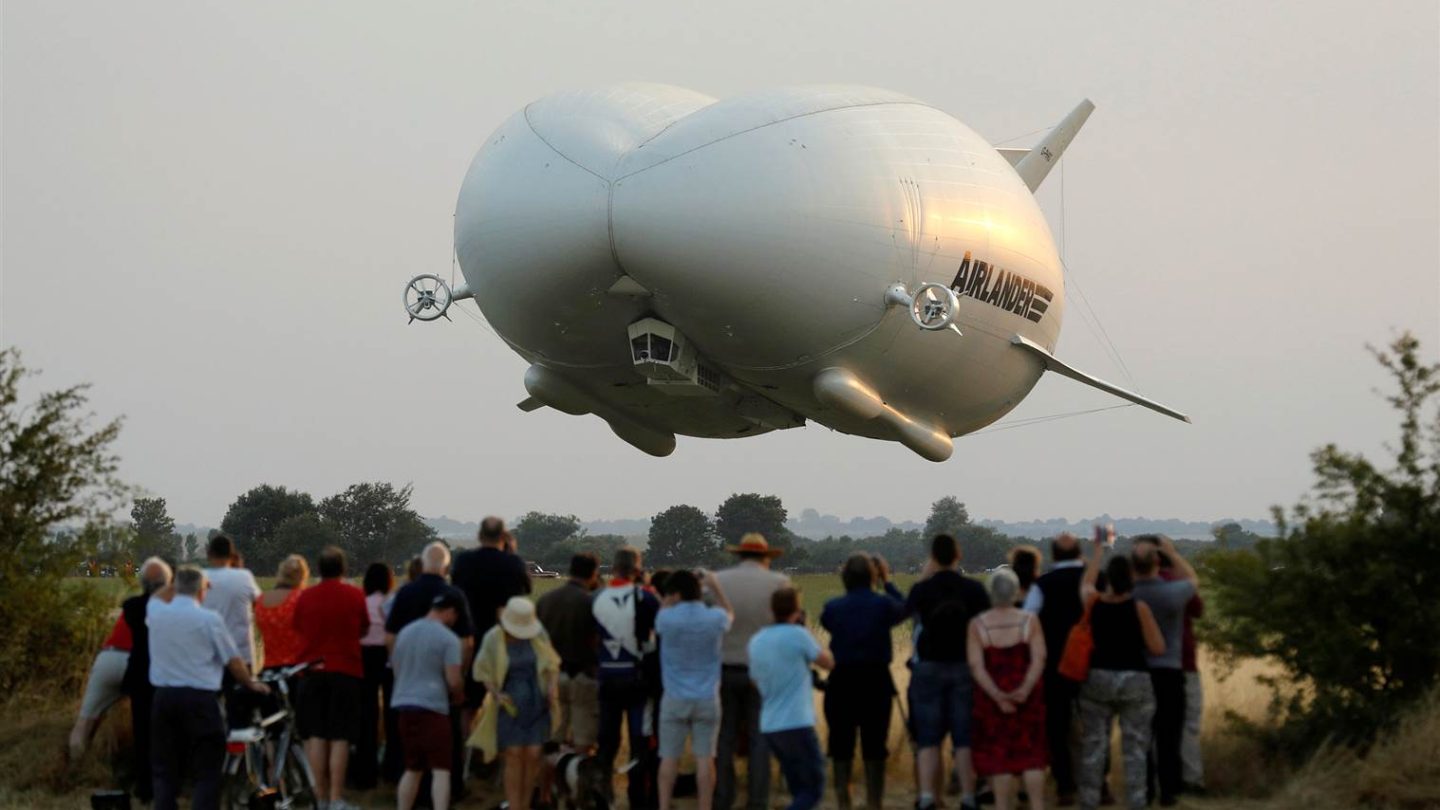 Airlander 10 is the world’s largest airship that can fly. Dubbed “Flying Bum” because of obvious reasons, the huge blimp took off on its maiden flight in London on Wednesday, after technical issues stopped the original launch that should have taken place on Sunday.

The Airlander 10 measures 302 feet, needs 1.3 million cubic feet of helium to run, and can reach an altitude of 16,000 feet where it can stay for five days, NBC News reports. Its first flight was rather short-lived, as it only stayed in the air for 20 minutes about 35 miles north of London.

It’s unclear whether the aircraft will be used for commercial purposes anytime soon, but the Flying Bum can be used for surveillance (which we can’t have enough of), communications and humanitarian relief.

The huge flying object has been in the making since 2007 at Hybrid Air Vehicles.

Now that we know this thing can actually fly, I can’t but wonder what it’d be like for the Airlander 10 to be used by a country’s military, and then to somehow break free and fly by itself. You know, because that stuff really happens.

The following video from CNN Money will show you exactly how gigantic this aircraft is and help you understand the Flying Bum thing better.