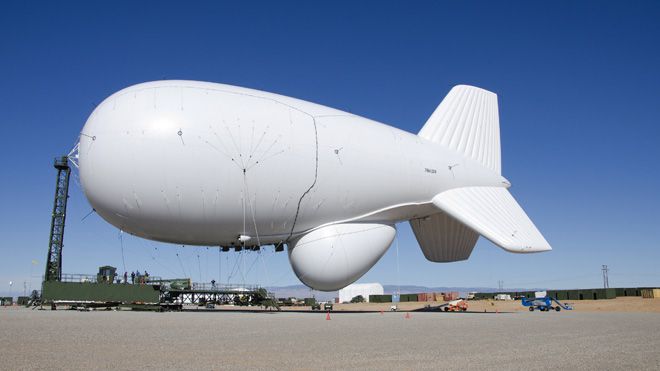 “Runaway blimp, never comin’ down / No one knows how to get it on the ground…” No, those aren’t the first draft to the lyrics of a classic Soul Asylum song… they’re what’s happening in the world right now. It seems that a military blimp has broken free of its mooring in Pennsylvania and is causing some serious chaos such as knocking down power lines. Per CNN, it seems the blimp has knocked out power for at least 20,000 residents in Bloomsburg, Pennsylvania… and it’s not done yet with its rampage.

EVEN SCARIER THAN THE BLIMP: ‘The scariest car I’ve ever driven’: Watch a 1,000HP Porsche 911 in action

The Pentagon says that two F16 jets from the New Jersey National Guard are tracking the blimp, although there’s been no word yet on when the military will make its move to bring the floating monstrosity down from the skies. CNN says the plan right now is to send out helicopters that will be able to secure the beast once it comes down.

Essentially, the military equips these blimps with radars and uses them to detect incoming threats off our coasts. In this case, however, it seems the blimps themselves have become a threat, at least when it comes to people living in Pennsylvania who just have their electricity knocked offline.