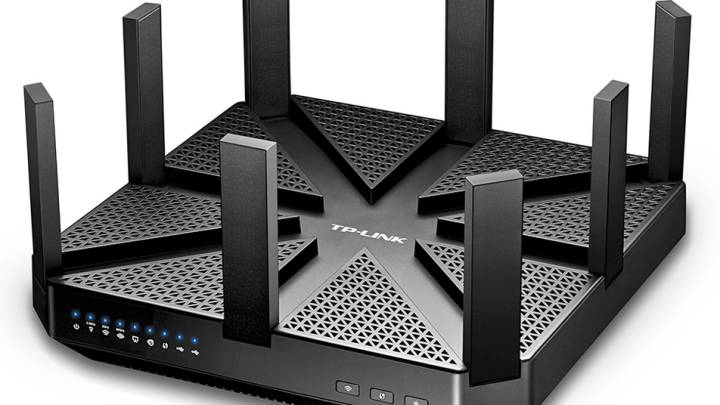 The Consumer Electronics Show is always packed full of wireless routers and other networking gear, so much so that all of the announcements often blend together. Price is often a main focus among manufacturers looking to drive down the cost of Wi-Fi routers, but some big technology advancements are being touted on the show floor in Las Vegas this year as well. The new Talon AD7200 Multi-band Wi-Fi Router from TP-Link is among the most appealing new devices we’ve seen so far, and it will be one of the fastest home routers in the world when it launches in the coming months.

Pricing for the Talon AD7200 hasn’t yet been announced, but it’s likely safe to assume that the router will be among the more expensive options in its class when it’s finally released in the next few months. For users looking to give their home wireless networks a serious upgrade, however, it will be well worth the cost.

TP-Link’s new AD7200 router will be among the first home networking devices to feature new faster multi-band 802.11ad technology. Without getting too deep into the technical side of things, 802.11ad uses the same 2.4GHz and 5GHz wireless bands as earlier wireless technologies, but it also uses the 60Ghz band to deliver Wi-Fi data speeds of up to approximately 4.6Gbps. That’s about three times faster than the Wi-Fi gear you’re likely using in your home right now.

TP-Link hasn’t yet said exactly when the new Talon AD7200 router will be released, though it did state that it will be sometime in early 2016.