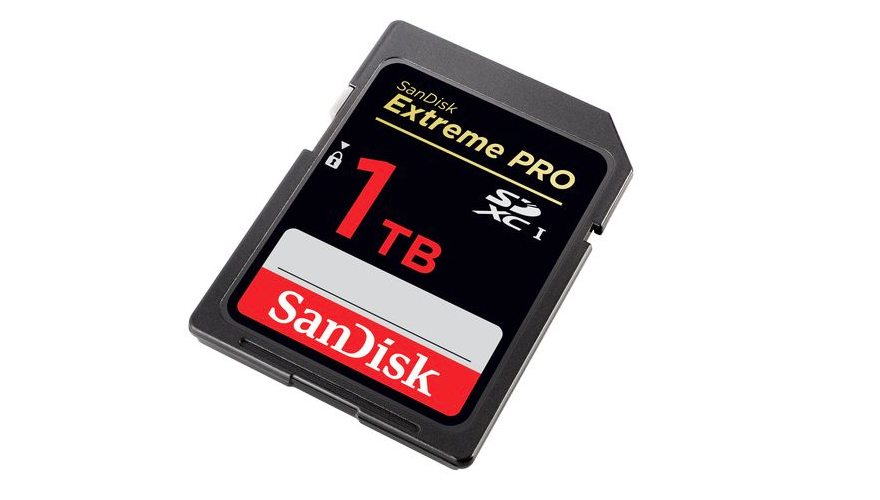 Looking to swap out that old hard drive or SSD for one that has more storage? You might want to hold off on that thought, as SanDisk has figured out a way to cram 1TB of memory in an SD card. That’s never been done before, and while the product is not yet available for purchase, it’s still an exciting development in the normally rather dull world of SD card storage.

The 1TB SDXC prototype was unveiled at Photokina in Cologne, Germany, and it’s only meant to showcase what the future may have in store for us when it comes to highly portable storage.

SanDisk introduced the 512GB Extreme Pro SDXC UHS-I memory card at the same event two years ago. That card is available for retail, but it’ll set you back some $600. It’s likely that the 1TB version of the card will be quite costly if it’ll ever hit mass production.

SanDisk did not mention any pricing details or launch dates for the product, but we’d expect it to see it in stores at some point in the future. The company is currently pitching the card to photographers and video professionals, who may be looking for more storage solutions to meet their needs. But any laptop owner would probably love to have the ability of upgrading storage with the help of such a versatile card.