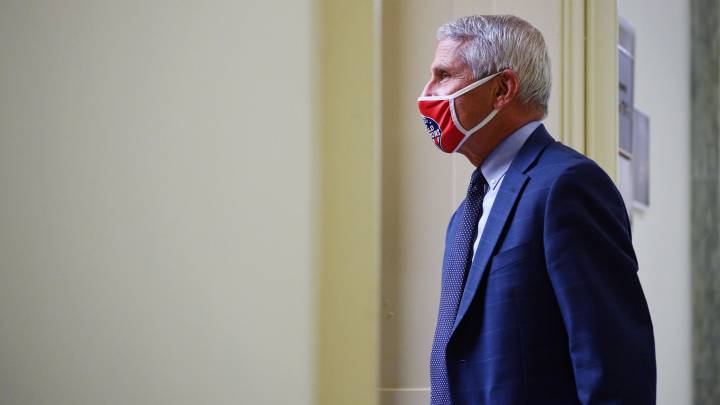 A few days ago, the UK announced that a new coronavirus strain was rapidly spreading in certain regions in the south of England. Britain’s prime minister Boris Johnson said a few days later that the new variant might be far more infectious than the old version. Johnson called for stricter measures to contain the spread of B.1.1.7, and most of Europe reacted swiftly by imposing travel bans to limit the spread. Some researchers warned that more data is needed to determine how contagious the strain is. Others pointed out the new variant isn’t more dangerous than its predecessors. Health experts said that the current vaccines should still work, with BioNTech saying it is highly likely the vaccine can neutralize B.1.1.7. Moderna issued a similar response.

Dr. Anthony Fauci addressed the new strain in several interviews, indicating initially that the world was doing one thing wrong to manage the new crisis. His advice might sound counterintuitive, but in a new TV appearance, Fauci made it clear that the new strain needs to be taken “very seriously.”

FDA EUA-authorized face masks tested by NIOSH are almost half off the regular $45 price at Amazon Price:$25.49

Fauci said that it makes sense to assume the mutated virus is already in the US in an interview on Tuesday on Good Morning America. Some countries said they’ve already identified patients infected with the new strain, and the number of nations confirming the new strain rose steadily last week. The B.1.1.7 mutation has already traveled outside of the UK. The strain was first identified in September, so it had plenty of time to spread to other countries.

“When you have this amount of spread within a place like the U.K., you really need to assume that it’s here already … it certainly is not the dominant strain, but I would certainly not be surprised at all if it is already here.”

He said that travel bans are “rather draconian,” but other measures like increased testing might be better to manage the new crisis. New York Governor Andrew Cuomo asked for stricter measures in remarks made after Johnson’s mutation remarks. Fauci also noted that Cuomo is discussing testing of all arrivals in New York City.

“That’s a big difference than completely shutting off travel and banning travel completely, which is really a rather dramatic step. That’s not really in the cards right now,” Fauci said.

“I think one of the important things we need to do is to actually do surveillance here and find out. It might actually be here. I doubt that it’s the prevalent strain, but as the governor said, it is entirely conceivable that it’s already here.”

In an interview with CNN on Sunday, Fauci argued against overreacting to the new strain and said he would not advise a travel ban as a health measure to reduce the spread of this particular version.

The director of the National Institute of Allergy and Infectious Diseases (NIAID) appeared on CNN’s State of the Union on Sunday, where he addressed several coronavirus topics, including the forecast for the near future, vaccines, and the B.1.1.7 mutation. Fauci said that officials were right to require proof of negative tests for anyone coming from Britain.

Dr. Anthony Fauci says he feels fine after receiving the first dose of a Covid-19 vaccine and experienced “nothing serious at all.” https://t.co/MOjYmV3dHn #CNNSOTU pic.twitter.com/bpySnI6epr

He said that people should take the UK mutation “very seriously,” adding that public health officials are looking at the strain “very intensively now,” including “Does it make someone more ill? Is it more serious virus in the sense of virulence? And the answer is, it doesn’t appear to be that way.”

A first study said a few days ago that the mutation might be indeed more infectious than its progenitors, but not more deadly.

Experts and vaccine makers have shown great confidence that the current vaccines will be able to annihilate the new strain. Fauci also said that the US would study whether that’s true. “We’re going to be doing the studies ourselves,” he said.

We’re getting isolates of it, making combination of viruses, to be able to directly test, getting sera from people who we have vaccinated, and see if it still neutralizes this new strain, this mutant strain that’s coming from the UK, as well as from South Africa,” he added. “There’s a similar, but not entirely the same type of mutation that we’re seeing in South Africa.” The South African mutation was announced shortly after B.1.1.7.