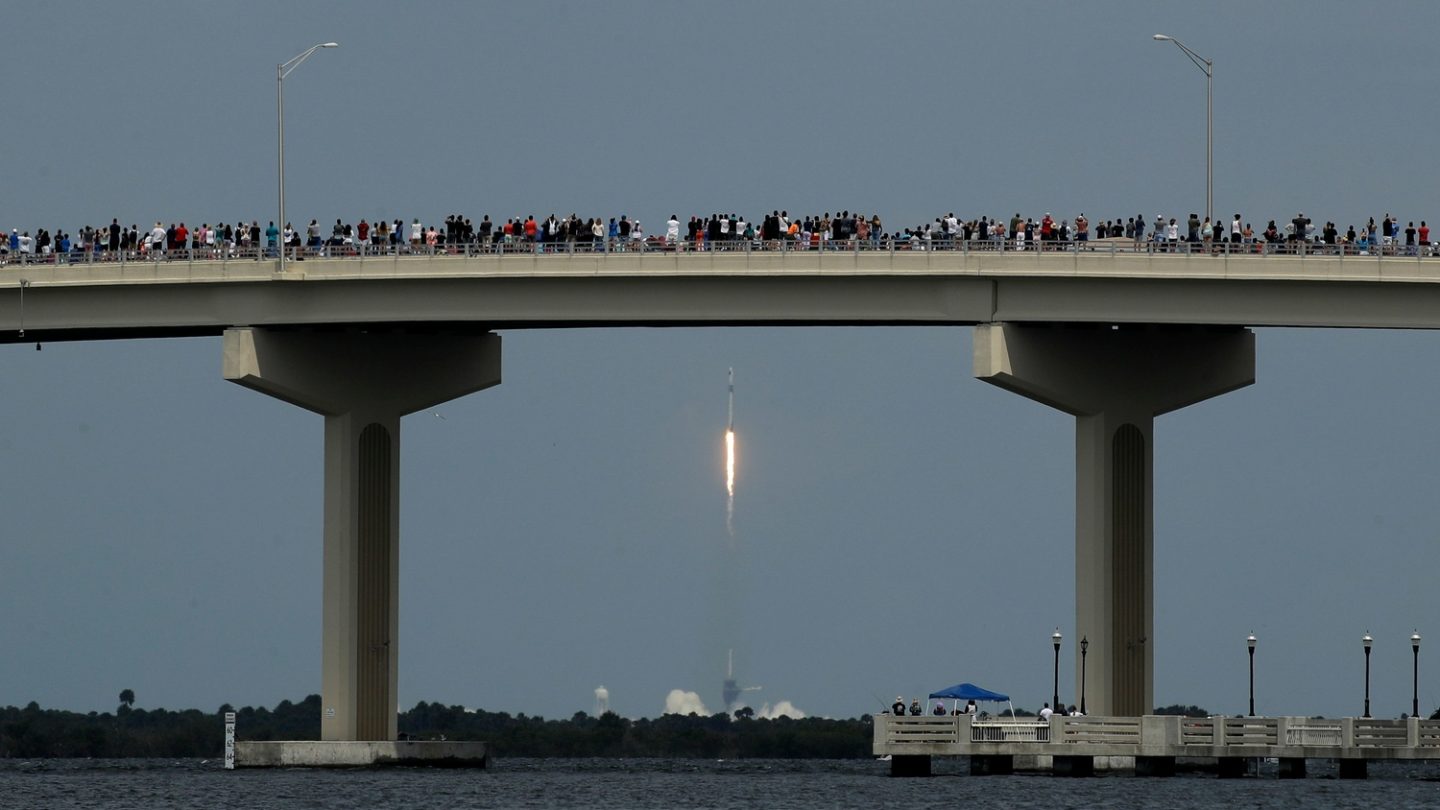 To me, one of the most inspiring things about Saturday’s SpaceX launch of the first American astronauts from US soil in almost a decade — and the first time in history that a private company has facilitated this — was how it captivated people around the country and the world, at a time when people are pretty desperate for some good news. At one point Saturday afternoon, I noticed that more than 3 million people were tuned in to the SpaceX live stream via YouTube, watching in awe as a SpaceX Falcon 9 rocket prepared to carry a SpaceX Crew Dragon capsule skyward.

The spacecraft, as my colleague Mike Wehner previously noted, lifted off Saturday from Kennedy Space Center in Florida bound for the International Space Station, where it will deliver NASA astronauts Robert Behnken and Douglas Hurley. The duo will remain on the space station for somewhere between a few weeks and a few months, depending on what NASA decides after they arrive.

In the years since NASA ended its own Space Shuttle Program, NASA astronauts have had to resign themselves to traveling to Russia to train on its Soyuz spacecraft. And hitching a ride to space on those has cost NASA as much as $86 million each.

A few days ago, NASA Administrator Jim Bridenstine tweeted how important it is, even during the time of the coronavirus pandemic, for a mission like the one we witnessed Saturday to go forward and give people something to be inspired by. In case you missed today’s events, meanwhile, here are some photos that capture the moments leading up to the historic launch:

Meanwhile, social media, naturally, was also flooded with reaction and congratulations in the wake of Saturday’s launch. “SpaceX is returning human spaceflight to the United States with one of the safest, most advanced systems ever built, and NASA’s Commercial Crew Program is a turning point for America’s future in space exploration that lays the groundwork for future missions to the Moon, Mars, and beyond,” the company said about the launch.

From the #Astros to the Astronauts,

Congratulations @SpaceX for an historic achievement! Humanity needs hope, and you have provided a much needed burst of it.

Congratulations to @NASA and @SpaceX on this historic day! 🚀✨ It reminds us of our own exciting space station adventure. (Although, ours was on a much smaller scale. 😉) #LaunchAmerica pic.twitter.com/7aSUkYCmF8

What a great launch and congratulations @SpaceX on making history. I loved watching the acceleration during the final minutes of launch – it's a crazy, crazy feeling being hurled up to 27000kmh! pic.twitter.com/yRvTZJIeeC