NASA’s Juno spacecraft has been orbiting the planet Jupiter for nearly five years now. During that time, it’s revealed more about the gas giant than any spacecraft before it, and scientists have learned an incredible amount thanks to its observations and the data it streams back to Earth. It’s also been one of NASA’s favorite photographers, capturing images of Jupiter with stunning detail.

Now, NASA has chosen to highlight a recently-snapped image of Jupiter from Juno, and it’s a beauty. The image was captured back in December of last year as the spacecraft was speeding away from the planet on its 31st flyby, and it offers us a look at Jupiter from an angle that we don’t often get to see.

Aside from Saturn and its iconic rings, Jupiter is perhaps the most easily-recognizable planet in our Solar System. It has a ton of personality, with its swirling torrents and bold, colorful bands of clouds obscuring everything that lies beneath. The planet’s Great Red Spot is still an impressive sight, despite the fact that it appears to be slowly losing steam. Nevertheless, the image Juno captured is one of the ages.

“This view of Jupiter’s turbulent atmosphere from NASA’s Juno spacecraft includes several of the planet’s southern jet streams. Using data from Juno’s instruments, scientists discovered that Jupiter’s powerful atmospheric jet streams extend far deeper than previously imagined. Evidence from Juno shows the jet streams and belts penetrate about 1,800 miles (3,000 kilometers) down into the planet,” NASA explains. “The storm known as the Great Red Spot is also visible on the horizon, nearly rotated out of view as Juno sped away from Jupiter at about 30 miles per second (48 kilometers per second), which is more than 100,000 mph (160,900 kilometers per hour).” 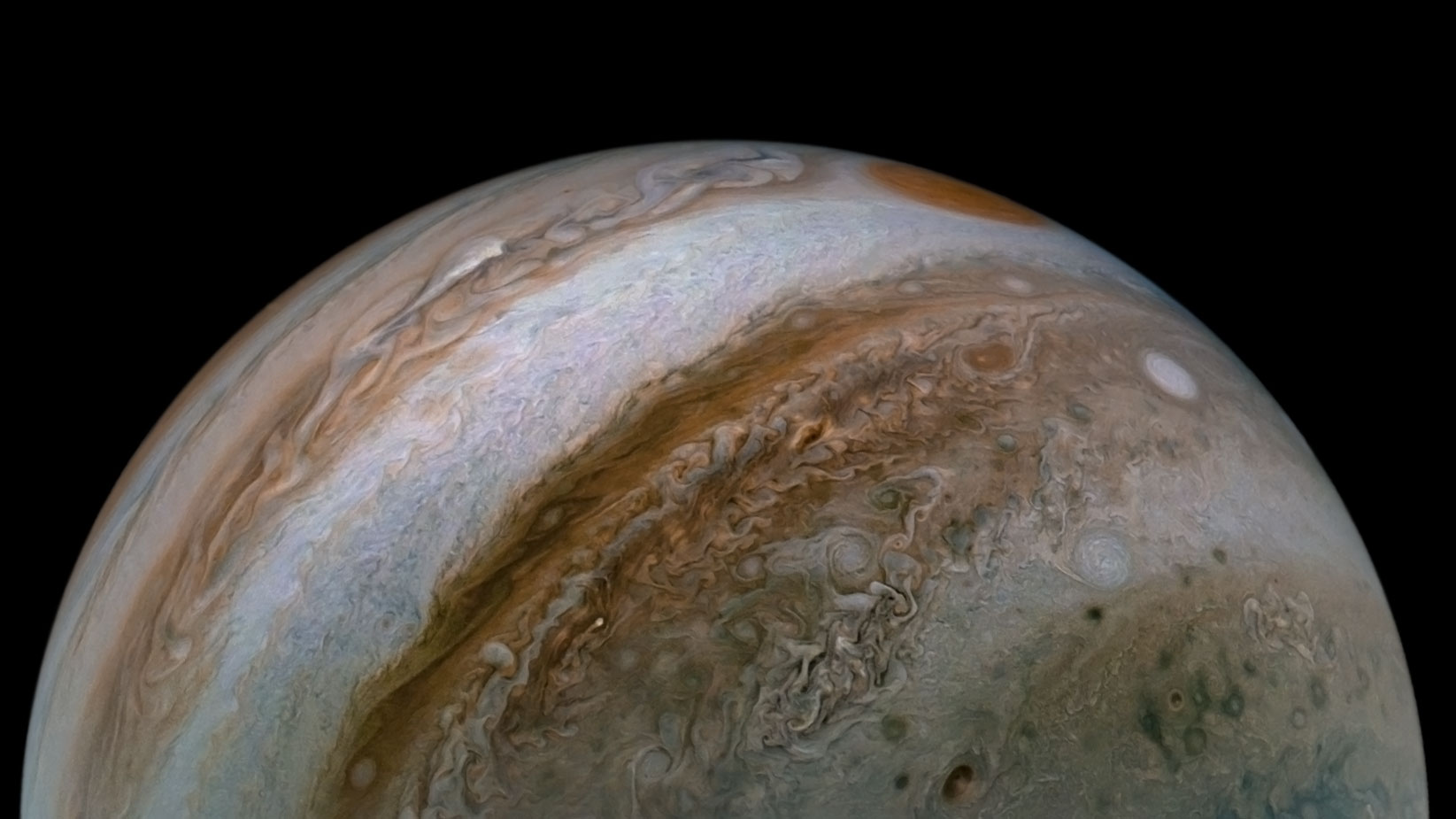 You can see the Great Red Spot near the horizon, but if you shift your eyes down and to the right, you’ll see a spot that appears totally out of place. The pale sphere you see there is actually another storm, and it’s one that has been birthed right before our eyes. It’s not nearly as large as its red cousin, but it’s still absolutely huge when compared to any storms we see here on Earth.

Juno has allowed NASA scientists and other researchers to learn a lot about the clouds that cover the planet. They’ve discovered that the storms and swirling masses of clouds stretch much deeper into the planet than was previously thought, leaving us to wonder what might be hiding deep within the atmosphere. Juno is expected to continue its extended mission until at least 2025, so we can look forward to more images like this one for at least a few more years.

Tweet
Scientists have discovered the oldest musical instrument on Earth