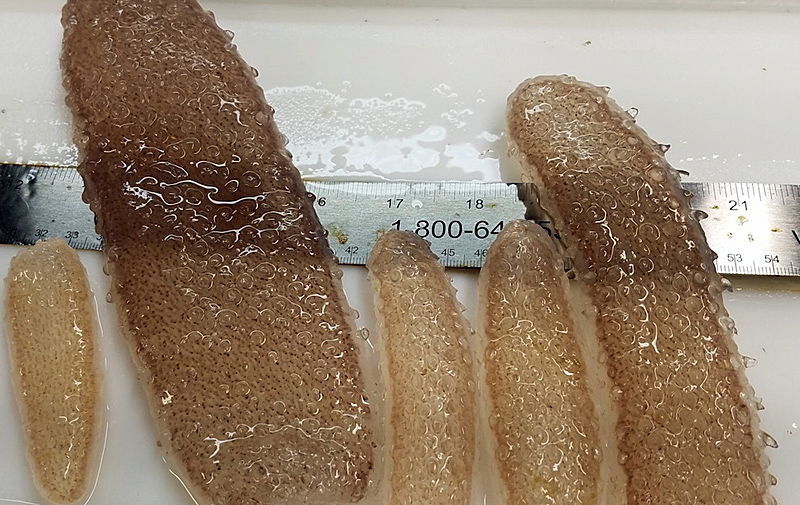 There’s lots of curious creatures in the world’s oceans — and we got a stunning glimpse at some of the most mysterious ones very recently — but most of the time they keep to themselves, zipping around the depths or floating listlessly on the sea floor. Now, beaches along the Pacific coast are being invaded with a curious creature that, while harmless, is creating something of a scene. They’re “sea pickles,” and they’re definitely not what you want to see when you’re about to soak up some sun on the sand.

The “pickles” are actually a colonies of tiny organisms living in harmony in a cylindrical structure. The tubes take in water and then filter it, while the small creatures eat the microscopic plant particles they find. They’re usually found in warm water, and can be located all over the world, and have begun causing issues for fishermen and beach-goers on the northern Pacific coast, all the way up to southern Alaska, due to rising ocean temperatures.

The pint-sized tubes are squishy and slimy, and made up largely of gelatinous material, making them pretty gross to touch. They’re not outright dangerous, but their increased presence on the Pacific coast could spell trouble for native species, both predator and prey. Scientists say that it’s still too soon to forecast whether the “pickles” will become a common sight, while noting that if sea temperatures cool off close to shore it’s likely that they will migrate to warmer areas farther out.