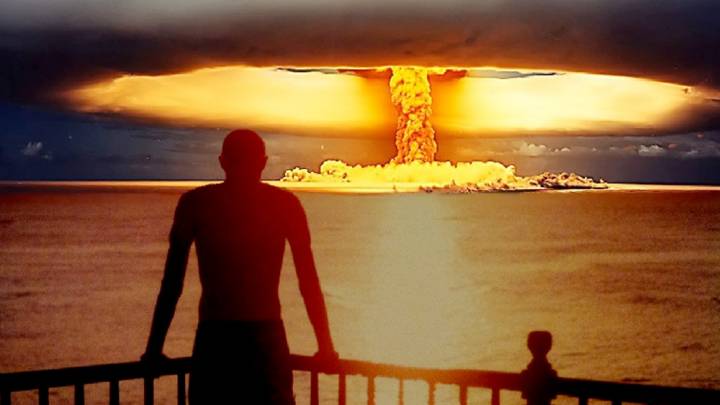 It was just days ago that a team of scientists from NASA and the National Nuclear Security Administration spoke at length about the potential to use nuclear weapons to diverse an incoming asteroid, and now Russia researchers are singing a very similar tune. In a new paper published in the Journal of Experimental and Theoretical Physics, a large group of Russian researchers reveal their simulated models of how such an event might unfold, and just how much power would be needed to save Earth from an asteroid armageddon.

The simulation used a small-scale asteroid fragment and a laser to attempt to gauge the force that a bomb would have to deliver to a hazardous space rock as it flies headlong for Earth. The data gathered was then scaled up, and the scientists believe they’ve reached a conclusion.

“For mini-mockups 4–10 mm in size differing by the shape and impact conditions, we have made an experimental estimate of the energy threshold for the undeniable destruction of a mockup and investigated the parameters of its fragmentation at a laser energy up to 500 J,” the scientists explain. “The nuclear explosion energy release is simulated by a laser pulse energy release in a small region of the mockup surface, i.e., instantaneous and point-like impacts are realized in both cases.”

When they applied their model to a 200 meter wide asteroid, they got a figure of over three megatons. A single megaton is equivalent to the explosive power generated by one million tons of TNT. As Gizmodo notes, that’s up to 200 times more explosive power than the nuclear bomb dropped on Hiroshima during World War II. However, the largest thermonuclear weapon ever tested, the Tsar Bomb developed by the then-USSR, delivered 50 megatons of force, so a three-megaton asteroid-destroying warhead is certainly within the realm of possibility.

The HAMMER spacecraft concept from NASA was dreamt up as a dual-purpose tool that could either divert an asteroid by colliding with it and nudging it off course, or deliver a nuclear payload. The nuclear option is considered a last-ditch effort in the event of a massive asteroid appearing virtually out of nowhere. Neither the HAMMER concept or Russia’s testing puts us on the doorstp of a nuclear asteroid defense system just yet, but they’re both steps in that direction.