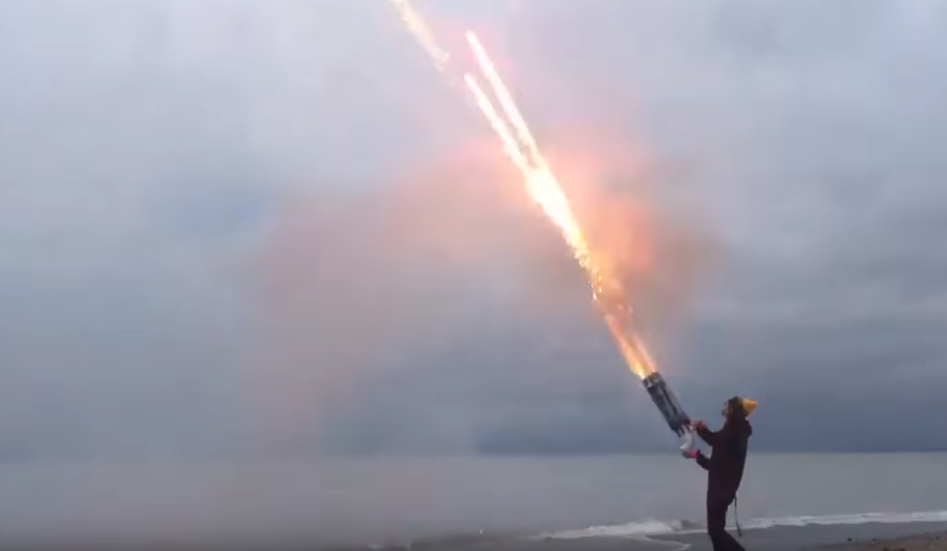 Oh, how I love what clever people with too much spare time can accomplish when they put their minds to it. I love it even more when they videos of their crazy creations on YouTube. Such was the case this week with a man in Wisconsin who created a homemade minigun capable of firing off 1,000 Roman candles in under a minute.

On his YouTube page, the man says he created this insane weapon by taking “7 ‘Cyber Cannon’ fireworks” and strapping them to “a 3-inch PVC tube with handles.” The result is a minigun that can fire 1,001 shots in an estimated 45 seconds.

In a Reddit thread about the Roman candle minigun, its creator explained that it cost “$110 for the fireworks and $30 for PVC, glue, and tape,” bringing the total bill for the project to $140. He also confessed that he was somewhat concerned that the cannon could blow off his hands when he tried it out for the first time and he doesn’t recommend that anyone try to replicate his creation on their own.

Here’s what the device looks like up close while it’s being lit:

And here’s the full video showing it in action:

We repeat: Do not even think of trying this yourself at home. There are many, many things that could go poorly for you.