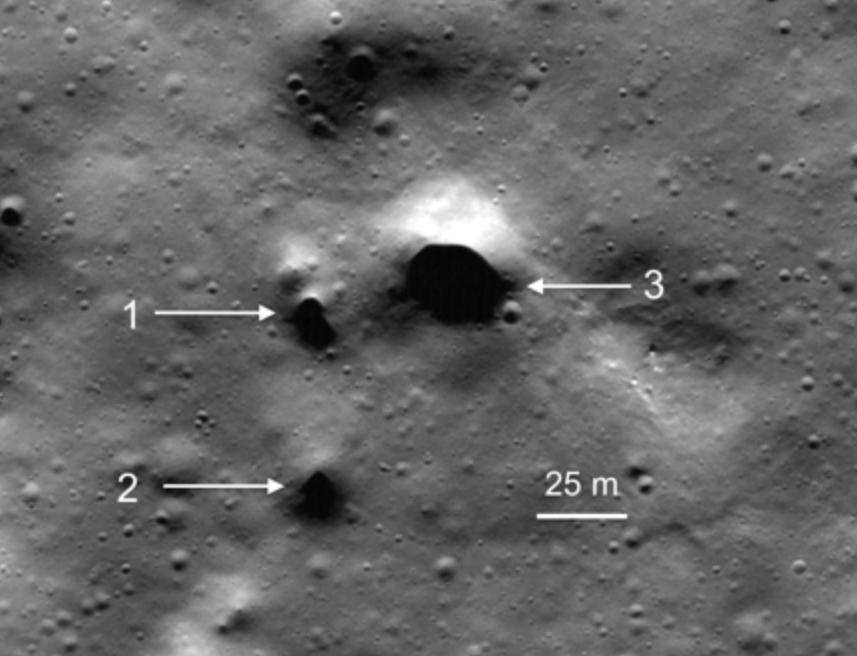 The Moon is our closest neighbor and we’ve learned a lot about it over the past century or so. We’ve studied it, mapped it, and even visited it on more than one occasion, but that doesn’t mean it doesn’t have a few surprises in store for us. A new research effort has uncovered one of those mysteries in the form of large holes in the lunar surface near the Moon’s north pole, and scientists believe they might hint at a huge subsurface tunnel network.

The bizarre holes were spotted by researchers working with the SETI Institute and Mars Institute, both of which used imagery from NASA’s Lunar Reconnaissance Orbiter to identify the gaps in the Moon’s dusty surface.

Before you go dreaming of little green men living in the Moon’s underground you should know that scientists obviously don’t think the tunnels were created by aliens at all. The tunnels are thought to be the remains of ancient lava tubes where liquid rock once flowed beneath the Moon’s surface. Over time, the magma flow ceased and large hollow tubes are all that remains.

The holes the scientists spotted are thought to be “skylights” where the shell of the lava tube has collapsed and created a path to the surface. It’s unclear at this point how large the tunnels actually are, or how far they stretch, but NASA is already considering other known tube locations for their potential usefulness in future manned missions to the Moon.

“The highest resolution images available for Philolaus Crater do not allow the pits to be identified as lava tube skylights with 100 percent certainty, but we are looking at good candidates considering simultaneously their size, shape, lighting conditions and geologic setting” Pascal Lee, a scientists with SETI and the Mars Institute who is investigating the new features, explains.

In the not-so-distant future, astronauts may be able to use lunar lava tubes as makeshift shelters to protect themselves and their equipment from space radiation. Building structures on the surface of the Moon is what everyone thinks of when they imagine a Moon colony, but heading underground in pre-existing tunnel systems might actually be a better idea.