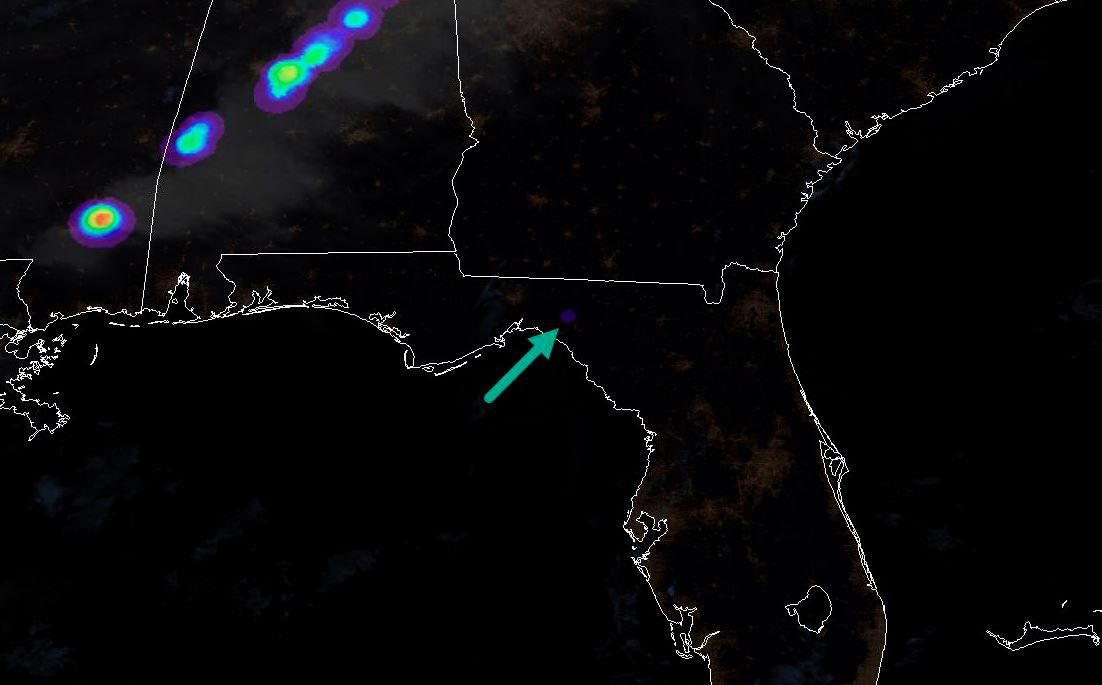 If you happened to be in certain part of Florida or Georgia on Saturday — and also happened to be outside after dark and looking in the right direction — you might have spotted a chunk of space rock lighting up the sky. Easily identified as a meteor, the object sped through the atmosphere in a blaze of glory, and several people managed to capture it on video.

The meteor, which was also detected by National Weather Service hardware, caused a mild stir on social media shortly after it appeared. Video recorded from car dash cameras and home security lenses spotted the rock as it blazed toward the ground.

Here’s a pretty fantastic clip from a dash cam recording, along with the shocked driver’s reaction to seeing the meteor make its brief appearance in the sky:

And a slightly less exciting video recorded from a Ring video doorbell, along with a slow-motion version of the recording from the same angle:

DID YOU SEE IT? Late on Saturday night, residents across Florida saw a giant, green light fall through the sky. This was actually a meteor, the National Weather Service confirmed.

As for where any of the leftover debris came down, nobody is quite sure. The National Weather Service provided a brief statement noting that some reports have come in, but nothing had been confirmed yet.

“We’ve heard reports that it landed near Perry, FL, which would match with the GLM data, but can’t confirm anything,” the group said on Twitter. “The satellite data suggests that *if* it landed, though, it was in FL.”

With smaller chunks of space rock like this one, it’s rare that any large pieces survive the inferno of entry and make it to solid ground. In most cases, the rock is completely obliterated when it smacks into Earth’s atmosphere, burning up completely before any remnants can find a home on Earth.

In any case, no injuries or damage to structures has been reported thus far, so if any of the rock survived its journey it likely ended up somewhere quite remote.