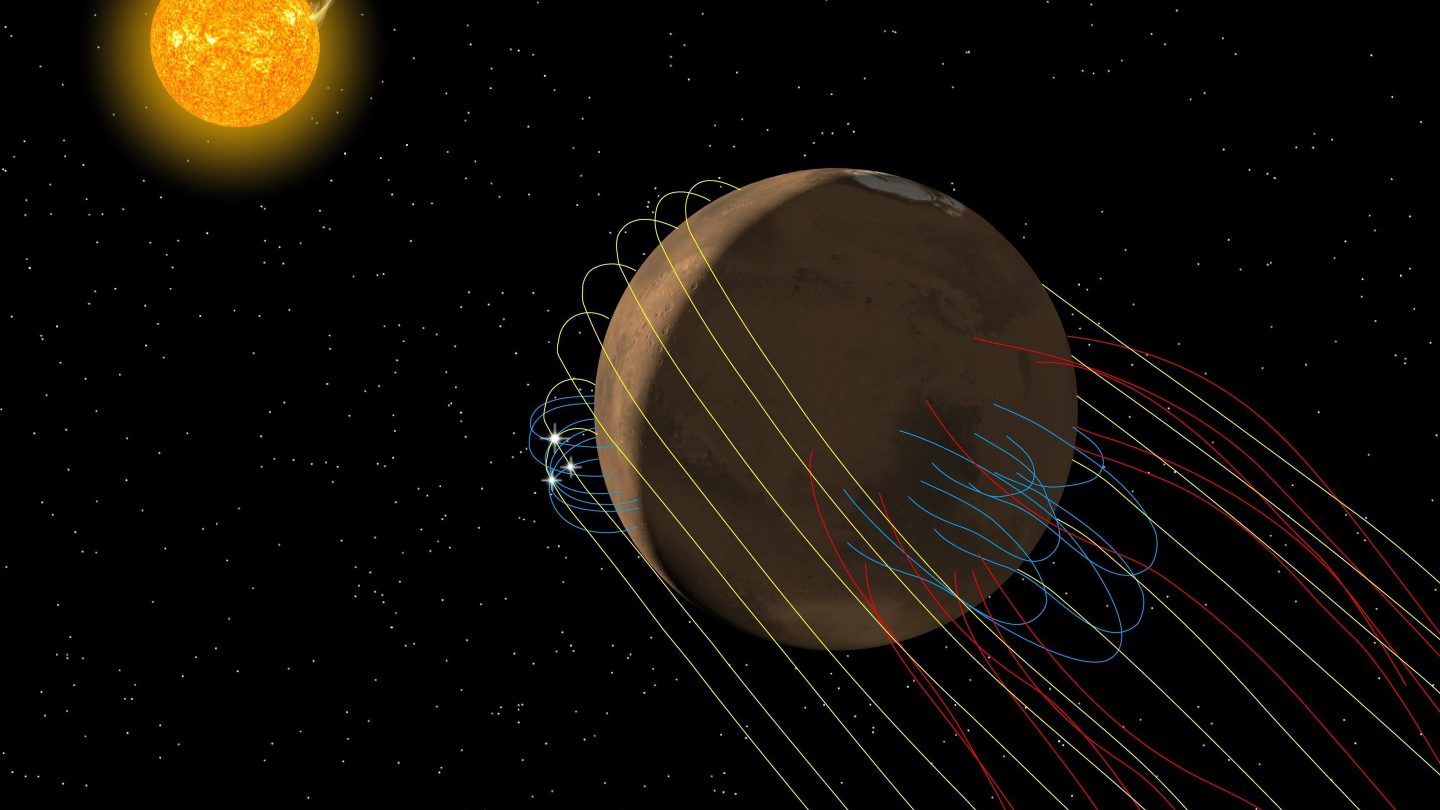 Jupiter has a bunch of moons, Saturn has rings, and Earth has life (that’s pretty cool), but what about Mars? Well, as it turns out, the Red Planet has a tail! Yep, NASA’s MAVEN (Mars Atmosphere and Volatile Evolution Mission) spacecraft just revealed that Mars has a tail… only you can’t actually see it.

“We found that Mars’ magnetic tail, or magnetotail, is unique in the solar system,” Gina DiBraccio of NASA’s Goddard Space Flight Center explained. “It’s not like the magnetotail found at Venus, a planet with no magnetic field of its own, nor is it like Earth’s, which is surrounded by its own internally generated magnetic field. Instead, it is a hybrid between the two.”

At one point in the very distant past, Mars likely had a magnetic field a lot like Earth’s, but it was largely lost. What remains is a just a ghost of its former self, but it’s enough to play a role in the planet’s odd tail. The researchers believe that magnetic fields carried along by the solar wind tangle with the sparse magnetic field still detectable on certain place of the Martian surface, and forms a peculiar, twisted tail.

The MAVEN spacecraft just completed its first year of orbital research around Mars, but its extended mission is expected to last a further six years, as it continues to serve as a relay point for both current and future Mars exploratory craft and rovers.