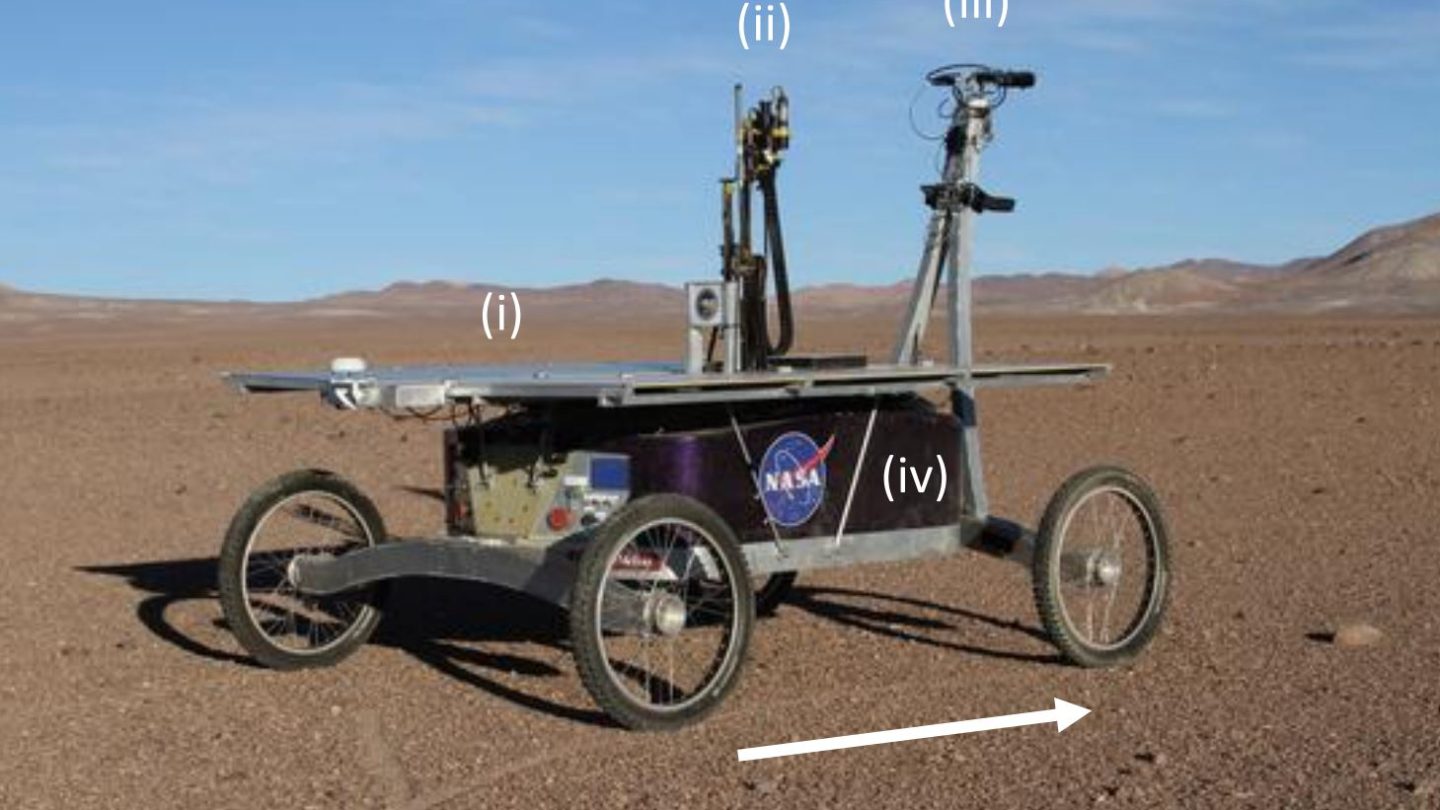 If NASA or any other scientific body could conclusively prove that life in some form once existed on Mars, it would be a monumental discovery to put it mildly. Now, a new research effort being undertaken in Chile’s Atacama Desert is giving scientists a clue as to how they might find evidence of life on Mars.

In a paper published in Frontiers in Microbiology, researchers describe a new rover concept that they tested in one of the driest places on Earth. Their working theory is that deep below the dusty, deadly surface of Mars, microorganisms may have hung on for a lot longer than any life that may have once roamed up above.

As Gizmodo reports, the rover that the team, led by researcher Stephen Pointing, has designed is built to dig tiny, deep holes in the dry crust and sample the soil below. In this way, the rover may be able to find bacteria that have endured over time, and the findings here on Earth hint at what might be down there.

The researchers found that despite scant moisture and extreme temperatures on the surface, bacteria still dominate once you dig a few feet down. Similar microorganisms might actually still be present on Mars today, but we’d have no way of knowing without piercing deep into the dusty crust and looking for ourselves.

The rover worked well here on Earth, but there’s another layer of complexity in searching for life below the surface of Mars. Knowing where to actually search for the potential of life is a very difficult question to answer, and even if there are still microbes alive on Mars today, or even evidence of microbes that once existed, it’s likely that they’d be confined to specific areas of the planet rather than spread uniformly across it.

Unfortunately, a mission based on this rover concept hasn’t been cleared by NASA, and given the massive costs involved in carrying one out it’s unlikely that the U.S. space agency will do so for the foreseeable future.