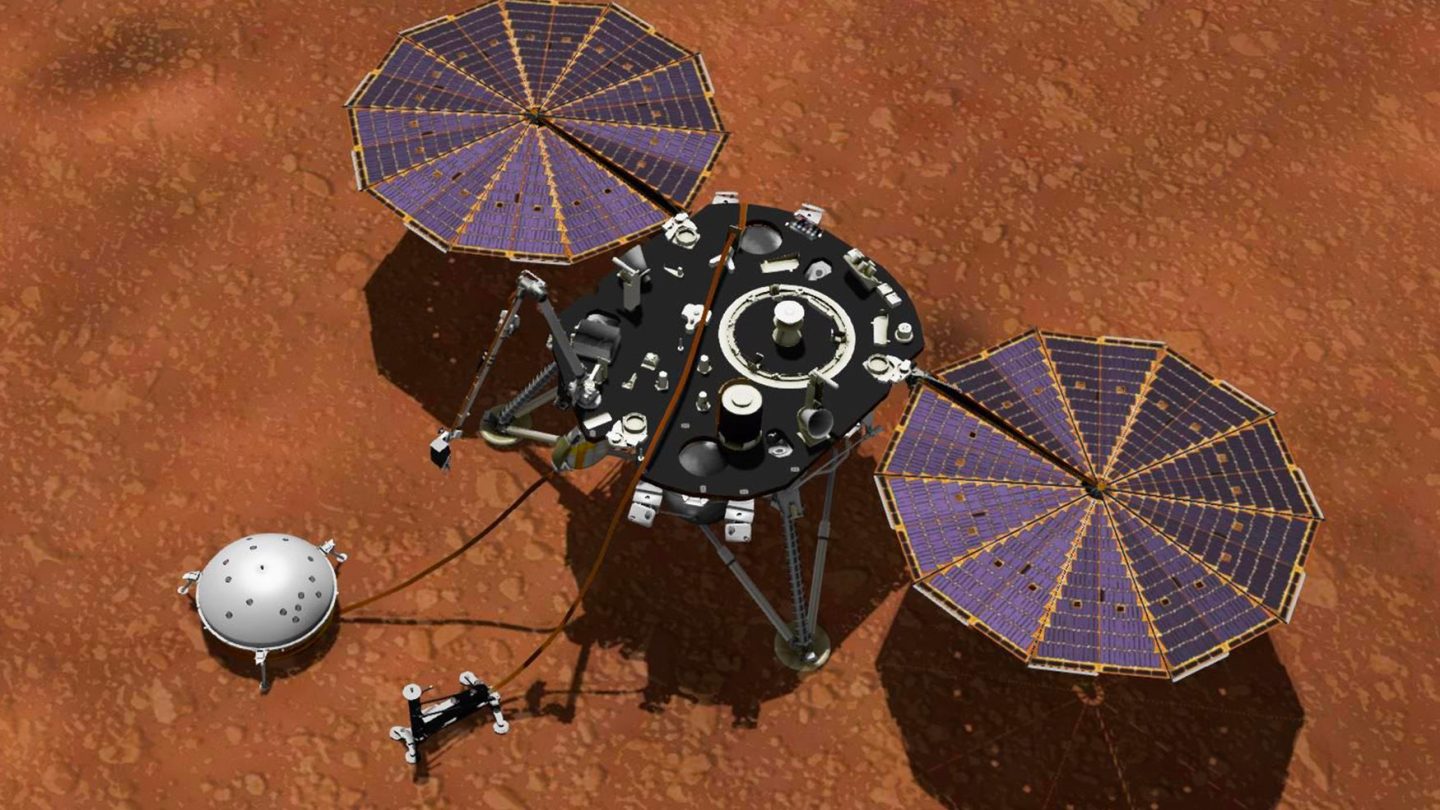 Time is running out for one of NASA’s spacecraft. The InSight Mars lander is dying, and NASA doesn’t have any big plans to keep it alive. To be fair, the lander has been on the outs for a number of months now. That’s because the dust that Mars’ various storms kick up has been gathering on the lander’s solar panels.

The InSight Mars lander is dying

NASA’s InSight Mars lander has been hard at work since it landed on the Red Planet back in 2018. Since then, it has worked hard to learn more about the seismic readings that Mars puts out. In total, the lander has recorded more than 1,300 marsquakes. In fact, InSight recently recorded the largest marsquakes to date, which measured at a magnitude of 5.

Throughout the past few years, though, the dusty nature of the Martian surface has taken a toll on the lander. NASA officials say they had hoped that a gust of wind, or even a dust devil, would help clear some of the dust off the solar panels.

Unfortunately, though, the craft hasn’t been that lucky. As more dust continues to cake on, the InSight Mars lander is dying, its power supply slowly petering out.

It’s a hard loss, but scientists at NASA’s Jet Propulsion Laboratory told Associated Press that the team isn’t focused on the doom and gloom of the situation. Instead, they are still focused on operating the spacecraft and capturing seismic readings as long as possible.

When will InSight run out of power?

Currently, NASA expects the InSight Mars lander to die sometime in July. The InSight team managed to clear some dust from one of the solar panels recently. Which they hope should help power it into the summer month.

The space agency expects the batteries to finally run out of juice in July, though. By that time, the dust on the solar panels will be so caked on that it won’t be able to recharge itself.

This isn’t the first time that NASA has lost a spacecraft to dust on Mars. In 2018, the Opportunity rover was lost to a massive global dust storm that hit the planet. InSight’s death isn’t quite as dramatic, as the dust has been accumulating over time.

Unlike InSight, other spacecraft exploring Mars, like Curiosity and Perseverance, rely on nuclear power. As such, dust accumulation isn’t as big of a deal. Still, knowing that the InSight Mars lander is dying has put an expiration date on the data that it generates.

The team says it will continue to monitor seismic activity until the batteries give out. Even then, NASA says that it will continue to check on the lander until the end of the year. It’s possible a strong gust of wind could restore some exposure to the solar panels in the coming months. But that’s just something we’ll need to hold out hope for.