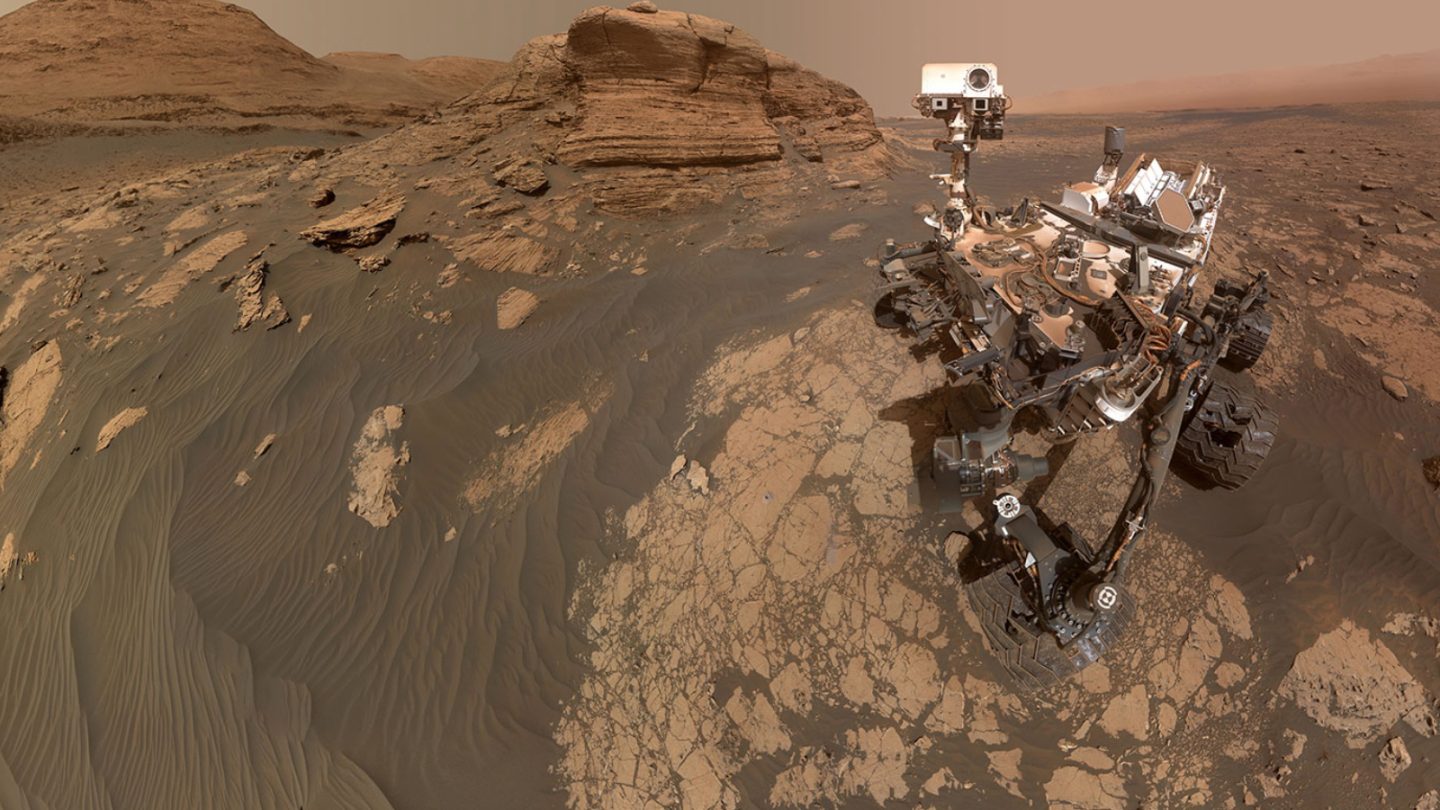 If you’ve been reading about Mars lately it’s probably because of NASA’s newly-landed Perseverance rover. The shiny new robot is really something, and it’s packed with all kinds of awesome tools that will allow it to conduct science on the Red Planet that has never been possible before. That said, it’s not the only rover on Mars, and NASA’s Curiosity rover is still going strong in its incredible campaign that is rapidly approaching a full decade of exploration.

Now, in a timely reminder that Curiosity is still doing amazing things, NASA has published one of the rover’s most stunning images yet. It’s a selfie that the rover snapped while sitting in front of a rock feature on Mars’ surface known as Mont Mercou. The image includes a number of interesting sights, including the wind-swept rock that the rover is sitting on and the carefully-carved dunes of dark sand that surround it.

The trusty rover snapped the selfie after drilling a hole to take a sample of the rocky material. If you look closely at the full-resolution image you can see the drill hole:

NASA offers the following description of the sample collection and its plans for the immediate future:

Curiosity’s drill powderized the sample before trickling it into instruments inside the rover so the science team could get a better understanding of the rock’s composition and what clues it might offer about Mars’ past. This area is at the transition between the “clay-bearing unit” Curiosity is departing and the “sulfate-bearing unit” that’s ahead on Mount Sharp, the 3-mile-tall (5-kilometer-tall) mountain that the rover has been rolling up since 2014. Scientists have long thought this transition might reveal what happened to Mars as it became the desert planet we see today.

It might look like a single image, but the selfie you see above is actually a whole bunch of different photos stitched together. You’ll notice that the rover isn’t actually holding “the camera” in the final image, and that’s because NASA is able to edit it out using photos shot from various angles, carefully piecing together the final image like a puzzle.

NASA says it had to take a whopping 60 individual photos using the camera mounted to the rover’s robotic arm in order to construct the final selfie. That’s a whole lot of high-resolution imagery flying from Mars back to Earth, and a lot of work on behalf of NASA to put it together. The result is absolutely worth it, of course, and you’d be hard-pressed to find a more gorgeous image taken from the Martian surface.

Curiosity is currently scaling Mount Sharp, and as it continues its trip up the mountain it will be stopping to conduct science and enjoy the view. Perseverance may be the new kid on the block, but Curiosity still has some tricks up its sleeve.