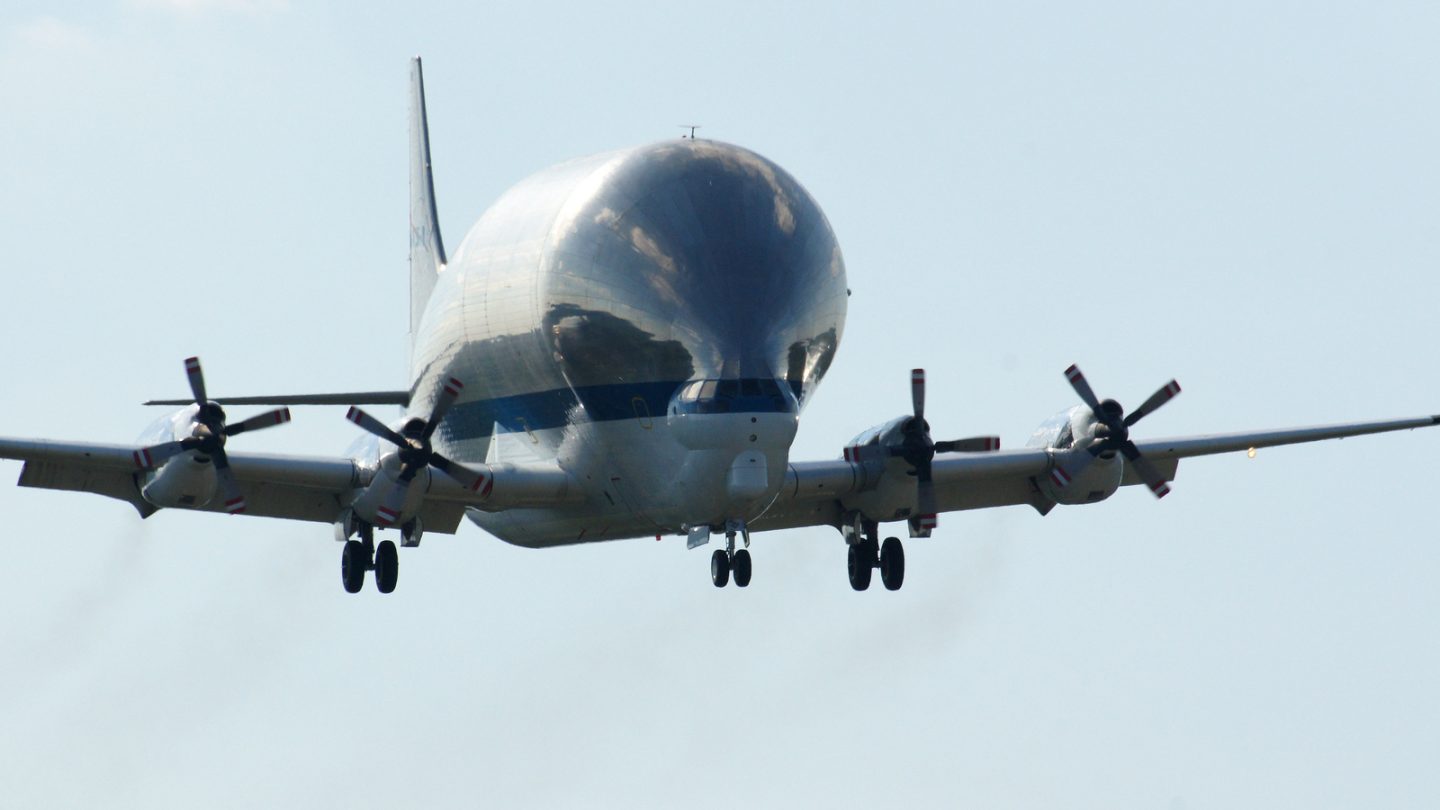 It’s not often that a piece of technology can still leave you in awe 50+ years after its creation, but that exactly the kind of magic Aero Spacelines captured when it built the Super Guppy. A behemoth of an aircraft, the Super Guppy is a special-purpose transport plane that continues to be used today — recently visiting Grand Junction, Colorado, on its way to make a pickup — and I just can’t get enough of it.

Looking more like someone’s attempt at a silly Photoshop than something capable of flight, the Super Guppy’s massive cargo compartment is built to haul huge objects, including other aircraft. Yes, this is a plane that carries planes, and it’s awesome.

Only five of the Super Guppy were ever produced, and today only one remains in active use. The last remaining Super Guppy is used by NASA to transport spacecraft components, having hauled every single piece of the International Space Station to the launch site, and it still has a full schedule ahead of it. The plane will transport the heat shield for NASA’s Orion Capsule and in the near future it will be used to haul the hardware of the Space Launch System once it nears completion.

As local news group WesternSlopeNow notes, the Super Guppy’s age means that its pilots have to sacrifice some of the common comforts of modern aircraft. The plane has no autopilot system, meaning that it must be operated manually at all times. When you consider its incredibly sensitive cargo, you can imagine how stressful it must be to navigate the hulking beast through the skies.

The Super Guppy weighs an incredible 101,000 pounds completely empty, and has a maximum takeoff weight of 170,000 pounds. Its maximum speed is just shy of 300 miles per hour, compared to the average jet airliner which can easily top 500 miles per hour when cruising at altitude.

Put simply, it’s big, kinda slow, and very old. Nevertheless, the Super Guppy still pulls its weight (pun maybe intended), needing only a crew of four to make its rounds, and it remains one of the easiest ways for NASA to move its massive hardware around the country. Long live the Super Guppy.