If you were given access to an incredibly powerful 144-ton hydraulic press and could crush anything you could possibly dream of, a stack of paper probably wouldn’t be at the top of your list. It doesn’t seem like an interesting thing to crush, but paper does some very weird things when subjected to immense pressure, and as the highly popular YouTube stars of the Hydraulic Press Channel discovered, it can turn downright violent.

As you’ll see in the video, the press gets to try its hand at crushing two different kinds of paper products — both standard A4 paper and thicker sheets of paper pulp — and it destroys both in fine style.

For the standard paper test, a full 1,500 sheets was used, and while the huge stack manages to absorb a lot of the pressure, it eventually succumbs to the assault and bursts into countless chunks and shards. I say “shards” because, unlike what you might expect, highly pressurized paper sheets tend to become one solid piece, and when it shatters it’s more like bits of brittle wood or plastic than anything resembling the leafy sheets it once was.

The sheets of pulp manage to have an even more dramatic reaction than the regular paper, standing strong as it’s being pressed but eventually exploding after sitting under pressure for a short while. The explosion is both loud and surprising, and it even manages to surprise the longtime crusher and channel host Lauri Vuohensilta. It’s a very cool video and an extremely interesting look at how something as simple as paper can act much differently under certain conditions. 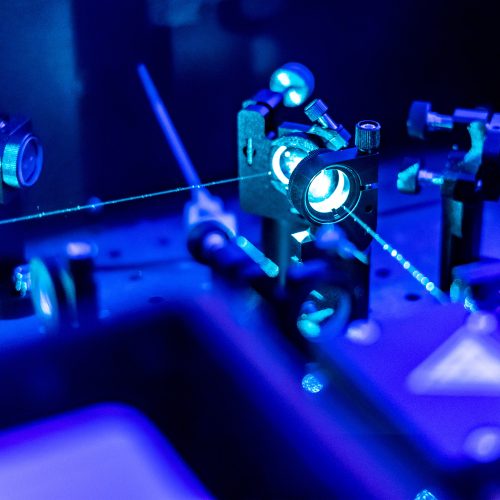 Researchers built a laser that can supposedly run forever