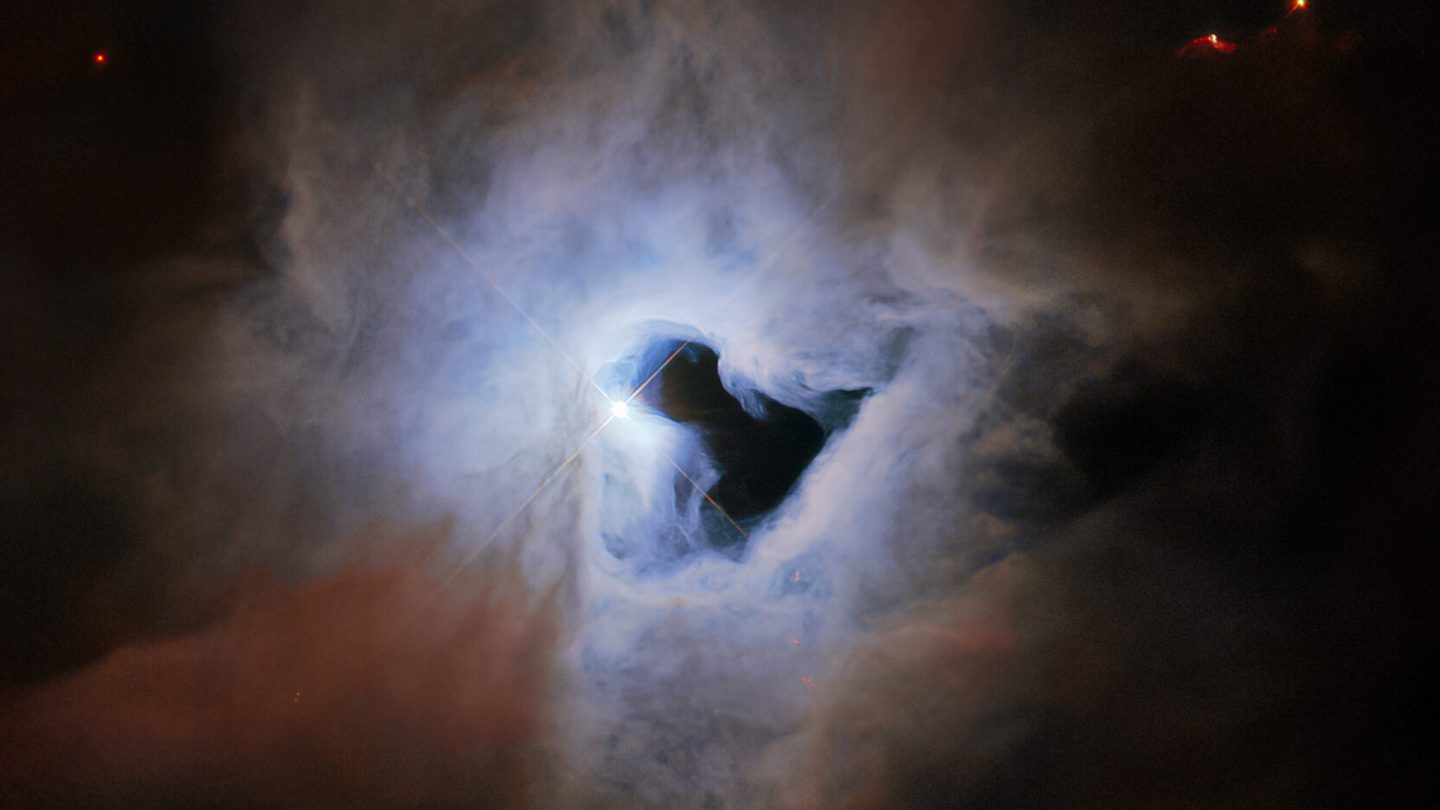 Hubble has captured a mesmerizing photo of a cosmic nursery found in Orion. The reflection nebula, which is known as NGC 1999, looks eerily similar to a keyhole. The nebula itself, the European Space Agency says, is a remnant of the formation of V380 Orionis, a newly born star formed in the area.

When the Hubble space telescope first captured an image of the cosmic nursery back in 1999 (hence the name), the dark void in the center of the nebula was believed to be a Bok globule, which is essentially cold clouds of dust, gas, and other molecules that are so dense they keep light from passing through, making it look like a void. However, now, astronomers know that this void is actually empty space.

The true origin of the keyhole-like hole is unknown. But the nebula itself is located around 1,500 light-years away from the much larger Orion Nebula. Previously, James Webb’s image of the Orion Nebula provided more insight into that cosmic nursery. It’s also possible that observations of NGC 1999 could provide similar insights into the nebula here, too.

NGC 1999 is also close to the very first recognized Herbig-Haro Object, HH 1/2. Herbig-Haro Objects are bright patches of nebulosity that are often associated with newly birthed stars, and they usually form when narrow jets of partially ionized gas are ejected by stars and collide with clouds of dust and gas nearby. While not directly related to the cosmic nursery, it is extraordinarily close to the nebula.

Looking for more space news? Check our BGR’s ultimate guide to the James Webb space telescope for more details about its observations. Astronomers are also studying the brightest space explosion ever, which could have given us more proof of dark matter’s existence.