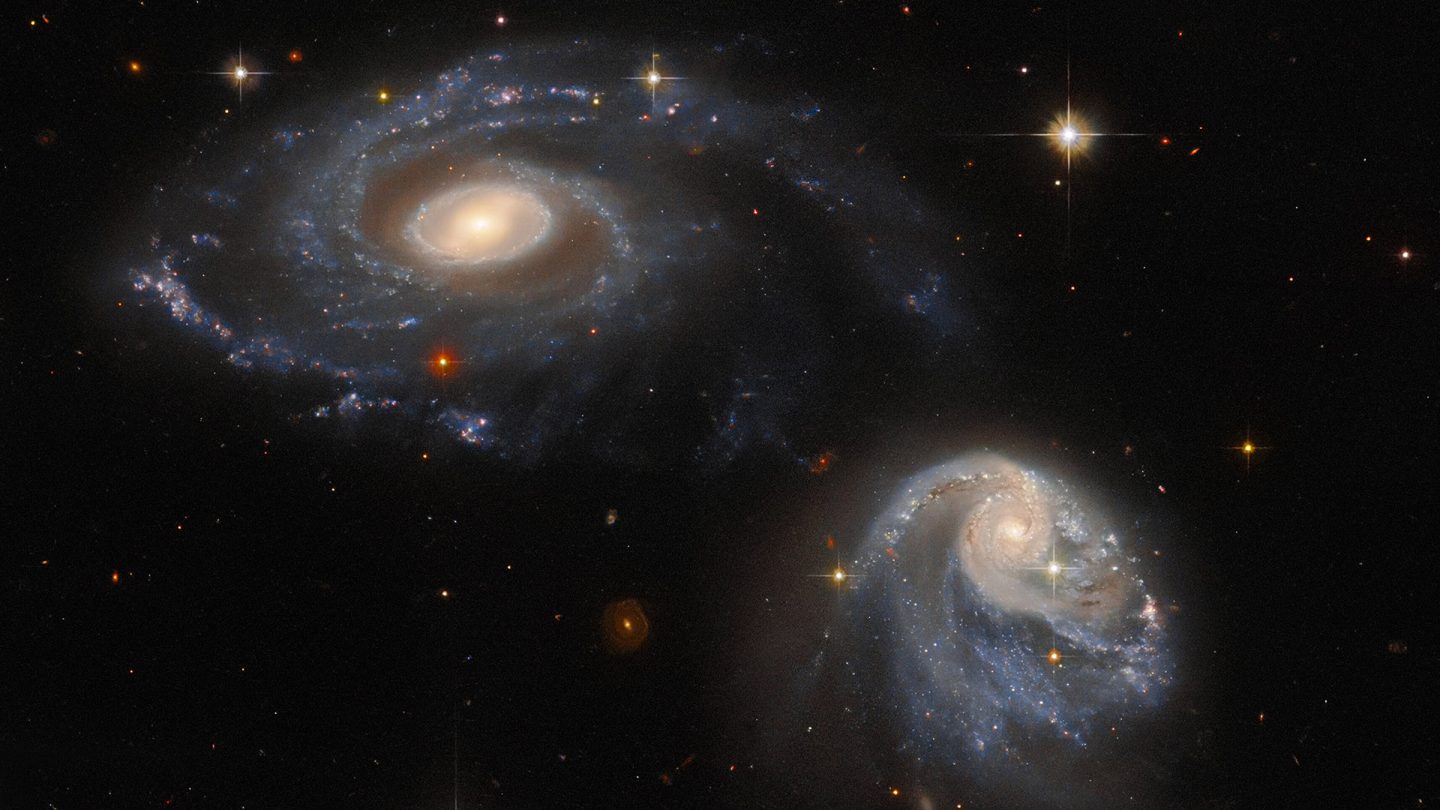 NASA’s Hubble space telescope might not be as advanced as the James Webb space telescope, but it still has plenty of punches left to throw. The latest punch comes in the form of a breathtaking new image of two intersecting galaxies known as Arp-Madore 608-333. The image is part of an ongoing collection of interesting galaxies that NASA hopes to study more in-depth in the future.

With NASA and SpaceX talking about ways to restore Hubble’s orbit, it shouldn’t be that shocking to see more images coming from the iconic space telescope. And, now that NASA has finally retired its SOFIA telescope, we’re going to be relying on any data Hubble and James Webb can give us to help push studies further. That’s why this newest Hubble image of two intersecting galaxies is so important.

Not only is the image breathtaking – pretty much anything about space can be classified as such – the image is part of NASA’s ongoing collection of interesting galaxies that it hopes to push researchers towards. The goal of this collection is to figure out more about the dusts that make up different galaxies, and how that dust interacts when we have intersecting galaxies like this.

The ESA says that deciding what and how to award Hubble’s observing time isn’t easy. In fact, it’s a drawn-out, competitive, and overall difficult process. As such, these observations are allocated to every last second of observation time that the agency can eke out of it. This newest Hubble image of two intersecting galaxies was taken during what NASA and the ESA call a snapshot.

Snapshots are basically the times when NASA doesn’t have Hubble set to an active target. And because the time that Hubble has to offer is limited and extremely competitive, these snapshots help take advantage of those target changes. From there, NASA is able to look at these images, like the one of the two intersecting galaxies, and decide if it should target it more closely.

NASA also recently released an image showcasing how a James Webb and Hubble team-up might look, and honestly, this kind of data could help take our studies of the universe even further.