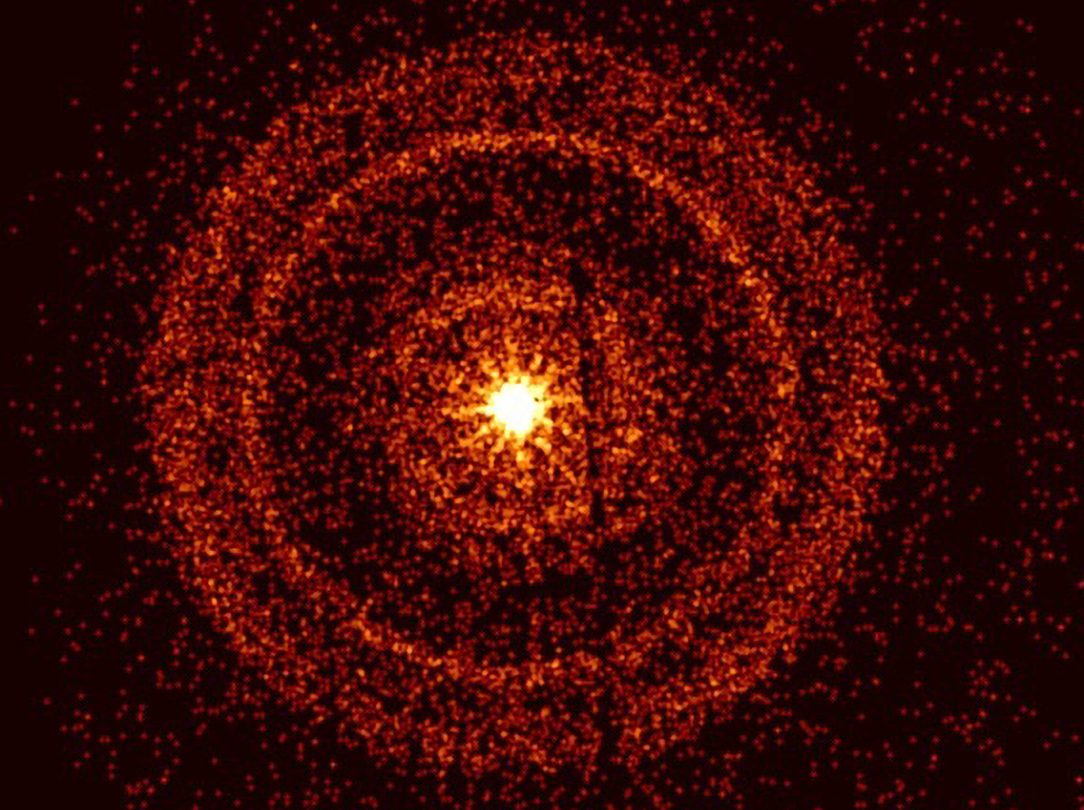 A massive gamma-ray burst may have finally given scientists a glimpse of proof that dark matter actually exists. Proving the existence of dark matter has been a goal of the scientific community for decades. While we’re pretty sure the compound exists, we have yet to find a definitive explanation for what it is, or how it reacts with our universe. Now, though, that could be changing.

A massive cosmic burst that is being heralded as the BOAT (brightest of all time) was detected in early October. The burst, which is believed to have come from 2.4 billion light-years away, may have also provided proof that dark matter exists. Not only was it strong enough to not only show up on our telescopes, but it also caused the Earth’s ionosphere to grow for a short time.

This proof comes in the form of a high-energy photon, which some scientists believe may have come from a cosmic burst. The high-energy photon may be proof of dark matter because it was clocked at 18 teraelectronvolts (TeV). This is four times higher than anything we’ve seen from a gamma-ray burst in the past. Additionally, the high-energy photon should have been lost on the way to Earth.

Now, while it may indeed be proof that dark matter exists, and this particle, as well as another documented around the same time, could provide insight into the unknown material that we believe holds our universe together, it’s not wholly proven that the high-energy photon originated from the cosmic burst.

Perhaps, with more time to study the data, this cosmic burst can help us finally crack the dark matter mystery and provide proof of the part dark matter plays in our universe. If not, it at least gives us more information to work with to help us better understand these gamma-ray bursts.