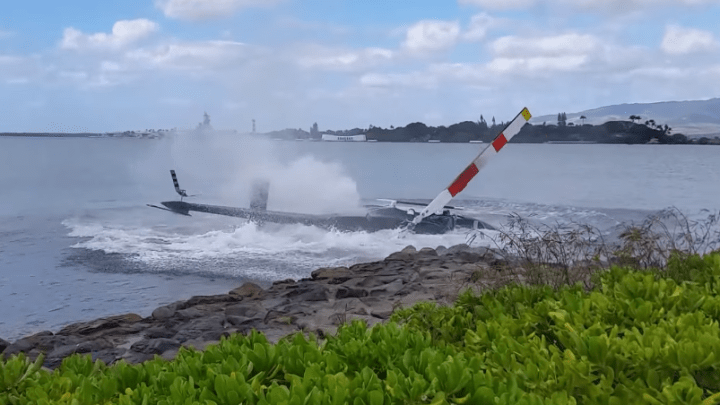 We can’t get enough of scary landings caught on camera here at BGR and this morning we found one of a helicopter that made an emergency crash landing into the ocean at Pearl Harbor in Hawaii. Posted by YouTube user Shawn Winrich, the video shows a tourist helicopter stalling midair and then crashing down near where the Pearl Harbor visitor’s center is located.

BBC News brings us word that there were 5 people in the helicopter at the time of the crash, including one 16-year-old male who was critically injured. None of the other passengers seem to have suffered significant injuries as a result of the crash, however.

Interestingly, Winrich says that he very recently took a flight on this helicopter and that it was delayed from taking off at the time due to another crash landing in the area.

“I was on that exact helicopter 2 weeks ago with Genesis helicopters,” he writes on his YouTube page. “It was a wonderful flight when we got to it. We were delayed taking off and had to sit on the taxiway hovering, waiting for the airways to clear for the plane that crash landed on the waterway due to engine and landing gear failure.”

Here is the helicopter going down in real time:

And here it is in slow motion: