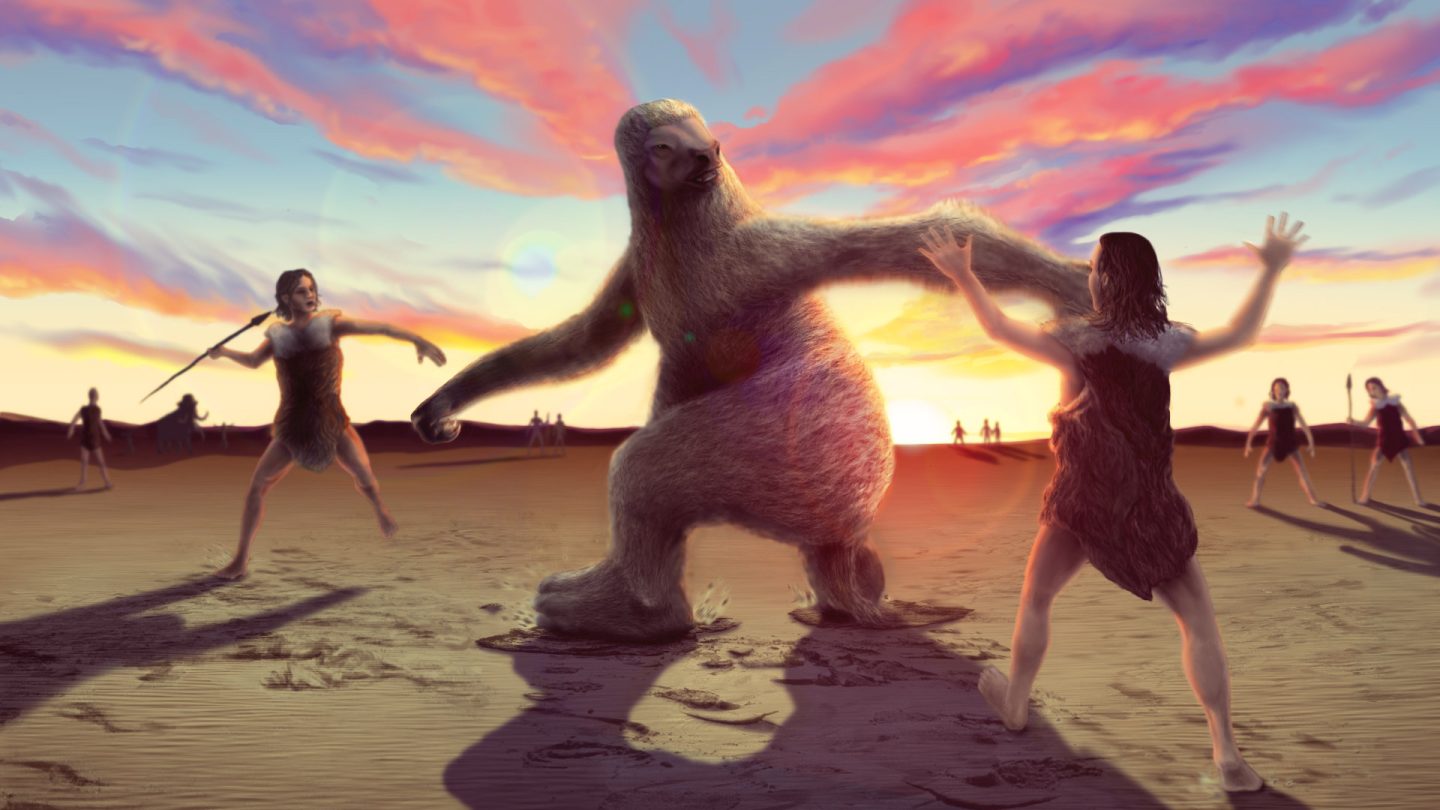 There’s plenty that archaeologists and paleontologists can learn from the bones and other artifacts left behind by ancient creatures and mankind’s own ancestors. Researchers can figure out what they looked like, where they lived, and who ate who, but painting a detailed picture of more advanced behavior is much more challenging. How ancient humans hunted, for example, is a huge topic of interest for many scientists, but evidence to support any theories is pretty rare.

A newly-discovered collection of fossilized footprints is giving researchers a rare glimpse into the past and helping them tell the story of how our ancestors once brought down a now-extinct creature that would have towered over them: the giant sloth.

The footprints, where were discovered at the White Sands National Monument, part of which is a US military testing ground. Today, the dry, barren location is a great place to test missiles without the risk of casualties, but 10,000 years ago it was the site of an epic battle between ancient humans and a massive ground sloth.

Giant sloths went extinct thousands of years ago, but at one time they were the target of human hunters. The reason for the species’ extinction is still debated, but some scientist blame overhunting as the cause. What these new footprints tell us for sure is that our ancestors seemed to have a pretty good idea of how to take them down, with circling footprints of multiple hunters surrounding one such sloth distracting it while others presumably attacked it with spears or other crude weapons.

“Geologically, the sloth and human trackways were made contemporaneously, and the sloth trackways show evidence of evasion and defensive behavior when associated with human tracks,” the researchers write in the study, published in Science Advances. “Behavioral inferences from these trackways indicate prey selection and suggest that humans were harassing, stalking, and/or hunting the now-extinct giant ground sloth in the terminal Pleistocene.”

Whether violent confrontations such as this were ultimately the cause of the giant sloth becoming extinct will likely never be conclusively proven, but the evidence that humans hunted these so-called “megafauna” on a large scale is mounting. Maybe that’s why modern animals are so darn small?