One of the first coronavirus conspiracy theories that emerged in the early days of the pandemic concerned the origins of the virus. A variety of messages, articles, and controversial documentaries were shared on social media, offering variations of the same narrative. The coronavirus was supposedly created in a lab in Wuhan, and it was then released into the wild either intentionally or by accident. The science that explained the actual evolution of the virus was unfortunately not shared as widely on social media. But teams of researchers have analyzed the genome of the virus, proving that it could not have been engineered in a lab. It’s still possible that the virus escaped from a lab, but it’s clear that the virus has evolved naturally.

China did not help alleviate concerns, failing to explain the origins of the virus or share with the world the identity of the first patients who were infected in Wuhan at some point in 2019. The country did say that the Wuhan market was not the source of the virus, however. China also claimed many times that researchers in Wuhan did not create the virus. However, Chinese officials resisted international investigations of COVID-19’s origin, and it only recently reached an agreement with the World Health Organization (WHO) on a future international joint operation in the country to determine how the pandemic started.

Conspiracy theories that say the virus was created in a lab have not died down, despite all these developments. The latest one comes from a whistleblower from China who talked to the media a few weeks ago, claiming she had evidence that China lied about the origin of the virus. We explained at the time that Dr. Li-Meng Yan’s claims are completely unsubstantiated, as the virologist who fled China failed to provide any convincing proof. We also warned that such claims can do more harm than good, further fueling conspiracy theories that do not help with COVID-19 containment plans. Yan is now back with a full report that supposedly proves the virus was engineered in Wuhan. Spoiler alert: It doesn’t prove anything.

Yan partnered with two other researchers to publish a paper in Zenodo, via New York Post. That’s not a medical journal, but rather an open-access repository. The paper has not been reviewed by any peers.

The paper is titled Unusual Features of the SARS-CoV-2 Genome Suggesting Sophisticated Laboratory Modification Rather Than Natural Evolution and Delineation of Its Probable Synthetic Route, leaving no doubt about its purpose. The paper claims that the virus “shows biological characteristics that are inconsistent with a naturally occurring, zoonotic virus,” and provides evidence that supposedly “strongly contradicts” the natural origin theory.

Yan and her colleagues say a virus like the novel coronavirus can be created in a lab in just six months using different bat-derived coronaviruses. The “whistleblower” also suggests that the researchers who have shown the virus evolved naturally may be wrong. Additionally, they ask for more research into the origins of the virus, including the Wuhan labs, where they claim the virus was created.

What the Yan report Yan doesn’t offer is the kind of damning evidence that a whistleblower would normally provide. The scientist said in previous interviews that she had hard evidence on hand, including proof that the virus was engineered in a lab and that China knew all along what it was dealing with. Yan’s report includes no such evidence or proof. Instead, we have what appears to be a well-documented theory that needs further scrutiny from other researchers who have studied the genome of SARS-CoV-2 since December. They could either confirm her hypothesis or debunk the research, which is critical, given the sensitive subject of the report.

Yan’s research is hardly the first paper that proposes the idea that the virus was created artificially in a lab. Other researchers promptly dismissed the previous one, however. Chinese authorities have denied that Yan had worked on coronavirus research before leaving China in April, and said her claims have no scientific basis.

As it stands right now, Yan’s paper is likely to do more damage than good. Again, it provides no hard evidence whatsoever — yet conspiracy theorists will still undoubtedly use it in support of their dangerous, baseless claims. The true origin of the virus is still essential knowledge, as it could help authorities better understand how COVID-19 started spreading and prevent similar pathogens from taking the same course. Hopefully, the upcoming WHO investigation will provide some insights in that area. 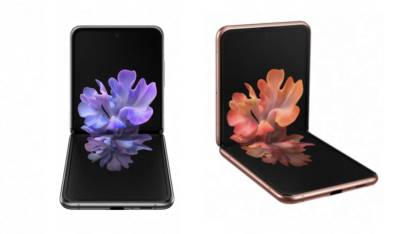