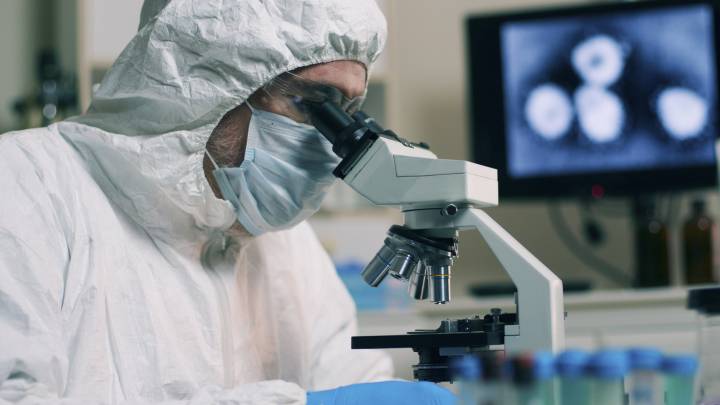 At least seven coronavirus vaccine candidates have now reached Phase 3 trials, which gives us hope that at least one of these drugs will be effective and safe. Three of these vaccines are made in China, one in Russia, and the other three come from Europe and the US. Russia and China have already approved their drugs for emergency use, with the former drawing plenty of criticism for the lack of scientific data that would back up the decision to push for early approval. The three drugs that are being tested in America, Europe, and other countries are currently the front-runners in the COVID-19 race in Western countries — these are the Moderna, Pfizer/BioNTech, and AstraZeneca/Oxford vaccines. While there’s hope that at least one of the first experimental vaccines to reach Phase 3 will be approved for COVID-19 prevention, there are no guarantees any of these seven vaccine candidates will actually work.

Thankfully, there are more than 160 other vaccine candidates in various stages of testing, so hope for a successful vaccine won’t die even if all seven of the aforementioned drugs fail. Some of the other vaccine candidates are also set to reach the advanced stages of clinical trials soon. One of these experimental drugs will hit Phase 3 later this month and could enroll more volunteers than any of the others. More importantly, the researchers behind it say this might be the first drug that has been able to demonstrate it can prevent severe illness and death after the subject’s direct exposure to the virus. There is a big caveat, however, as the results come from preclinical trials and the subjects weren’t human.

The first results surrounding COVID-19 immunity and vaccine development came from animal trials. Researchers studied rhesus macaques to prove that immunity against reinfection follows after exposure to SARS-CoV-2. The Oxford scientists showed their vaccine could prevent the virus from spreading to the lower airways after exposing the same species of monkey to the virus.

Johnson & Johnson (J&J) researchers chose Syrian golden hamsters to study the evolution of COVID-19 in both vaccinated and unvaccinated animals, showing that the drug can prevent severe illness in hamsters that received the vaccine.

The scientists found that a single shot of the test Ad26 vaccine candidate is enough to prevent the virus from inducing a severe case of COVID-19 in hamsters. The drug elicited the desired immune response, creating binding and neutralizing antibodies. “Our data demonstrate that a single immunization of Ad26-S.PP provides robust protection against severe clinical disease after high-dose SARS-CoV-2 infection in hamsters,” J&J researchers concluded in the study that was published in Nature. “To our knowledge, vaccine protection against severe SARS-CoV-2 pneumonia and mortality has not previously been reported.”

The researchers explained they had chosen the hamster as the subject of the preclinical trial because macaques do not develop severe COVID-19 after exposure to the virus. “A severe disease model would be useful to complement current nonhuman primate challenge models because protection against viral replication does not necessarily imply protection against severe disease,” the study reads. “Indeed, in the histopathologic analysis of hamsters in the present study, viral loads in lung decreased from day 2 to day 7, whereas inflammatory markers continued to escalate during this time period and correlated with continued weight loss.”

The experimental J&J drug was able to prevent severe courses of COVID-19. The immunized hamsters lost less weight than the control group and they did not develop severe pneumonia. None of the subjects died.

This is a promising development for the drug. The main goal of vaccines is to prevent infections, but if people do get infected even after immunization, vaccines could reduce the risk of complications and death. We do not have such conclusions from any vaccine candidate that’s currently in clinical trials. And J&J has yet to formally publish results from its Phase 1/2 trials.

The company will move to a Phase 3 trial later this month, and it’s hoping to incorporate 60,000 volunteers in the study. This would make it the largest vaccine trial so far, per CNBC. Coronavirus vaccine trials have to include at least 30,000 volunteers in Phase 3 trials in the US to show their efficacy and safety. J&J is using the same technologies for its coronavirus vaccine that were employed for the experimental Ebola vaccine the company made for the Democratic Republic of Congo. The new Ad26.COV2.S drug combines genetic material from the novel coronavirus as well as a modified adenovirus that would cause common colds in humans.

“With our Phase 3 trials planned to start this month, we remain committed to expanding our manufacturing and distribution capabilities to enable global access to our SARS-CoV-2 vaccine candidate should it prove to be safe and effective in humans,” J&J Vice Chairman of the Executive Committee and Chief Scientific Officer Paul Stoffels said in a statement.